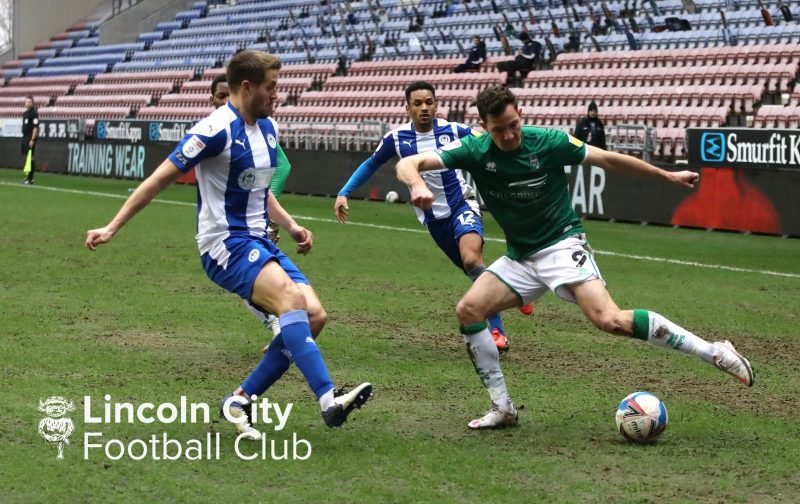 Following yesterday’s 2-1 win away at Wigan Athletic in League One, I asked the Vital Lincoln City members what three things they learned from the match.

You can discuss what has been said in this article HERE, as well as many other topics on our 100% Imps forum! We have also published a Lincoln City v Wigan Athletic Quiz, which can be found just below the three things. Every page view helps raise money for Lincoln City Football Club!

1. It’s a cliche, but they say that the mark of a good team is to play badly and win. I wouldn’t quite go so far as to say we played badly, but we weren’t the best team on the pitch, and we won. They had about 4 shots from within the six-yard box in the last five minutes and not one of them was on target. That’s either great defending or luck – and today I thought it was luck.

2. Scully has that knack that good strikers have of being there for tap-ins. It looks like he’s taken a bit of a knock and might be out for a little while, and he’ll be missed.

3. On the other hand, I’m not sure I’ve ever seen Tom Hopper score a tap in. Headers from close range, yes, but not tap ins. Neither have I seen him pick up the ball 40 yards from goal and outpace the defence before executing a cheeky little turn and popping one in the top corner. Today was the day.

Did you watch the match yesterday afternoon? Don’t forget to Rate The Players, Vote For Your Man of The Match, Rate The Ref and share your views on our Match Thread!