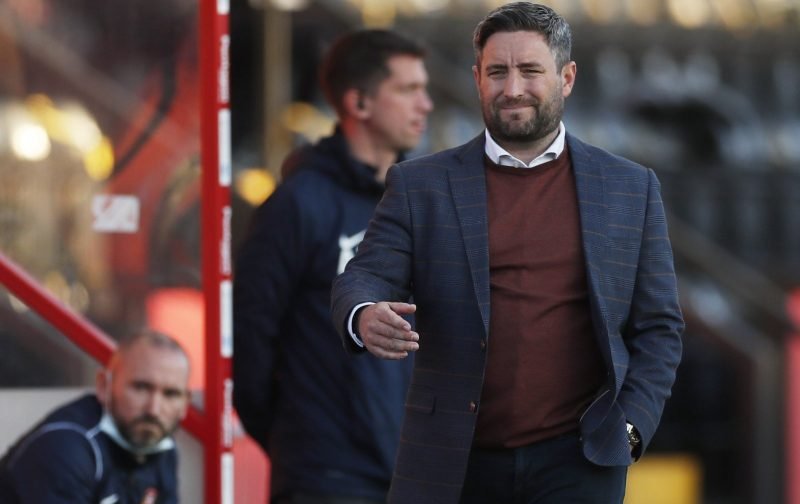 The last time The Imps faced today’s opponents Sunderland at the Stadium of Light was on Saturday 20th March. City came from behind to come away with a point that day. Callum McFadzean put the hosts ahead in the 40th minute, and Callum Morton made it 1-1 in the 63rd minute.

Ahead of today’s match, we have done a Q&A with one Sunderland supporter, so thank you to Michael (Report Report) for answering our questions!

I have been a Sunderland fan for as long as I can remember. Being from Ireland, it is rare to find Sunderland fans here. My first game was the derby against Newcastle in 2002 when I was 8. I have been hooked ever since and have had a season ticket on and off over the years. I have renewed for next season.

Due to the early curtailment of the season due to Covid, Sunderland found themselves outside the play-offs in 8th due to the PPG system. Many of us fans felt harshly treated by this as we were in decent form at the time and were certainly in with a shout of the playoffs. It was what it was though and if we are honest with ourselves, we probably did not deserve to go up considering the horrendous run we went on under Phil Parkinson pre-Christmas 2019.

Lee Johnson. Is he the answer? An honest appraisal of Johnson. Pros and cons from what you’ve seen so far?

I like him. I like his style and approach. He certainly has not got every single thing right in his time so far but he has shown potential.

It must be stated that this is not his squad and he is coaching a group of players that was assembled by the previous regime. The reintroduction of Aiden McGeady was a smart move and he has also got the best out of some players that were not playing particularly well before his appointment.

The criticism of Lee Johnson is that he speaks in fancy coaching language and that he is sort of spoofing. Whether you believe that or not, he cannot be criticised too much for where he has got us.

Fans also complain about him failing to know his best 11 but it is sort of difficult to criticise him for this considering we have not had a settled defence all season due to injury.

If we are in League 1 next season, I believe it is imperative that we get out of it with our new owner. If we don’t, it will be seen as a complete failure.

Promotion, certainly. That quickly evaporated after three months of turgid football under Phil Parkinson. I think after that, we were happy to reach the play-offs but after our brief flirtation with the automatics around Easter, there is a little disappointment on how the season ended.

Aiden McGeady. The best player in the league by a country mile and has the ability to change a game in one moment. We truly wouldn’t be where we were without him. It beggars belief that Phil Parkinson ostracised him.

I think the top 2 were always favourites. I expected more from ourselves though along with Charlton and Portsmouth. Lincoln and Blackpool were certainly the surprise packages for me.

It was hard to know really with the aftermath of the pandemic. I would have AFC Wimbledon and Rochdale would struggle. I think there is a lot of teams at a similar level down the bottom.

An exuberant side with flair and zest. I really like them. Michael Appleton is a good manager and he is showing it. I am surprised he is at League 1 level, to be honest as he has shown his capabilities. You have some really good attacking players and I think the approach with youth has shown its dividends. As an Irishman, I keep an eye on the Irish guys across the league and I like Scully. He does not always start but his goalscoring record is impressive.

After our 0-2 defeat in the first leg, it is clear we have to go for it. We will too. I still believe we are in this tie. I think we will win 2-0 and it will go to extra time. After that, it is a lottery.

Jorge Grant. Someone in midfield who can play the ball quickly. I think it is something we are missing.

Proudest would be seeing how everyone came together during the pandemic and supported fans that were struggling. Sunderland fans are so generous to each other and I am proud to be part of a fanbase like that.

Embarrassing would be the portrayal of our club through our toughest times on Netflix. I watched it but found it tough, especially the first series which quite frankly was embarrassing. Thankfully that is behind us now.

Probably Denver Hume. I like him a lot. I think he has all the attributes to be a top full back in higher divisions. His defence can be questionable at times but this will improve with age.

Sunderland 3-2 Chelsea, May 2016 was a fantastic win. The noise was deafening as Jermain Defoe scored the winner late on. Any of our wins over Newcastle were also thoroughly enjoyable.

I have enjoyed some of our away days too in League 1. Rochdale away in 2019 stands out when George Honeyman got the winner.

Play-off Final 2019. Pathetic display on the biggest occasion. Was so downbeat after that. I don’t think we really got over that last season.

The people. Everyone is so generous and welcoming. I have yet to meet one person in the city who is not a genuinely kind person.

Also love Seaburn which is just outside the city on the coast. A lovely place.

Are we the team Sunderland wanted to face in the play-offs?

You can arguably say yes considering our form coming into it. Though I do not think anyone has come into this play-offs series in good form. With the first leg over, it is still all to play for.

Will we make Sunderland ‘Til I Die season 3?

I don’t think they are producing a third series thankfully!!

How do you think your club would fare in the Championship with the current squad?

Not well. No matter what happens this summer, there will certainly be an overhaul of the squad. I think we need to take a leaf out of Lincoln’s book and go towards youth. We will have a completely different look next season especially with us having so many players in the final year of their contract.