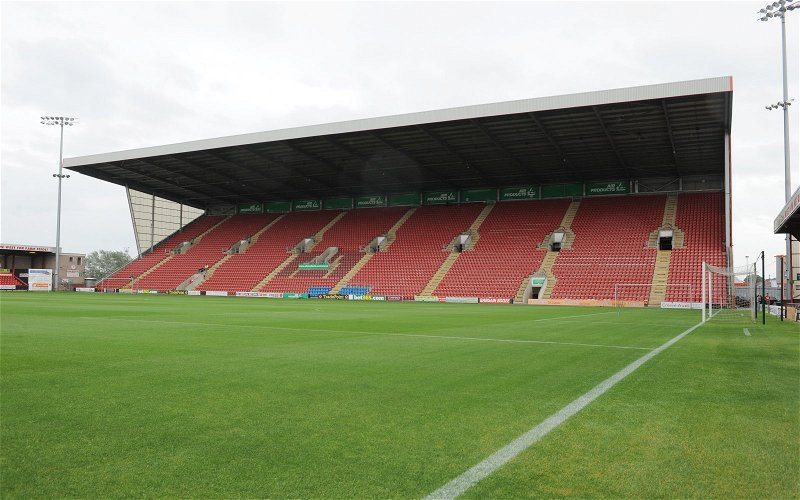 The last time The Imps hosted tomorrow’s opponents Crewe Alexandra was on Saturday 6th May 2021. City won 3-0 that day, thanks to goals scored by Morgan Rogers (21′), Conor McGrandles (52′), and Brennan Johnson (80′).

Ahead of tomorrow’s match, we have done a Q&A with a Crewe Alexandra supporter, so thank you to Stuart for answering our questions!

If you would like to get involved with the conversation on 100% Imps, you can discuss what has been said in this article HERE. Every page view helps raise money for Lincoln City Football Club!

How long have you supported Crewe Alexandra?

I’ve been going to the Alex since the mid-90s, which is worryingly closing in on 30 years now.

That’s a difficult thing to answer, considering he was given the role at tea time on Thursday. I hope he gets a good summer behind him and sorts out the squad, as it is a bit of a mess at the moment. He’s done OK with the three games he’s had as interim manager, but it would have taken a magician to have turned this squad around.

What were your hopes and expectations for the 2021/22 season?

You won’t see our next best young player coming through, Zak Williams, as he went off injured last weekend, his season is over. We’re not sure yet what type of player Tariq Uwakwe is, so he could be worth keeping your eye on.

At the start of the season, which teams did you think will finish in the top six in League One?

I was sucked into the money being spent by Ipswich at the start of the season. There were so many ‘names’ in League One it was always certain some of them would be missing out, I didn’t think it would be them though.

At the start of the season, which teams did you think will finish in the bottom four in League One?

I think the same ones everyone thought at the start of the season, those with the smallest budgets, Morecambe, Fleetwood, and Cambridge. Lots of people tipped Crewe, which I just didn’t see at the time.

Good club, strong fanbase for the size of the city and where the club has been in recent years, horrible travel across the country to get to away games.

Despite Crewe being 145 years old, Alex Morris is only the 26th person to be the manager in the club’s history.

I’ll take anyone that can help us keep a clean sheet, it’s now over 3 months since our last one. John Marquis always seems to score against us too, so maybe having him on our side would be useful.

What are your proudest and most embarrassing moments as a Crewe Alexandra supporter?

Embarrassing would be this season, and with us running the podcast, trying to find new and different ways to talk about another loss.

Proudest is the way the club has worked over a long period of time, bringing through players, and giving them opportunities to grow into first-team players.

I’m not sure there is one this year, but if I change the question completely and talk about the most improved it would probably be Dave Richards, the goalie, even with the stat about no clean sheets since January.

Yes, they were set up a few years ago now, primarily to oust a board member out of the club. That was achieved thanks in large part to donations from supporters. Their role now is to sit in on board meetings and give the fan’s perspective over to the board and be that link.

Which was your favourite match involving Crewe Alexandra?

QPR 0-0 Crewe at the end of the 2002/03 season, it meant Crewe were promoted back to the Championship at the first attempt. That season had been an amazing experience as a fan, it was a terrific Crewe side and was when I was able to give all my time to going to games. I think I missed just 6 games all season. The game wasn’t a classic, and QPR finished with 9 men, but the feeling at full time was superb.

Which was your least favourite match involving Crewe Alexandra?

There’s been a lot of contenders this season, I’ll pick one from last season. Crewe 0-3 Burton. It wasn’t the worst scoreline of the season, but looking back on it now, the manner in which we conceded the 3 goals before half-time was a warning of what was to come.

Do you have a Former Players Association at Crewe Alexandra?

Not that I’m aware of, if we do I apologise.

What are your hopes and expectations for next season? Relegated sides usually hope for a quick return, but it doesn’t always happen.

I don’t think we’ll be near the top next season; this won’t be fixed over one transfer window; we don’t have the budget to bring in 3-4 players that will propel us to the top of the league. I think a boring mid-table finish with some green shoots will be as good as it gets next season.

How do you feel about Saturday’s game? Is it a final fling or not worth bothering about?

I’ll watch it, but there’s no real interest now. We were watching as it was seen as Alex Morris’ job interview, but he seems to have passed that process now. So, it’s now all eyes on the summer. 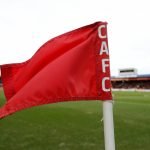 Have a go at our Lincoln City versus Crewe Alexandra Quizzes, published last season (they were all correct at the time they were published):

Who Are Ya? – Crewe Alexandra (Q&A):https://t.co/C2onRCtrmQ#ImpsAsOne #CreweAlex