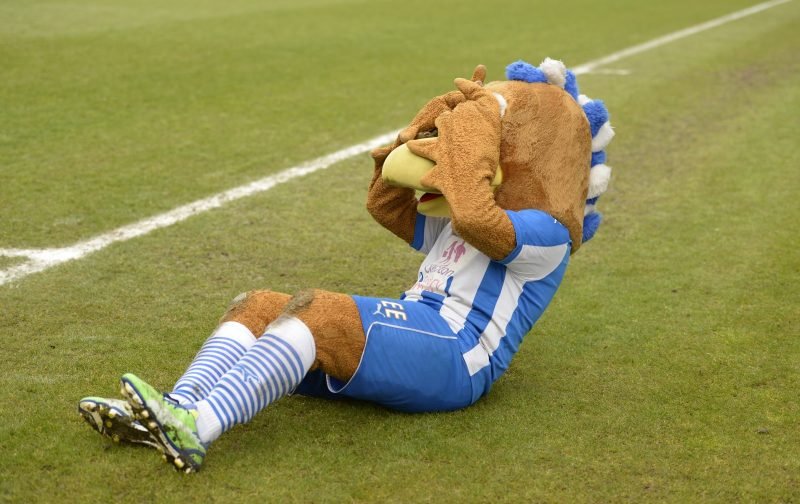 Thank you to Colchester United supporter Andy for answering these questions!

How Long Have You Supported Colchester United?

We finished 8th, one place and 1 point (well, two if you count goal difference) outside the playoffs, on 69pts.

What Do You Think Of Your Manager?

Personally, I think John McGreal is a good manager, but not an exceptional one. After last season I was hoping to see more improvement in his game management, decision-making on tactics, squad selection etc. than has been evidenced. Far too many points have been dropped this season sitting deep trying and failing to hold on to slender leads, and some of our particularly lacklustre defeats against teams at the wrong end of the league have been unacceptable. No one has a divine right to success, but with the talent we have available, and the facilities to support that talent, failing to even make the playoffs this season isn’t good enough. I’m not a big fan of the managerial revolving door, so if our Chairman decides to keep John as manager for 2018/19, so be it, but next season will have to be last chance saloon for John McGreal.

Ha – well, mathematically, the playoffs are still possible, so if you chaps would oblige by rolling over on Saturday, that would be very much appreciated. Realistically, we’ll finish lower and with fewer points than last season – 11th on 65pts is about as optimistic as I can be right now.

This is the really frustrating thing, because we genuinely do have a squad brimming with talent on their day, but those days are too far apart and not particularly well aligned with each other. Rather than listing the pros and cons of most of the squad, I’ll choose Tom Eastman – big lump at the back who is generally very steady, very reliable, hard-working and pops up occasionally at corners with a goal. This season, he’s also added rampaging up the right as a wing back to his repertoire, and he’s not bad at it at all. Szmodics was grabbing all the goal-scoring headlines (certainly up to Christmas) but goes missing far too often in games. Wright and Jackson on the wings look the part but usually struggle to find a good delivery.

As they are now I reckon.

Chesterfield are doomed, and much as I’d want them to be accompanied by Grimsby (can’t stand the place or the supporters), I can’t see Barnet escaping, unfortunately.

Obviously, you’ve had a very good season and congratulations for that. This will actually be my second trip to Sincil Bank this season, as I was in the away end with some Spireite mates for the Chesterfield game (we were in town for a beer-fuelled weekend). I’ll be honest, in a game when all three goals were effectively scored by a very poor Chesterfield (and still they lost 2-1), I didn’t think you looked that handy at all. However, as the season draws to a close, the table doesn’t lie.

Random Fact About Your Club?

We were the first team to get knocked out of the FA Cup without conceding a goal in open play.

I wasn’t at the Leeds game, so my proudest moment was being on the terrace at Yeovil to see little Colchester United get promoted to the Championship in May 2006. Most embarrassing – plenty to choose from over the years, but losing 4-1 at Bedlington Terriers ranks quite highly on the list.

We don’t – we have a Supporters Association (CUSA), but any connection between the club and CUSA has pretty much disappeared these days.

As above, promotion to the Championship at Yeovil in May 2006.

Colchester United at Yeovil in May 2006 – probably the most nerve-wracking, tense, anxious 90 minutes I’ve ever had to endure watching Colchester United – the 0-0 draw was well worth it in the end, but not much fun at the time.