Who Are The League One Managers? No.3: Neil Critchley (Blackpool) 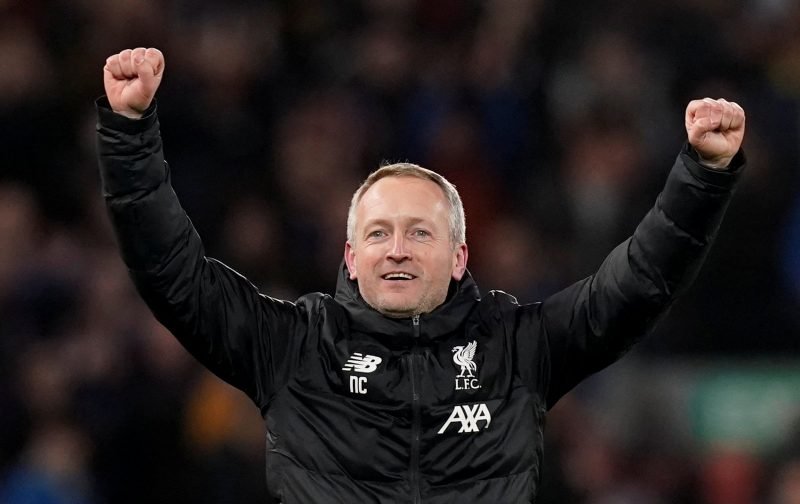 Hands up if you can give three facts about new Blackpool head coach Neil Critchley: Liverpool U23, Blackpool, and…? Well, you are not alone. Rather than plunder the familiar merry-go-round of journeyman managers, Blackpool have employed a degree of foresight in filling a post that has seen no fewer than nine incumbents in a little over six years. With such a poor recent managerial history, it is no surprise that Critchley has been appointed with a view to establishing a stable template for the future. The Oystons are history, and new owner Simon Sadler believes he has appointed the right man to carry his club into a new era.

Born in Crewe on 18 October 1978, the young midfielder signed for his hometown club in 1989 at the age of ten. Crewe had been traditional Football League strugglers, with only two promotions in their entire history. That was about to change under Italian-born manager Dario Gradi, who had taken the job at Gresty Road in 1983. Although only part of the youth set-up at the time, the young Critchley was able to witness a playing and organisational revolution under Gradi that would carry Crewe from the depths of the Fourth Division to the second tier in 1997. Gradi became famous for his philosophy of developing younger players for his own first team and selling for a profit, one of the first lower-division managers to implement such a strategy successfully. Gradi also noticed Critchley’s own ability to coach younger players and encouraged him to become more fully involved. Critchley was only 17 at the time, but it proved a significant event.

The main focus was still on playing, of course. He was handed his first-team debut in a 3-0 league defeat at Fulham on 25 September 1999, coming on as an 81st-minute substitute for Kenny Lunt. The side had been three goals down before half-time, so he was given little opportunity to show what he could do. Unfortunately, he never appeared for the club again, and his playing contract expired at the end of the season. And that was the full extent of his Football League career, signing for newly promoted Conference side Leigh RMI in the summer of 2000. Of passing interest to Lincoln fans is the fact that the Leigh squad featured former Imps David Felgate and David Ridings. Critchley was destined to make just three substitute appearances in the Conference for Leigh, plus one full appearance in the 4-3 win at Scarborough in the FA Cup fourth qualifying round.

With such limited opportunities, he chose to move on to Hyde United early in 2001 and found a regular place in their Northern Premier League side. Hyde’s star player at that time was a certain Simon Yeo, who ended that season on 32 goals despite a bottom-half finish. Critchley kept his place in the side in 2001-02, making 33 appearances and also scoring three goals. His teammate Yeo scored another 19 goals and earned a move to Lincoln in May, while David Felgate also appeared for a dozen games. Hyde finished second from bottom, but avoided relegation when Bishop Auckland were demoted due to ground grading.

And that was it for Neil Critchley as a player. Having made 47 appearances for Hyde, he decided to hang up his boots at the age of almost 24 to concentrate on coaching. While playing part-time for Hyde, he had continued to develop his formal coaching skills in addition to carrying out some match analysis and scouting for Crewe. In 2007 he was appointed joint academy director alongside James Collins, and he was finally on the formal coaching ladder. One of the players developed by Critchley during his time at Crewe was Nick Powell, who earned a move to Manchester United. Burnley midfielder Ashley Westwood and future Leeds United captain Luke Murphy also came off the Gresty Road conveyor belt at that time. It was some record for such a small club, and Critchley became a marked man accordingly.

In the summer of 2013, Critchley became one of only sixteen coaches to obtain the inaugural FA Elite Coaches Award. Having been selected to attend by the FA, it appeared a feather in his cap. However, the qualification is somewhat obscure. Created by FA coach (and former Lincoln City assistant manager) Dick Bate, it was designed specifically to assist the development of English coaches under the age of forty. Unfortunately, it was discontinued after that first tranche, and only Neil Critchley is currently managing in the English leagues. There was one other graduate from the eighteen-month course to manage in the EFL: the much-loved Michael Jolley, late of Grimsby Town, who also joined the Crewe academy during the course. The qualification is equal to the UEFA Pro Licence.

Having made his name at Crewe, Critchley was headhunted by Brendan Rogers in September 2013 to replace current Swansea manager Steve Cooper as coach of Liverpool U18s. Players under his wing included current England international Trent Alexander-Arnold and winger Harry Wilson, who soon became the youngest full Wales international of all time at the age of sixteen. The squad also included current Blackpool midfielder Matty Virtue, proving that football is a small world.

Results in the U18 Premier League North Division were mixed in 2013-14, producing a third-place finish that left the side twelve points short of a place in the play-off stages. The FA Youth Cup ended with a defeat on penalties to Reading in the quarter-final. The 2014-15 season proved a disappointment, with a seventh-place finish in the first series of games, and fifteenth in the second stage – an explanation of how convoluted the organisation of this league is would take too long. The FA Youth Cup campaign ended with a 3-2 home defeat by Birmingham in the fifth round. Liverpool had a much better season in 2015-16, finishing third in the North Division (just five points off the top) and fourth in the second stage. The side again reached the quarter-finals of the FA Youth Cup, losing 2-1 at Arsenal. There was another third-place finish in 2016-17, although the side finished eighth and last in the second stage. The side went down 3-1 to eventual finalists Manchester City in the fourth round of the FA Youth Cup.

In the summer of 2017, Critchley was promoted to head coach for the U23 side in succession to caretaker manager Mike Garrity. Effectively the modern name for the reserves, Liverpool came within a whisker of winning the Premier League 2 title in his first season, finishing just two points behind champions Arsenal. Liverpool finished fourth in 2018-19, seven points behind champions and neighbours Everton, and were in fifth place when the season ended due to the coronavirus pandemic.

However, the most significant feature of his final season at Anfield was taking charge of the first team on two occasions in the absence of manager Jürgen Klopp, although the first-team squad was actually elsewhere due to fixture congestion. Critchley named a very young Liverpool side – essentially his U23 players – for the Carabao Cup quarter-final tie at Aston Villa in December 2019, which Liverpool lost 5-0. He also reprised the role for the FA Cup fourth-round replay against Shrewsbury (won 1-0) on 4 February under similar circumstances.

Eight days after that cup tie against Shrewsbury, League One neighbours Blackpool sacked manager Simon Grayson after seven defeats from nine league games had left the side in fifteenth place. The two cup matches at Liverpool had brought Neil Critchley to national attention, and he was appointed head coach at Bloomfield Road on 2 March 2020 on a three-year contract. After cutting his teeth in academy football for thirteen years, he had secured his first senior position in the professional game.

Unfortunately, things could hardly have got off to a worse start. Blackpool drew one and lost one of his first two games before football was suspended due to the coronavirus outbreak. He had been in the job for just eleven days.

So what style of football does Neil Critchley favour? He cites a passing game as the ideal, although he is aware that the fans want to see winning football above all else. His background at Crewe and Liverpool makes the long-ball option very unlikely, having been schooled in playing the game ‘the right way’. The mantra followed at Liverpool Academy is ‘TABS: Technique – Attitude – Balance – Speed’, and we can expect a similar foundation at Blackpool. As far as his general approach is concerned, he made a revealing comment after the 2-1 friendly win over Barrow on 18 August. Contrary to the common misconception, he stated how important it is to establish a winning mentality in pre-season games:

“I always hear managers and coaches saying results don’t matter in pre-season but I’m not so sure. I think every time you take to the pitch you want to breed a certain standard and habits of what is expected in terms of non-negotiables. I think if you do that the results start to take care of themselves a little bit. Results do matter and we want to get into the habit of winning games, and we’re doing that now.”

That gives an interesting insight into his character, and an indication of what we can expect from his players. Developing a winning habit is much easier to say than it is to achieve, but the philosophy is clearly in place. Also interesting is the identity of his new assistant manager: Mike Garrity, his former colleague from the Liverpool Academy.

Football management is a difficult path to tread at the best of times, but is notoriously problematic for those with no previous experience as a player. In one sense, he is similar to Oxford United manager Karl Robinson, who also coached at the Liverpool Academy after a limited playing career in the non-league game. Robinson has established himself as a talented lower division manager, and there is no reason why Critchley cannot do likewise and beyond. Indeed, it was Robinson who was top of Blackpool’s hit list in February before he rejected their approach. Critchley’s formal coaching qualifications are literally second to none, and he has an excellent grounding in practical coaching. His attention to detail and approach to the game mark him out as a manager in the modern mould. Whether or not he is able to make the transition from academy football to the professional game remains to be seen, but Blackpool are to be applauded for following an unfamiliar track.

Who Are The League One Managers?No.3: Neil Critchley (Blackpool):https://lincoln.vitalfootball.co.uk/who-are-the-league-one-managers-no-3-neil-critchley-blackpool/#UTMP #BlackpoolFC #LFC