“What a season! Already can’t wait for the next one!” 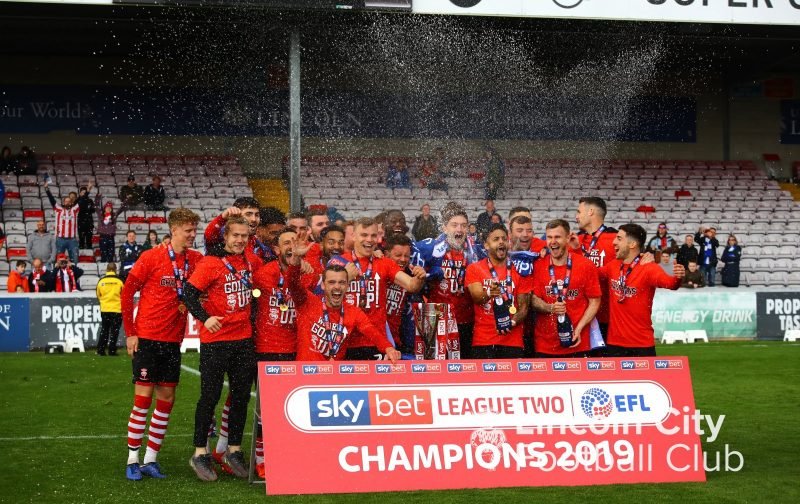 Views from Joseph Lovett following Saturdays 3-0 defeat at home against Colchester United in Sky Bet League Two: “Nothing beats lifting a trophy, does it?

The biggest disappointment was some fans booing at half time. Obviously we’re all disappointed about the result, but all teams have off days and unfortunately, today was one of them. Lots of players will be unhappy with their performance today, but let’s give them a break – it’s been a fantastic season. Of all the games for players to have off days and make mistakes today was that day! We had little to play for and Colchester had everything to play for. I thought Danny summed up the season perfectly with his speech. Another reminder of how fortunate we are.

We were actually lucky to go in at half time only 3 0 down. We were on the beach and Colchester were well and truly at the races. They were fantastic – fast, direct and excellent on the ball. If they can keep that squad together and get some consistency they will do well next year. Second half I thought we were much improved, but struggled to create enough chances considering the amount of possession we had. I actually feel very sorry for Colchester to come to the champions away, play like that and miss out on the playoffs by an 87th-minute goal must be very hard to take.

Obviously, we haven’t finished the season as well we would like. 3 losses in the last 4 games and no goals in those games highlight the struggle of motivating players with the job done and the Cowleys will be disappointed with that. That will all be forgotten in a few weeks time, but what will be written in the history books is Lincoln City – champions of League 2 for 2018/2019. Amazingly still won the league by 6 points – as they say, do the hard work early! Cowley will have work to do this transfer window to improve the squad. Top of my list is a creative central midfielder and goalscorer. Perhaps the two hardest and most expensive positions to fill. However, with the Cowleys record, I have 100% faith in their decision making and acquisitions.

What a season! Already can’t wait for the next one!”

NottyImp: “I wouldn’t have minded quite so much, but it was freezing and we were hailed and snowed on in what felt like bitter winter conditions.

Anyway, one to forget but not the season as a whole which has been absolutely superb. Some work to do for L1, though.

The icing on the cake? County in non-league and the Stags in the lottery of the playoffs.”

StrangelyBrown: “I’m not going to post a dissection on today- we weren’t on it today but we are champions and I’ve seen my team lift a football league trophy for the first time in 43 years.

NC commented on the radio how tough it has been for the players to raise that last 5% since we were promoted.

We are champions and that is good enough for me.”

Luke Imp: “We were absolutely stinking in the first half today, especially the middle period where Colchester scored their two goals (before a charged down back-pass for the third). Well off the pace, with an improved second half.

When all your consistent 8/10 players – Bostwick, Toffolo, Eardley etc are having a mare, then you know it’s a bad day at the office.

Difficult to judge Colchester too much on that performance, really.

No real surprise for me that the results have changed slightly off the back of seemingly experimenting a bit more. The full-backs are playing slightly further up the pitch, which is exposing the CB’s and we’re taking the ball in much tighter spaces at the back and in deep midfield positions than normal.”

"What a season! Already can't wait for the next one!":https://t.co/SaXIMi024h#ImpsAsOne #ColU #Colchester