“We were poor, Rovers were worse, the referee was a disgrace.” 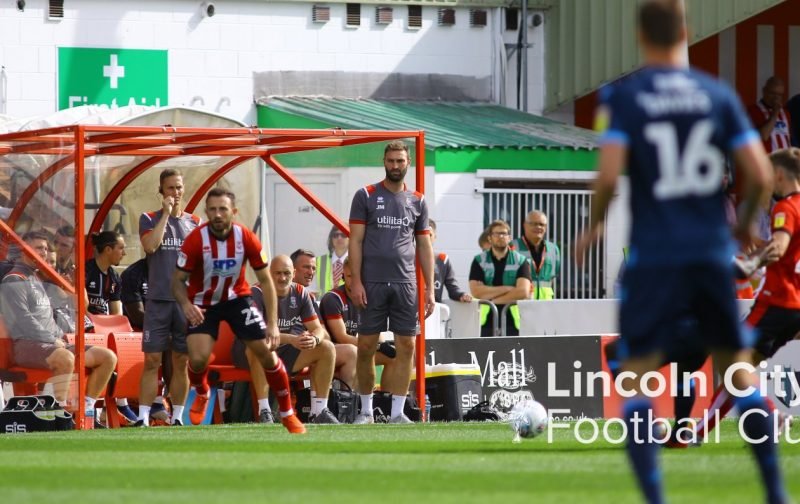 Views from Joseph Lovett following Saturday’s 1-0 defeat at home against Bristol Rovers: “Very frustrating afternoon and a nightmare result given the current situation.

We were poor, Rovers were worse, the referee was a disgrace. We didn’t play well but were well worthy of a point against an, at best, average opposition.

Won’t go too much into the referee as it has been discussed at length. Simply he was a joke. Even taking aside his obvious errors on the big decisions, he was nowhere near good enough. The fact that at least two of our players received yellows for back chatting to you shows how poor he was.

The referee aside, we weren’t good enough against a team we should be beating. They offered very little and looked poor going forward, unfortunately, we did no better. Our ball in the final third was regularly poor and our style of play was extremely predictable and easy to defend. We were set up far too defensive, with two holding midfield players that rarely wanted to go forward. Added to that Payne and the wingers were very far forward, which left a massive gap in midfield and resulted in us creating very few good opportunities. At times one of the defensive midfielders has to step up and support the attack. On a few occasions, we did get the ball forward players were isolated or seemed to make the wrong decision. We know that we have quality players through our team that should be doing better. Set pieces weren’t great, but I’m not concerned because that will hopefully be fixed when Grant returns.

On the upside, we looked relatively comfortable defending and Bolger did a decent job when he came on (hopefully Bossie is OK). I thought Harry Toffolo had a great game (my man of the match) and was our most dangerous player going forward. He found lots of space and went forward with purpose. Was somewhat perplexed to see Walker get taken off, not just because we were chasing the game, but he was also one of our better players second half! Perhaps resting him Tuesday?

By no means our worst performance, but 31% improvement required at least. Looking forward to getting the new manager sorted. Now I’ve got to try and bring myself to get to Rochdale.”

Merthyr Imp: “Haven’t looked at what anyone else has written yet, but a few thought from me on what was my first home game for nearly a year.

I didn’t think the game was a good advert for League One football. Both sides had one good chance following defensive errors and it had 0-0 written all over it until the penalty.

It’s easy to blame the referee for the defeat but I thought we lacked direction and the extra spark just wasn’t there. Too many times what could have been good balls were either cut out or not played well enough. It was similar to the first half at Wycombe except that Bristol Rovers didn’t have a dead ball specialist so we were still on level terms at half time. But this time there was no plan B in the second half, with any substitutions coming too late- and I just can’t understand why Akinde replaced Walker instead of coming on alongside him.

Surely the likelihood of Jamie McCombe being the next manager must be a lot less after this performance.

One other moan – this was my first ever time in the Selenity stand, and on the third row from the front, I found all the announcements practically unintelligible.”

Firstly we have struggled since losing to Donny away (first time in the league, not the EFL trophy)- the early link-up play has dipped and we can’t quite get the service to Walker (who is no more a lone striker than Akinde was).

SO today wasn’t a one-off experience but, to be honest, very similar to the last 6 games (Everton aside).

Thought we started really brightly and showed signs of promise without the final finish. Rovers looked as bad as Southend had and I had high hopes. Last 10 mins of the first half, Rovers started to get back into the game and occasionally looked vaguely threatening.

Second half we overcooked the effort overall (we tried too hard), lost our shape and formation.

Thought Andrade was poor today particularly in tracking back, protecting Toffolo and chasing/marking.

Frustrating- not as bad as Wycombe by any means but the team are now playing in a pattern of games where things are being repeated and they aren’t benefitting us.

To be honest, on another day, that would have been 0-0 all day long.

Onto the next game- thought the crowd (8,700) were excellent today and really got behind the team- the team really tried today but showed we need a helmsman back at the helm quickly to bring in some fresh ideas that we haven’t had for 3 or 4 weeks.”