“We should have had plenty of time in the last couple of weeks to work on perfecting those.”

Ahead of Saturday’s match away at Burton Albion in Sky Bet League One, we asked our members what three things they think The Imps need to do to pick up all three points.

1. It is important for players to stay positive and confident. The difference between a win and a loss is small. Clive Woodward had a phrase “thinking clearly under pressure” T CUP” when England won the Rugby World Cup.

We keep creating chances. When they come along, the players need to relax, think clearly and do what they would do in training and score.

2. We have been performing well within the constraints of the players we have. MA view is the most likely way to win is to retain possession rather than lump the ball long and scrap for it from there. The logic is surely right. We have small players whose strengths are not in winning 50/50 balls. Therefore goal kicks are seen as the start of this method. All spectators can see the risks of the policy but not all the benefits. We have a very good record defensively under MA and have not given many if any, goals away due to keeping possession in and around our goal.

We need to stick to our guns, (concentrate to avoid errors), understand why we are doing what we are doing and make it work.

3. Get some inspiration for creative set-pieces. We have been unsuccessful from set-pieces this year. We are small and don’t have a Raggett, a Waterfall or a Rhead that are a real danger from corners and balls in the air from free kicks. There are other ways to create a goal threat from set-pieces but they take time and rehearsal. We should have had plenty of time in the last couple of weeks to work on perfecting those. 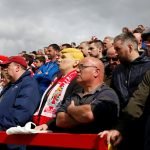 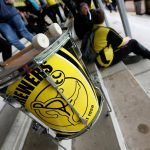 "We should have had plenty of time in the last couple of weeks to work on perfecting those."https://t.co/YtPnxoBDoq#BAFC #ImpsAsOne #ProudToBeImps