“We played some really nice football at times, but as soon as it hit the final third we were poor.” 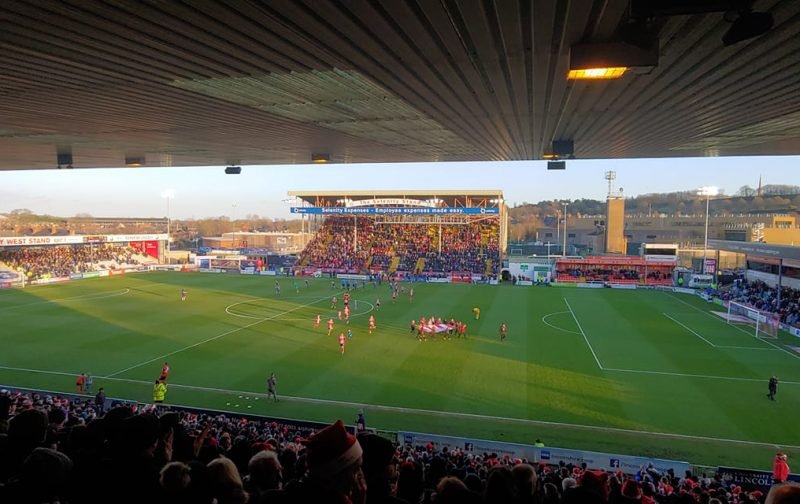 Views from Joseph Lovett following Saturday’s 1-0 win at home against Tranmere Rovers in League One: “Well, me made tough work of that!

As you’d expect playing against 10 men, we were well on top for most of the game. The sending off was correct by the letter of the law and mindless by their player!

We played some really nice football at times, but as soon as it hit the final third we were poor. The delivery into the box wasn’t good enough. I think we only put in two actually good crosses in. Though I will say that Tranmere defended their box very well.

We defended exceptionally well and any of the back 4 could have got the man of the match. Their number 18 caused us a few problems and I was very surprised to see him taken off. Likewise, I thought our decision to take Morrell off was odd as he was controlling the game from deep. It felt like we lost some flow when he went off but thankfully Akinde took his second good chance, which was enough to win it for us. Prior to that, I couldn’t see us scoring! Also thought Ellis played really well, I wasn’t convinced on him yet, but he’s made me think twice!

Finally, we got the rub of a green from a referee. I think he gave a lot of small decisions to Tranmere, but he missed the stonewall penalty for them.

Great to start with a win at the new stadium. 100% record and a clean sheet. All points are important this year!”

Brendan Bradley: “An important three points of course as it means we can start to look up the table. Not that I thought three points were deserved.

I know a lot of you say you prefer winning ugly to losing prettily (as if winning well wasn’t actually possible) and I’ll admit there are some times when you have to accept it’s not good and all you can hope to get from a game is a good result.

But half a dozen consecutive performances like that, and I wouldn’t bother watching the seventh.”

sedgleyimp: “Back home in a now very wet West Midlands. A pretty forgettable match to be honest but as many have said before it’s a case of results end of so another very welcome 3 points there especially as seeing other results today with MK and Wimbledon wins the gap between us and 21st is still healthy enough at the moment.

Not read the thread yet so need to catch up but can I give a shout out today to the performance of Cian Bolger. Nothing got past him either in the air or on the ground and he’ll be my MOM nomination.”

hulloutpost: “We were disjointed and never really got up a full head of steam at any point in the match. Tranmere thankfully had that player sent off as tbh he was terrifying me every time he got the ball. After that, they posed virtually no threat whatsoever and it was a comfortable solid victory with a clean sheet once the goal went in. I’ll take that performance with the result, two weeks before Christmas any season in any circumstances.”

"We played some really nice football at times, but as soon as it hit the final third we were poor."https://t.co/lhbjcreA57#ImpsAsOne #ProudToBeImps #TRFC