“We played some beautiful football at times and could have bagged a few more.” 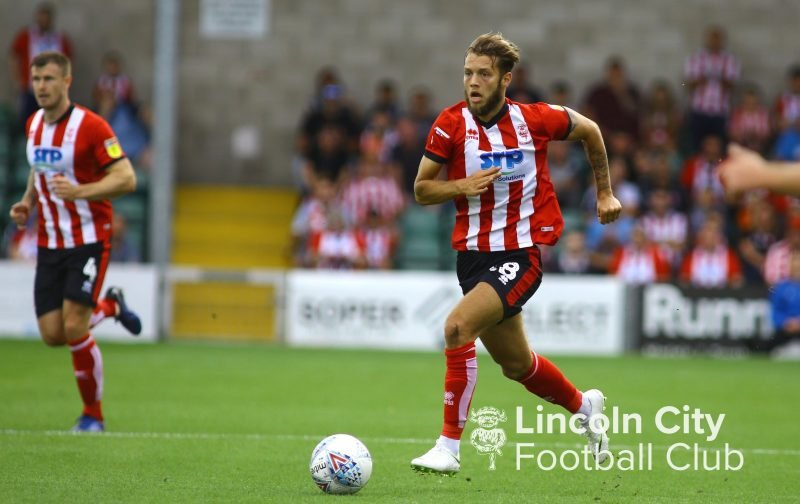 We fully deserved the full three points, despite having to play 20 minutes with two centre backs that could barely run. We played some beautiful football at times and could have bagged a few more if it wasn’t for an in form opposing ‘keeper.

Just how do the Cowleys do it? For me, every single one of the new signings were in for man of the match. I gave it to Payne, just. The midfield were dominant and may well be the best Lincoln midfield I have seen. The technical ability of the new players really blew me away. The way they can manipulate their body to move the ball around, the awareness of their surrounds and ability to take on players was a pleasure to watch today. O’Connor was brilliant at offering the defence protection and starting attacks. Despite being the walking wounded, the defenders did enough against a decent forward Accrington line. I thought Vickers grew into the game and made two excellent stops in the second half. Walker looks a very good prospect, I was impressed at how many headers he won and how good he was at linking up play. He’ll be disappointed not to score one or two goals today, but I have no doubt he’ll get a decent tally this year.

The evolution in Cowley football just took two steps forward. It reminded me of the opening day of Schofield’s tenure, where we played some masterful football. This, for a team that has barely had a chance to gel with a leading striker that signed the day before. We played neat pass and move football, at times Accrington were struggling to cope. I realise that Accrington are unlikely to be ‘up there’ come the end of the season, but it brings me confidence that we won’t be in a relegation battle this season. That said, we are still a couple of players short (defender, midfielder and maybe a striker). I think we’ll start to see some movement next week as I think we’ve seen Bruno play his last game. He was never a tough tackler, but he definitely bottled a tackle late on and was berated by his teammates for it. At the end of the match, he was straight down the tunnel. Only time will tell what happens.

Important to not get too far ahead of ourselves, but it was a brilliant start to life in League One.”

Luke Imp: “Bar a free header in the first half, I thought that was a comfortable afternoon and probably should have had 3 or 4.

Accrington were missing Billy Kee (who we send our best wishes to whilst he’s out again sorting his mental issues) but I’m not sure he’d have made too much difference because we snuffed most things out before they got to our 18-yard box. They played some quick one-touch passing at times but it looked nice without really getting anywhere.

As for us, some great football played whilst still retaining that bit of steel through the side. Despite being small in stature, Payne and Morrell get stuck in and O’Connor showed us that he’ll still be important this season. If we can find someone similar to him to compliment the other CM’s (O’Hara?) then we need to get it done.

I’m going to call Morrell as up there for Player of the Season already. You don’t need too many views of a player who’s clearly very good to make your mind up. Reminded me a little of Dean Keates. Short, but packs a punch. Always available, appreciation of passing options was exceptional and had the pressing of Woodyard.

Two big, noticeable things from today were 1) the number of dribbles in the game from CM’s because that’s not really something we’ve done or had and 2) the amount of forward passing, trying to find attackers early. Not too much sideways stuff today.

Morrell was MOTM for me, but I thought Walker and Grant had solid debuts. Bossie, O’Connor and Bolger did well considering their issues and everyone else put in good shifts.”

StrangelyBrown: “I really enjoyed it. Could see what the team were trying to do, indeed occasionally Payne particularly was expecting a player to be in a forward position or making a run and they weren’t (yet) thinking the same way.

Solid win, some real “resilience” across the defence, quality on display going forward- great 1st day back in L1.

It’s clear Morrell and Payne will also win freekicks- their speed, agility and height mean big lumbering midfield or CBs will foul regularly. Someone near me said Payne reminded him of Iniesta. Not sure he is that good yet BUT our forward intent has moved into L1. We just need sufficient depth in defensive intent.

Good day, all round.”

"We played some beautiful football at times and could have bagged a few more.":https://t.co/F20QghC3O3#ImpsAsOne #ProudToBeImps #ASFC