“We looked decent in the first half and I was disappointed we were behind despite Ipswich having so much of the ball.” 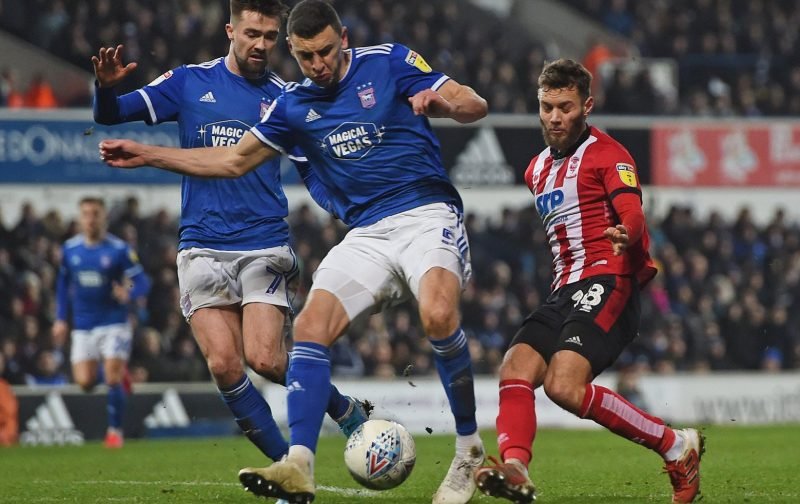 Views from Brendan Bradley following yesterday’s 1-0 defeat away at Ipswich Town in League One: “That was a poor second half. It was terribly scrappy but Ipswich controlled it through possession and taking an eternity over every throw-in, free kick and corner, a la Cowley.

I don’t blame them for that, of course, and a lot of that is our own idiocy. In injury time Hopper committed an unnecessary foul while we were on the attack and it took 40 seconds for the game to restart. If he hadn’t fouled we’d have had the ball back well before then.

We looked decent in the first half and I was disappointed we were behind despite Ipswich having so much of the ball. John-Jules and Walker looked threatening, but in the second half there was little play through midfield and we ended up going long too often, which is the downside of playing 4-4-2.

The only entertainment I got in the second half was when Ipswich replaced a Judge with a Bishop.”

PerthImp: “Well, I think that was a very poor performance from the Imps against an Ipswich team that had no sense of urgency about them. The amount of times we gave the ball away, particularly Melbourne who had a shocker today. There is something about our away performances that just doesn’t click compared to our home performances. The Ipswich defence was there for the taking today and I can see exactly why they have such a poor home record. We just didn’t push them hard enough or have the discipline to take advantage of them. OK, we have a few new players and you could argue we haven’t gelled, but there were basic things going wrong today, particularly the amount of times our passing and clearances went straight back to Ipswich players. I hope we improve on Tuesday or Portsmouth will leave with three points. Other than that we did OK. Oh, and the referee was a homer as well.”

Huntsward: “That wasn’t a great spectacle, which is no great surprise after the number of meetings between us both this season. You’d expect both teams to have learned how to counter the respective threats.

It’s clearly evident from the results on our travels that we struggle to play with the same fluency that underpins our home performances. I’m at a loss to suggest why that is.

There was plenty of faffing from both sides. Ipswich denied us the time and space to play the quick passages that we’ve been seen in recent weeks and their slow build-up play meant in general that we dealt with them relatively easily. Both sides were unable to adapt to break the other down.

In such tight circumstances, it was perhaps inevitable the game would be decided by a mistake. It was a poor goal to concede. The free-kick was unnecessary, the defending was non-existent, and it should have been saved. A catalogue of errors.

Their relief at the final whistle, I suspect, was a reaction to their poor home form rather than averting any real threat from us. We weren’t good enough today to take advantage of their vulnerable backline.

It wasn’t a bad performance from us but it was illustrative of how unpredictable this league is proving. I just wish we could turn it on away from home”

Skip155: “I’d put this season to bed a few weeks ago but I honestly think it’s a bit too early now. If we can maintain our home form (a big ‘if’ I know, Tuesday will be a good test of that) we’re very much in the hunt with our run-in.

If we fade away so be it – still looks a good solid season is likely to me.”

"We looked decent in the first half and I was disappointed we were behind despite Ipswich having so much of the ball."https://t.co/1TaPUtHBf1#ITFC #ImpsAsOne #ProudToBeImps