“We have recruited well and if we can get everyone fit then there is no reason why this cannot be achieved.” 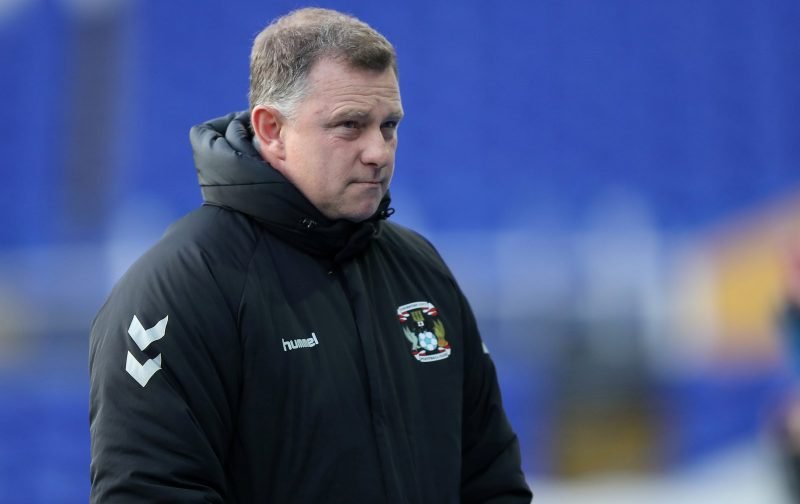 The last time The Imps faced today’s opponents Coventry City was on Tuesday 24th April 2018 in League Two, in front of a crowd of 13,115 at the Ricoh Arena, and it was a 6 goal thriller!

The Imps won 4-2 that night, and I think it is safe to say the best goal of the night was scored by Matt Rhead in the 1st minute. Tom Bayliss made it 1-1 in the 16th minute. Ollie Palmer gave The Imps a 2-1 lead in the 38th minute, but just a minute later Jordan Shipley made it 2-2. Palmer scored a second goal in the 44th minute when he pounced on a rebound after James Wilson’s shot was blocked, giving The Imps a 3-2 lead at half time. Max Biamou had a penalty appeal waved away and The Imps went on the counter-attack and Lee Frecklington made sure The Imps came away with all three points scoring in the 67th minute to make it 4-2.

Time for the Q&A! Thank you to Coventry City supporter Andy for answering our questions!

How long have you supported Coventry City?

I’ve followed the club since I was a young boy. I did have a very brief flirt with Liverpool but my Uncle (who was a CCFC season ticket holder) would not have that and very quickly started taking me up to Highfield Road. As soon as I went there the love for the club grew, they are our team, from our city! Everyone should support their hometown team, there is no other bond like it!!

Last season we finished in 8th which ultimately was a disappointing end as right up to the last few games it looked like the playoffs were a strong possibility. However, the players simply ran out of steam and we faded away in the last couple of fixtures.

Mark Robins has done a fantastic job, there can be no doubt about it. When he returned for his second spell the club was at a seriously low point in its history. He came in and changed the way the club ran. He put pride back in the shirt. Obviously one of his first games was the Checkatrade Final at Wembley, and what a day that was!! 45,000 Sky Blues fans travelled down to the capital in expectation and we were not disappointed!! That signalled the start of an upturn in fortunes!

Who Are The League One Managers? No.8: Mark Robins (Coventry City)

A simple one to answer really, Playoffs at least! We’re good enough! We have recruited well and if we can get everyone fit then there is no reason why this cannot be achieved.

We have a few decent lads. Jamie Allen is finally back from a long layoff and comes with very high ratings from the Burton fans who watched him week in, week out last year.

Max Biamou has also come back from an ACL injury and seams to still know how to dispatch chances in & around the box.

Then we have our homegrown Jordan Shipley has been in good form this season too, weighing in with a goal from midfield. Also, alongside these guys we have our big summer signing Matt Godden returning to fitness too.

For me, based on what I’ve seen this season I think Blackpool, Peterborough United, Ipswich Town, Portsmouth, Coventry City (obviously) and Wycombe Wanderers (but I do expect them to have a bad run and drop down a bit). If that happens, I think the likes of Rotherham United, or Oxford United could step up into the top six.

Currently, I’d suggest it’s going to be Bolton Wanderers, Southend United and one of AFC Wimbledon or Tranmere Rovers.

Looking from the outside I’ve noticed you have had some good results like beating Sunderland 2-0 but it seems you’re struggling for some consistency, not sure if that’s a fair reflection but it’s what I feel looking on from afar.

Will The Imps win, lose or draw against Coventry City? 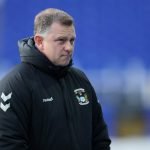 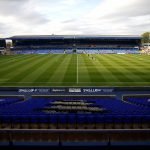 Even when we play at home, we play away!

It would have to be Tyler Walker as we almost signed him in the summer before losing out to you guys. He’s a natural goal scorer and everyone needs those!!

What are your proudest and most embarrassing moments as a Coventry City Supporter?

One of the proudest moments must be the 1987 FA Cup final. I was a young lad, but we had the house decorated and I will never forget that day!! Such a turn-up, the smaller team taking on the favourites and beating them! Now, who doesn’t love that?!?

Liam Kelly! Does nothing ‘fancy’ but breaks up plays and keeps the ball ticking. For me a vital part of the team.

We do have a Supporters’ Trust and they are a very active one. They get involved quite a lot however things are understandably volatile atm with the fans and the club.

Fans are in fighting over going to St. Andrew’s and not going. ‘Scabs’ has been thrown around by some.

Which was your favourite match involving Coventry City?

My favourite city match was the playoff semi-final second leg at Notts County. There was such expectation from their fans, almost as if it was already settled that by getting a draw at our place, they simply only had to turn up to get to Wembley. How we blew them away 1-4 was simply one of the best games I’ve ever been to! The atmosphere was Electric!! (And I’ve been to Wembley several times as well as hundreds of other CCFC matches)

Which was your least favourite match involving Coventry City?

Getting relegated from the Premier League must be mentioned here, the loss at Villa Park which more or less condemned us was so hard to swallow.

Do you have a Former Players Association at Coventry City?

What’s the best thing about Coventry?

That’s a tough one! The history, the music we have given the World, oh and our three kits this year, they are the best we’ve had in a very long time!!

How does it feel to return to your spiritual home of, er, St. Andrews?

It’s a hard one to swallow playing in Birmingham. However, in my opinion, the club had no other option as once the council sold the stadium to another organisation the football club was always going to be up against it.

Then when Wasps reportedly asked CCFC that if they wanted to play at the Ricoh, they would have to sign a 27 million pound waiver.

That was so if they were found guilty in the European courts (an action brought by the club’s owners SISU) the football club would have to pay. There was/is no way we can pay that, so we had to look elsewhere.

When will you be back playing in Coventry? Is there any chance of another ground in Coventry that isn’t the Ricoh?

We must hope that we can get back to Coventry as soon as possible as we simply cannot sustain playing in Birmingham. Attendances are down and I think they will drop further next season.

There is talk of building a new ground but that’s currently taken with a pinch of salt.

Does it feel like the club could ever get back to the Premiership now you’ve started moving in the right direction?

If we can sort out a return to Coventry, then I don’t see why not! Robins is moving the club forward and we are improving year on year. I’m just like any other fan, always hopeful of the best in every game. Being a Coventry fan, you quickly learn to view everything with a glass half full mentality otherwise it could all get very dark!!

"We have recruited well and if we can get everyone fit then there is no reason why this cannot be achieved."https://t.co/7R1TdlIts6#PUSB #ImpsAsOne #ProudToBeImps