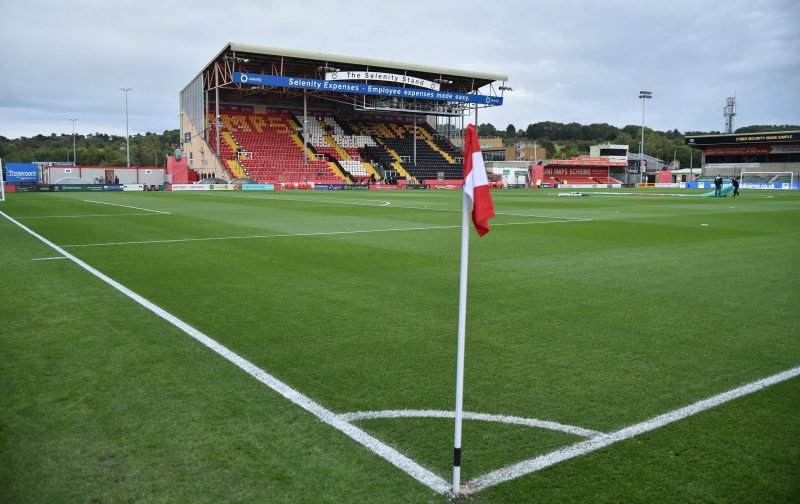 The following three awards are calculated using marks awarded by Vital Lincoln City members under the Rate The Players thread following each match.

At the end of the season, a multiplier is applied to each player’s average rating dependent upon the number of appearances each player has made. This is done for three main reasons:

a) it is relatively easy for a player to perform very well over a smaller number of games. This can be particularly noticeable when a player is brought in on loan for a short period: that player wants to make a good impression for a variety of reasons and often raises his game for that period. The player is also less likely to pick up an injury or suffer from the effects of fatigue. Conversely, it is far harder to perform at a consistently high level over a greater number of games due to the increased likelihood of physical and mental fatigue, injury and loss of form. It would be inequitable therefore to make no allowance for these factors.

b) to build in a measure that reflects the importance of each player to the side and their overall contribution to the season. It is fair to assume that the players who have made the highest number of appearances have been the key players.

c) conversely, it is easy to forget the contribution made in earlier games as the season progresses. Conor McGrandles was excellent after returning from injury, but can you honestly say how effective he was beforehand? On the other side of the coin, was there anyone from the earlier part of the season who contributed to a significant degree but has been forgotten since?

The multiplier is shown in the tables below.

To conclude, the final average rating shown for each player is for hierarchical reasons rather than to produce a true reflection of their actual scores. Anyone wishing to compare actual ratings made prior to the application of the multiplier can do so readily enough.

This season, a high minimum rating requirement of 15 games was applied to the Home and Away Player of the Season categories, and a minimum of 30 games to the ultimate award – the Vital Lincoln City Player of the Season. This is because of the high number of games played by the Imps (29 at home, 32 away, 61 in total).

A total of 66,574 marks were awarded to 29 players over the 61 games of the season, giving an average rating of 6.66 per player. On that basis, we must conclude that it has been a devil of a season.

But where did those marks go?

Did Vital Lincoln City’s match-by-match marking correlate with the official Player of the Season award? That vote went to Jorge Grant, but is the fact that the vote was taken prior to the end of the season significant? Does Grant’s injury and subsequent muting of form affect that vote?

Are there any interesting disparities between any player’s home and away performances?

Are there any surprises in terms of final placing? Is there an unexpected winner?

And do these results change your mind at all about which players should be retained for League One and which should not?

Time to find out.

HOME Player Of The Season 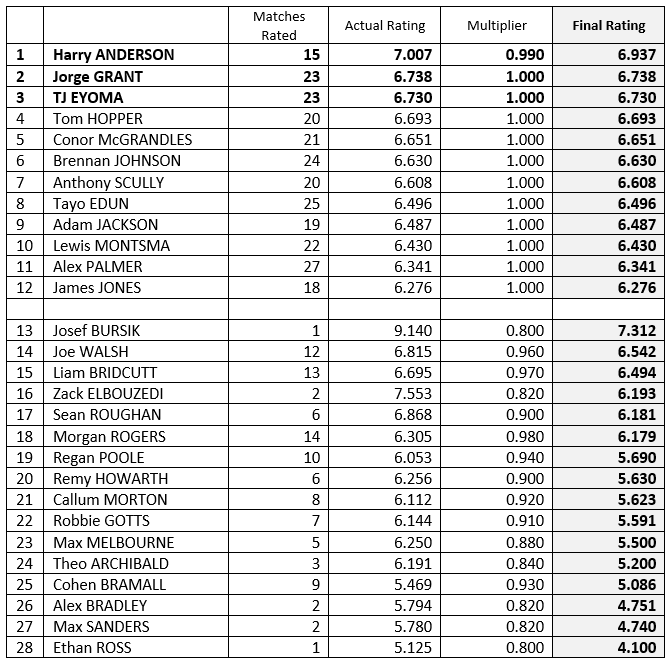 AWAY Player Of The Season 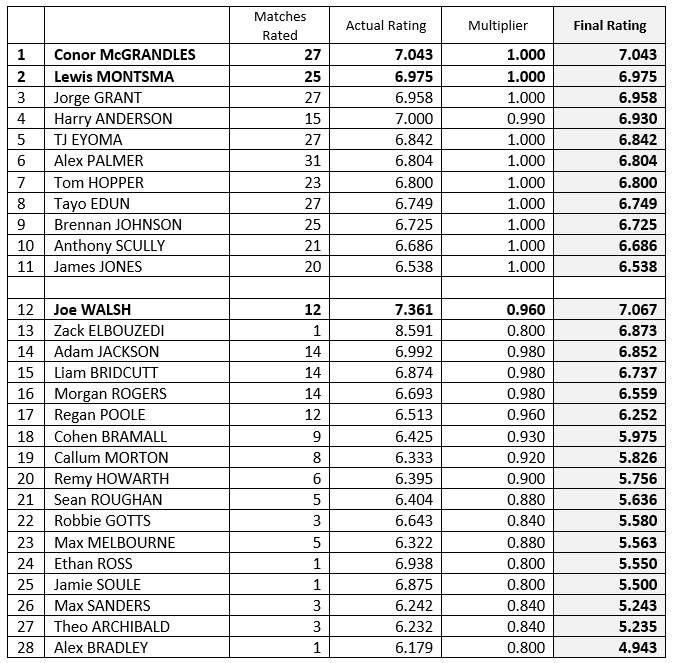 OVERALL Player Of The Season 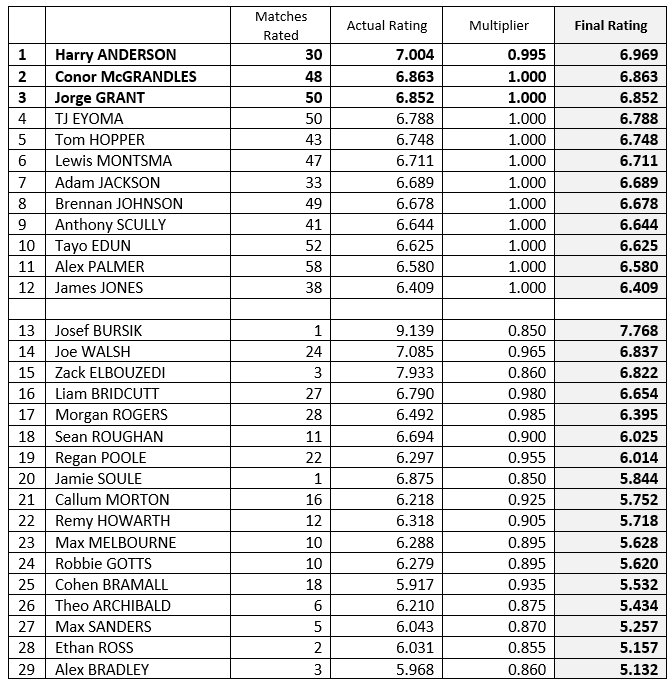