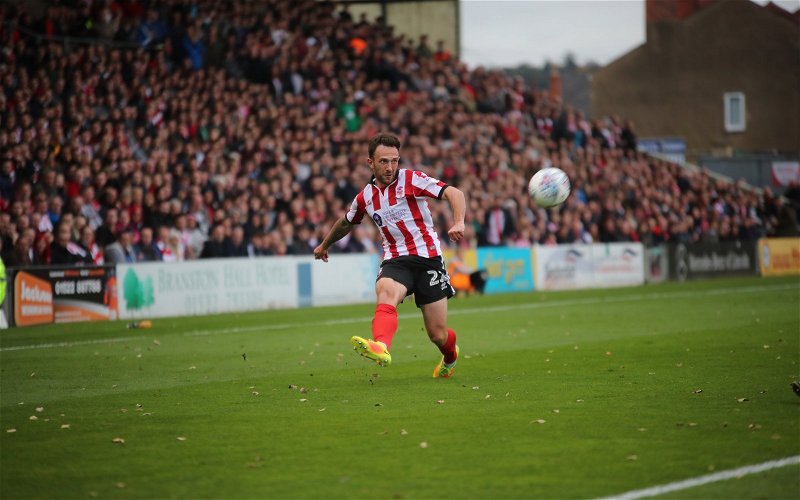 A bit later than planned, here is Part One of our End Of Season Awards! Thank you to those that voted and commented!

I’m not going to lie, I actually forgot to vote on this poll, but if I am completely honest, I wasn’t sure which game to vote for from the following: Accrington Stanley (3-2), Peterborough United (4-2), Chelsea U21s (1-1) or the win in the Final against Shrewsbury Town (1-0).

Anyway, here’s how the poll finished:

Dreaming of McAuley: “Peterborough game was brilliant, so different to last season at Burnley but both seem to me to be perfect examples of why I love football.”

PerthImp: “Wembley – it was our first appearance, against a top L1 team that had been there three times before (& lost all three, so they were looking to break a poor run). The big factor is that I was there to witness it for myself.”

Mianka: “The Posh game was a very good exciting one but the one that will be forever in my memory has to be the final at Wembley. It was not as exciting as the Posh game but the whole experience of the day and seeing the team I have followed since 1956 walk out at Wembley for the first time was brilliant. The icing on the cake was the result and the fact that I had my 2 sons and their 2 sons with me to witness the special day.”

Player Of The Season:

Neal Eardley is by far the best right back I have seen during my 18 years watching Lincoln City, so voting on this one was easy! His ability to take on a player and deliver with either foot is fantastic. I will go as far as saying he is the best right back in League Two.

berksimps: “Neal Eardley just oozes class each time he puts his Imps shirt on. He makes time when there is no time, his first touch is the best in the team, when on song, his crossing is impeccable. All that and he is still calmness personified and continually offers support and advice to the youngsters.

Simply the best right back we have had this century, and probably for some time back into the last one.”

Rasenimp: “Eardley. Best right back I have ever seen play for City although my memory doesn’t go back as far as some. I think I might have attended slightly more away games this season than home though somehow and not seen all the games.

Bostwick is not far off from what I’ve seen either, I would say a brilliant competitor with top League 2 ability but still, a League 1 player, if that makes sense.”

Stevie_imp: “Eardley for me. Great as right back and capable as left back. A real danger going forward. Calm under pressure and good from set pieces.”

Best Game Of The Season:

Four out of the seven games that received nominations were Checkatrade Trophy games. This doesn’t surprise me, some of them were very entertaining! I voted for Shrewsbury Town at Wembley Stadium. I never thought I’d see The Imps play at Wembley, so to see them play there and win was an unbelievable experience.

PerthImp: “Torn between Wembley & Coventry away, but I’ll go for Coventry because of its league importance. Think most would have taken a point there before KO.”

elkimp: “Has to be Wembley. Magical day. The kind of day that felt just doesn’t happen for us imps. Seeing our crowd there brought tears and thinking about it now makes the hairs stand up. A proud day to be an imp. One for my dad who passed in 2006. A true imp who I miss at every match.”

Worst Game Of The Season:

When I saw the 9 nominations for this, there was only ever going to be one winner. It was always going to be the 4-1 defeat at home to Crewe Alexandra. Vital Lincoln City were Match Sponsors that day and there was a lot of excitement in the Cathedral Suite Executive Box ahead of the game, only for the mood to be ruined by a disappointing defeat!

impsimps: “Gone for Wycombe, a game that never got going thanks to Ainsworth’s disgraceful tactics. At least Crewe came to play, too much as it turned out! UTI.”

I must admit, when I started this poll, I thought there was going to be a clear winner. I genuinely believed that Coventry City away would finish more than 3 votes ahead of second place. The noise generated by The Imps supporters at the Ricoh Arena was absolutely amazing. Credit must also go to the Coventry City supporters that night because they did make quite a bit of noise themselves.

cooperativeimp: “Coventry for me as well great turnout and noise although it always helps when we play well and win. The only negative was the soaking I received walking back to my car…”

Impalex: “Coventry was something else and I was at Ipswich, Burnley, Arsenal and Wembley. The atmosphere at the Ricoh that night beats all the above!”

berksimps: “Coventry away was utterly fantastic and just about pipped Luton away.

Shrewsbury was a great day out but like the Exeter home game there was too little input from the opposition fans to make it brilliant.”

When I saw the three nominations for this one, I was pretty confident that one player would run away with it, and this proved to be the case! Neal Eardley signing a two-year deal was a fantastic way to end the 2017/18 Season!

Impalex: “Michael Bostwick simply because he is totally amazing! I was very surprised that we managed to sign him.”

RAFNoctonimp: “Eardley, calm under pressure only player to attack the byline and assisted in a number of goals.”

syimp: “Absolutely no doubt in my mind that it’s Neal. Oozes class every time he touches the ball. Best crosser of in the team and seems to have all the time in the world in defence. Usually unflappable, but one or two moments of petulance borne of frustration or his injury towards season’s end.”

Home Goal Of The Season:

I voted for Luke Waterfall’s goal against Colchester United. 1-1 with 7 minutes to go and Michael Bostwick gets sent off (wrong decision) and I was sat there thinking “I’ll take a draw now”, but in the fourth minute of injury time Luke Waterfall makes it 2-1 to The Imps with a fantastic header. The noise the crowd made when that ball hit the net, wow!

impsimps: “Waterfall v Colchester, had virtually given up on the game, then wow!”

Chesterimp: “Pett’s technically was in a class of its own and crucial timing. Waterfall’s astonishing header runs a close second.”

evenstephen: “Danny Rowe’s goal against Peterborough as it was a Championship quality finish and it gave us the impetus for what was to follow afterwards. Luke Waterfall’s was a close second and Billy Knott’s effort against Carlisle third.”

Away Goal Of The Season:

The Elliott Whitehouse goal was a very important one at Wembley, but what a first-time strike by Matt Rhead at Coventry! Matt Rhead’s goal got my vote on this occasion! It wasn’t just the goal, the move that led to the goal was really nice, too.

Impartiality: “I have gone for Whitehouse. Not for the quality, but for its significance in our history. The goal that secured our 1st and so far only national cup win.”

Chesterimp: “Rheady’s at Coventry. Whitehouse’s winner at Wembley a special moment too.”