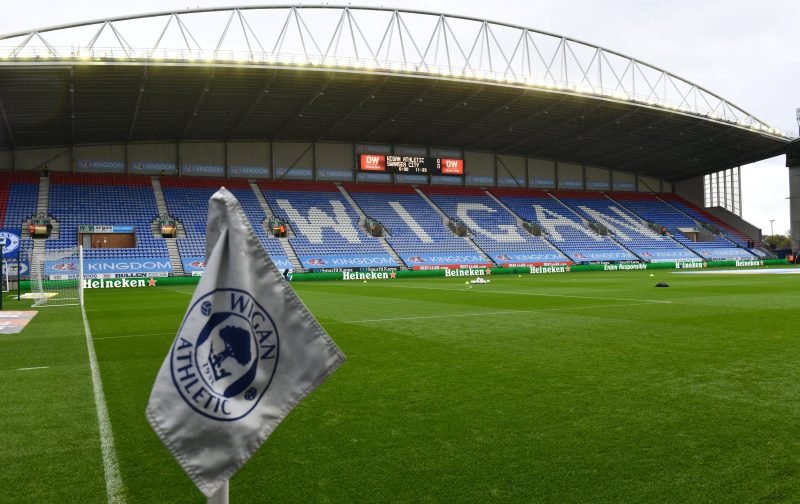 Lincoln and Wigan meet for the first time in over 20 years on Tuesday evening, although there has not been a long history between the clubs due to Wigan’s relatively recent arrival in the Football League. Wigan have the advantage with 14 wins to Lincoln’s 9, due mainly to a poor record in the late 1990s when Wigan won five of the six fixtures. City have never played at the DW Stadium, although they appeared a good number of times at the now-departed Springfield Park against both Wigan clubs. City took the honours on Wigan’s last visit to Sincil Bank on 15 August 1998, courtesy of then-record signing Tony Battersby’s first league goal for the club. That season ended in relegation for the Imps while Wigan were beaten 2-1 by Manchester City in the play-off semi-final. The two clubs parted company at that point, with Dave Whelan’s investment carrying Wigan to the Premier League and an FA Cup win.

Ahead of tonight’s match, we have done a Q&A with two Wigan Athletic supporters, so thank you to Adam and Cameron for answering our questions. The answers have been published on two pages. To get to the second set of answers, press “Click here for the next set of answers!” at the bottom right of the page, or click HERE.

First up, the answers provided by Adam:

How long have you supported Wigan Athletic?

Been a Wigan Athletic supporter for 12 years since the season of 2008/09, which was when I first bought a season ticket.

What do you think of your Caretaker Manager?

I didn’t think that Sheridan was the one for us, unfortunately, I think we are in better hands with Leam Richardson steadying the ship for the time being.

Survive through this crisis we’re in and hopefully avoid relegation.

Tom Pearce can be a great attacking threat from the LB position. Thelo Asgaard is a great young prospect too!

Hull City and Charlton to go up automatically, Peterborough, Portsmouth, Sunderland and Ipswich in the playoffs!

A well-run club that have had a great start to this season!

Manchester City can never seem to beat us in the FA Cup!!

Liam Bridcutt for his experience and leadership on the pitch to guide our young players.

What are your proudest and most embarrassing moments as a Wigan Athletic supporter?

Proudest moment was the experience of helping to raise over £800k to the ‘Save our Club’ campaign.

Most embarrassing moment was the heavy 8-0 and 9-1 defeats to Chelsea and Tottenham while in the Premier League.

Yes, we have the official Supporter’s Club. They sort away coach travel for fans and have had direct communication with the club through our administration process. Their relationship with the club has put them in a position of power to create a Crowdfunder and the ‘Save our Club’ campaign.

Which was your favourite match involving Wigan Athletic?

There’s been some unbelievable memories watching Wigan Athletic, but the FA Cup final is too memorable to not mention!

Which was your least favourite match involving Wigan Athletic?

The Chorley FA Cup loss was difficult, especially with me living near there!

Do you have a Former Players Association at Wigan Athletic?

Not 100% sure, but we always try and maintain good relationships with former players, like Emmerson Boyce. He still does a great deal for the club behind the scenes.

What is the best thing about Wigan?

In terms of the club, we have been let down massively by people who are supposed to protect us. Although we still have no idea what has actually happened behind the scenes, we know enough to know that something untoward has occurred. The case of administration has been described as a scandal and that is hard to ignore. It has had a detrimental effect on the fans and the employees of the club. We’re like one big family and it has been devastating to see people lose their jobs because of this.