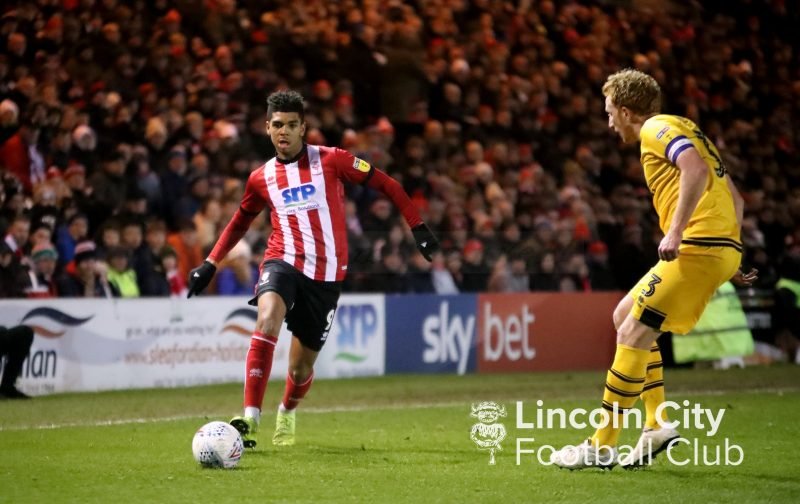 Views from Joseph Lovett following Tuesday night’s 1-1 draw at home against Milton Keynes: “We actually did okay in the first half, very sloppy at times, but, we could at least string a couple of passes together. Two golden chances missed again, I was impressed at how far wide Hesketh took his chance.

Second half was woeful, not helped by a ref that awarded any free-kick as long as the player went over. Unfortunately, MK learned that much quicker than us! MK dominated the ball and got into some half-decent positions, but both teams struggled to generate good chances. You’d have thought looking at the fitness levels that they had the extra day preparation, too many of our players looked tired. I wasn’t really sure what the game plan was the second half. We pressed sporadically and often as individuals rather than a team, which allowed MK to play out easily. Other than Scully, didn’t think the substitutes impacted the game at all, he must be worth a start? The midfield is very imbalanced, we have far too many (small) central midfielders and not enough wingers, even Grant isn’t a winger. Because of the height of or starting defensive midfield, we lose a lot of second balls.

As has been mentioned, the big concern currently is the upcoming season ticket sales. The performances in recent weeks won’t encourage floating fans to renew a season ticket shortly after Christmas.

A few positives were Bolger again was defensively very solid, as was Shack, Bridcutt looked fantastic for most of the game (completely disappeared for the final 10), Scully looked good when he came on and we stopped the losing streak.”

Brendan Bradley: “I’ll make some allowances for the wind, which always makes it hard to see a good game. But the second half was, well, error-strewn and with more restarts than a Rugby League game.

But anyone who thinks there has been nothing but exciting games in the last couple of years must have serious memory lapses because there were some shockers even last season.

For a team trying to play a passing game, we don’t half give the ball away a lot, though.”

Some nice touches but nothing really came together and poor finishing when needed a cool head.

Agree with most of the plusses and minuses above – Bridcutt assured once got going, capped with a good goal; Edun is a player, looked good in CM v Blackpool when got going, and apart from occasional positional deficiencies looked ok at LB tonight; Scully looked lively when he came on, lets hope for a start on Saturday.

Big minus, as others have said, is Hopper – offered very little, that long contract is a worry.”

Imps 2018: “John Jules was good other than his missed chance. Pressured them into most of their mistakes.

Grant should be a CM I think? I really don’t know where he should play. Don’t think he’s a winger.

Is Edun right-footed? Thought he played well but maybe better at RB?

The referee didn’t help the match. But neither did either team.

442 DOES NOT WORK!! You lose all links between midfield and striker. Hesketh is ok, prefer Payne – but definitely need 1 on the pitch. If we had CB’s, we should be trying 3-5-2. Think it would suit the system it appears Appleton is trying to play.

Thought he made some poor decisions today. Scully looks a bright player though.”