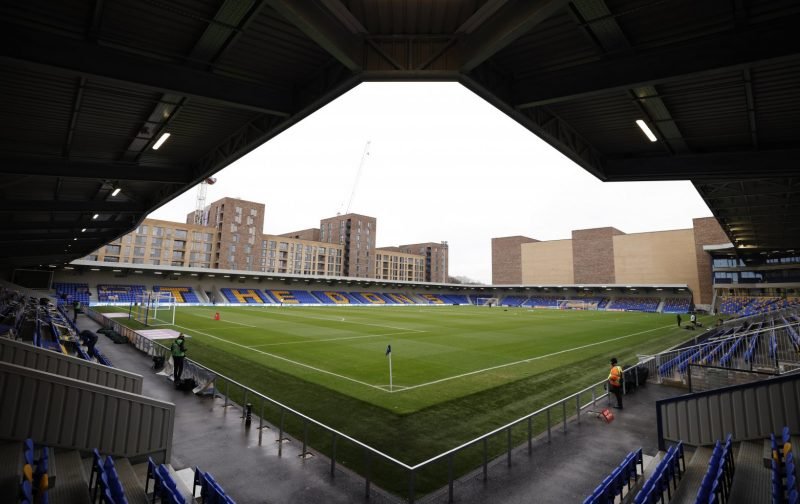 The last time The Imps faced today’s opponents AFC Wimbledon was on Saturday 2nd January 2020 at Plough Lane. City won 2-1 that day, with Tayo Edun putting the visitors ahead in the 8th minute. Former Imp Ollie Palmer made it 1-1 in the 31st minute, and that is how it remained until the 83rd minute when Tom Hopper scored to earn all three points.

First up, the answers provided by Stuart:

We finished 20th after PPG was calculated due to the Covid pandemic.

Mark Robinson (Robbo) was appointed head coach earlier this year and has done an amazing job. Robbo has been with the club for 17 years and started as a volunteer coach in the academy and then worked his way up to the U18’s manager and involved with producing some excellent talent along with his colleagues in the academy. Robbo has changed our formation, playing style, and mentality of this squad, and it’s unrecognisable from the team you beat 2-1 at Plough Lane in January.

Difficult question as Covid changed the landscape of football and nobody really knew the strengths of other teams and if fans would be able to attend. Our main hope is that we stay in League One and have a decent cup run. Away from the pitch, the hope was to be able to watch a game at Plough Lane after being away from it for 30 years, but that will have to wait until the beginning of next season.

Individually our midfield duo of Alex Woodyard and George Dobson have formed an excellent partnership protecting our back four. Joe Pigott naturally is one to watch with 20 league goals this season, however, we are sharing goals around the team since Robbo come in, so we don’t necessarily rely on him for goals as much as we did in the first half of the season. Two academy players are a hand full also in Jack Rudoni and Ayoub Assal.

My thoughts at the start were Peterborough, Portsmouth, Sunderland, Charlton, Hull, and an outside chance for Bristol Rovers because of their recruitment in the summer.

Really impressed but nobody should be surprised when Michael Appleton is in charge of a team. He obviously has a good reputation in football as he is trusted with some very good loans from the top two leagues. I didn’t expect you to be holding your own at the top of the table, but equally, you were never a consideration for relegation this season.

I expect you to rest some players considering the ridiculous amount of games you have had to play over the last month and having a playoff place secured. Robbo will want us to finish strong so we go into next season with a winning mentality and won’t play many fringe players. I think we could run out winners by the odd goal – 2-1 maybe.

I really liked the look of Callum Morton last season when he single handed got Northampton into League One. He has been injured for a while this season so hasn’t played as many games, however, at 21 years old, I think he will develop into a very good player at this level and play in the Championship.

The proudest moment is probably the penalty win against Luton in the National League playoff final. To secure our return to the football league in 9 years is a testament to the fan’s belief, dedication and passion to get us back into the league after our previous league place was stolen. Whilst we were a big club support-wise in Non-League, we by no means brought our way back into the league and regularly had teams spending silly money on players when playing in the Ryman League. The season we got promoted, Crawley stormed the league with additional finance and Luton were also strong which makes our promotion all that more special.

Alex Woodyard is underrated by many of our fan base and that is simply down to only being able to watch our games with one static camera. I was fortunate to be able to attend some games early in the season and the work Woodyard does off the ball is crucial to providing us with that solid base in the middle of the park. I have no doubt he will be a fan’s favourite next season when fans return and see the drive, passion and will to win he has for the team.

Our is the most talked about ownership model in the English league so I won’t bore you with the full story, however, our ownership model has shown how vital it is with the current situation of the pyramid with teams close to going out of business and fans desperately trying to save their club from extinction. If you look at clubs like Wigan, Bolton, Sheffield Wednesday, and Derby to name a few, they have been bankrolled by wealthy owners which is great short term, but when that money dries up, the club is reliant on another wealthy owner coming in or going into administration.

Its important that fans have a say in their club and I think the 50+1 model will be introduced to many clubs from League One downwards which will be great, however, clubs in the top two leagues are too expensive for that to be done and the game needs reform to help these clubs from themselves.

Football has been broken for many years and Covid along with the proposed European Super League has brought this to light in a spectacular way.

So many to choose from, however, a 2-1 home win vs Crawley Town during our promotion season in 2011. Crawley were managed by Steve Evans who is a character opposition fans love to hate and after Evans had tried to sign our top goalscorer Danny Kedwell earlier in the season, his visit to Kingsmeadow was always going to be interesting. We had T-shirt’s made up for the game saying money can’t buy Kedwell, as Crawley were heavy spenders that season and they were not used to being turned down by players. The fact that Kedwell went on the score a late winner and Evans got sent off at half time due to his Scottish charm, made it a memorable night at our previous home.

This was way back at the end of the 2006/07 season when we had a one-leg playoff game away to Bromley in the Ryman League South. Wes Daly got two yellow cards in the first half-hour which gave us a mountain to climb. We lost to a late Nic McDonnell goal (who we eventually signed for us years later) and a long season campaign had ended in half an hour with us playing with 10 men.

Not that I am aware of, although I know the former players from the ’90s regularly get together at Christmas for a drink or two.

Bearing in mind the number of players we got through in the non-league days, whoever headed up that association would have a full-time job tracking them all.

What is the best thing about Wimbledon?

Now that’s a question…. The obvious thing is that is now, once again home to the greatest story in football, that’s Robbo’s words and can connect fully with its community. The Covid pandemic brought out the best in the club and its community by setting up the Dons Local Action Group (DLAG) which started off with simply asking for food donations from local residents to help those in need back in early 2019, to having local business providing supplies, expanding into providing laptops etc for children who had to be taught from home without the equipment needed. It has won numerous awards and shows what the community along with its local club can do in a time of need.