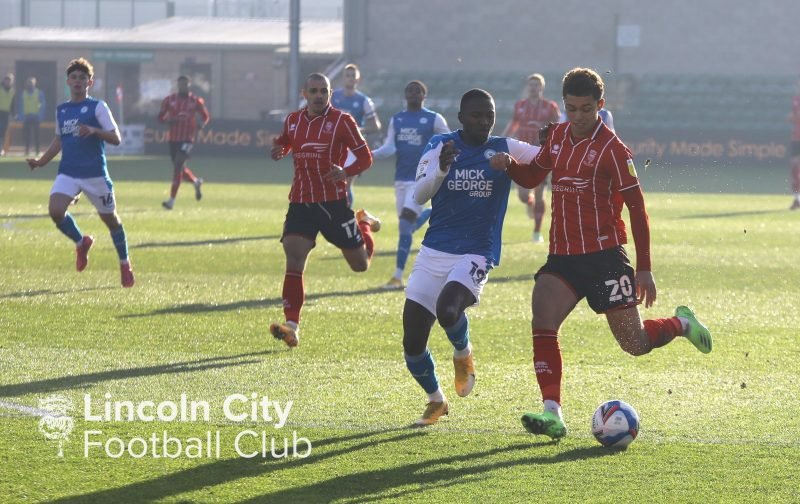 Following Saturday’s 1-1 draw at home against Peterborough United in League One, I asked the Vital Lincoln City members what three things they learned from the match.

You can discuss what has been said in this article HERE, as well as many other topics on our 100% Imps forum! We have also published a Lincoln City v Peterborough United Quiz, which can be found just below the first three things. Every page view helps raise money for Lincoln City Football Club!

1. By the sounds of it, the COVID situation meant that there has been little formal coaching this week. Short of key players and down to 6 on the bench, to then go out and earn a draw against one of the strongest teams in the league is testament to the application and intelligence of this playing squad.

2. Scully needs to be tied into a new contract or option extension asap. MA and JG have been quiet on this, so hopefully, it’s been sorted. He was struggling to make an impact a few weeks ago but is now looking like the player we hoped for when he signed. His goals to minutes scoring rate is high, he can snaffle chances and finish well, all allied to a high work rate and team ethic.

3. It feels churlish to criticize when we’re top of the league, but I still feel substitutions are MA’s weakness. Posh negated the red card as much as they could yesterday by maximum use of substitutes, only 4 of their starting outfield players finished. But a man down leaves spaces, and with Bridcutt tiring and at high risk of a red, the pace of Elbouzedi might have made good use of that space in the last 10 minutes or so.

And here’s what Rasenimp said:

1. Again, we maybe showed a bigger team too much respect in our own stadium. A bit like Sunderland. Front foot second half much better.

2. Bridcutt doesn’t seem as essential as I thought- I thought games like this were his bread and butter but he was so loose on the ball and made so many fouls.

3. We are a poorer team when Tom Hopper doesn’t play and he’s a big miss when we are stuck defending.