Three Things The Imps Need To Do To Beat Swindon Town 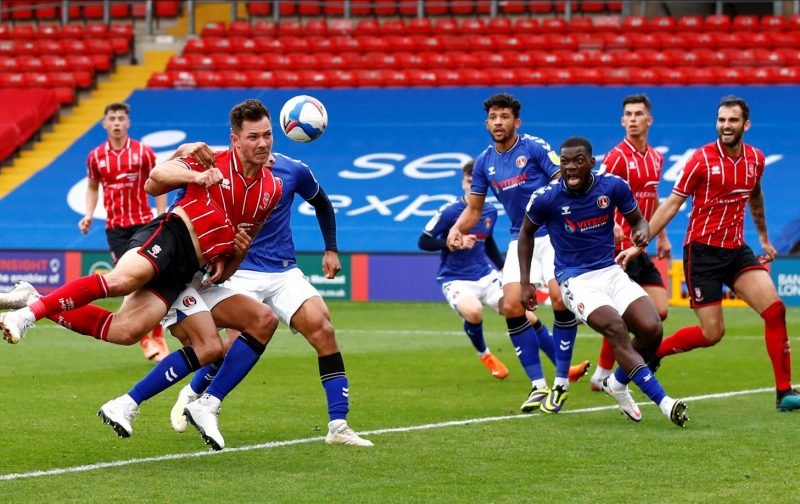 Ahead of tomorrow night’s match away at Swindon Town in League One, I asked the Vital Lincoln City members what three things The Imps need to do to pick up all three points.

1. Get closer to Tom Hopper. Hopper does a great job in leading the line but he’s not going to get twenty goals in a season working on his own. Often he wins a header but we haven’t got anyone close enough to him to pick it up. He runs the channels meaning if a ball in the area is possible, there’s at most one or two attackers against five or six defenders. If we played one of the midfielders that bit closer to Hopper, he’d be the one in the box getting that chance. Away at Swindon is one of those games where you can look to go for the win by taking away that third midfielder that has worked really well so far against the ‘stronger’ teams and be a little bit more adventurous. Johnson through the middle behind Hopper could be the key to the game.

2. Corners. Corners. Corners. Corners. The fourth consecutive time I’ve put this on threads before games. They just have to be better than they have been of late. It’s a great weapon in our arsenal but for whatever reason in the past few weeks, they just have not been working. We’ve had our share of them in each game but I can’t remember one coming off since the Charlton game. Better delivery needed.

3. Be wary of the curse of the former player. Does Jack Payne have a point to prove tomorrow night? A player who started very brightly when he first came to us last season who barely featured once the manager changed. Will he use the game to try and show what we could have won. There have been plenty of players who have come back to haunt us over the years after ‘failing’ in a City shirt. On his day a good creative player. Those days can be few and far between though and we need to ensure that we don’t give him the opportunity to make us regret moving him on.