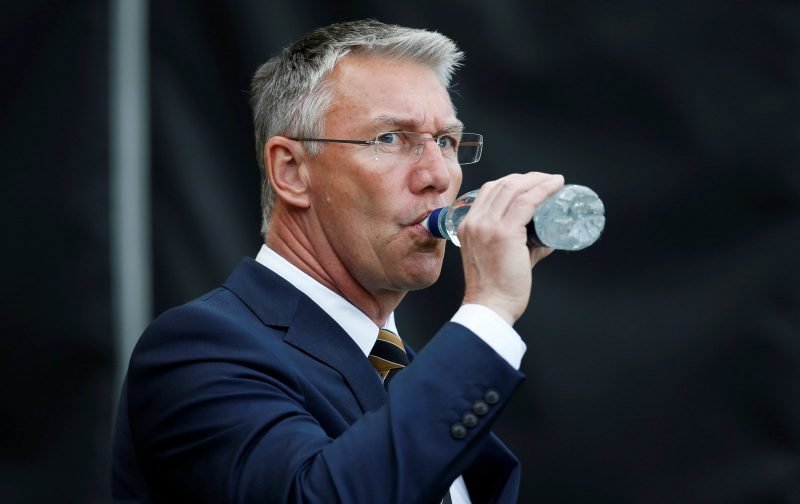 When The Imps faced tonight’s opponents Charlton Athletic at Sincil Bank earlier this season, City won 2-0, thanks to goals from Jorge Grant (45+1′) and Lewis Montsma (88′).

Ahead of tonight’s match, we have done a Q&A with three Charlton Athletic supporters, so thank you to Micky, George and Paul for answering our questions! The answers have been published on three pages. To get to the second and third sets of answers, press “Click here for the next set of answers!” at the bottom right of the page.

First up, the answers provided by Micky:

How long have you supported Charlton Athletic?

We were relegated on the final day of the season in the Championship. Although we were losing 1-4 away to Leeds other results, we’re going out way until Barnsley scored away to Brentford in injury time to relegate us – gutting!

Nigel Atkins only came in a month or so ago and like most Charlton fans we were a bit underwhelmed to be fair. He has since won a lot of fans over with his infectious positivity.

I think we will do well next season if we don’t make the play-offs this year.

To be honest even with our poor ownership I personally expected us to go straight back up.

Jake Foster-Caskey has had a great season & will win POTY, but I’d say watch out for Chuks Aneke who is a great weapon coming off the bench. If he could maintain his fitness/injury’s he’d be playing at a much higher level.

You’ve had an amazing season. I really thought you’d drop away but fair play you’ve been there or thereabouts all season, so you definitely deserve your place in the play-offs. If we don’t make it, I’ll be hoping you can make it although it’s all a bit of a lottery, whoever turns up on the day really. Do like Michael Appleton, he always comes across well on interviews.

As you’ve secured your play off place already, I’m hoping you will be looking to manage a few players in preparation for the play offs so not your strongest side, I’m going for 2-1 Charlton.

Don’t know one, to be honest!

What are your proudest and most embarrassing moments as a Charlton Athletic supporter?

Proudest would have to be playing for 7-8 years in the Premiership.

The most embarrassing would be our failure to beat Millwall for over 20 years!!

Have to go for Chuks again or Albie Morgan. Albie is one of those players who splits the fans. I really like him though.

Yes, we have a fan on the board and have just introduced a teenage fan advisory committee.

Which was your favourite match involving Charlton Athletic?

Probably the play-off finals v Sunderland. The last one winning promotion with a 94th min winner in front of our fans at Wembley, doesn’t get much better than that!

Which was your least favourite match involving Charlton Athletic?

Probably losing 0-4 away to Millwall.

Do you have a Former Players Association at Charlton Athletic?

What is the best thing about Charlton?

Not a lot to be honest. Probably the Royal Oak pub!