“This may come as a surprise to younger fans, but it was Brighton.” 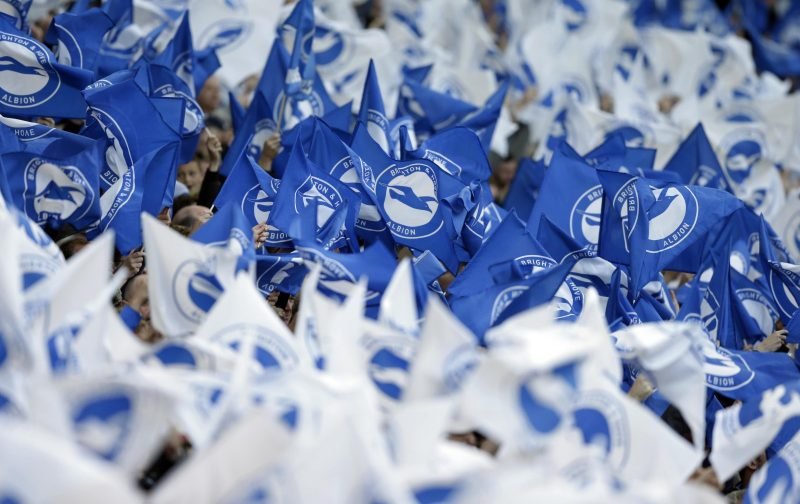 “This may come as a surprise to younger fans, but it was Brighton. City won 2-1 in front of 9,890 with a scrambled goal from Terry Fleming and a cracker from Lee Thorpe. The date of 2 May was exactly ten years to the day since City had beaten Wycombe to return to the League.”

I know the answers for Quiz No.16 are available below, but if you haven’t had a go, don’t read the answers and give it a go along with the other quizzes!

No wonder some of the players could barely walk at the end of that. And remember, they won the title with seven straight wins…

2. Which Lincoln City assistant manager went on to manage Myanmar?

Grimsby legend David Booth, who had a very short spell at Lincoln as assistant to Steve Thompson. Booth managed Myanmar (Burma) between 2000 and 2003, and has been a successful coach in Asia for the last 29 years.

Frank Lord also managed an international side in Asia, as head coach for Malaysia between 1983 and 1985 – i.e. before his spell at Lincoln in 1994.

3. Who is the last player to score a hat-trick for Lincoln?

Given Lincoln’s success over the last three seasons, it is surprising that the last hat-trick was scored by Lee Angol at Braintree on 7 March 2017. It holds a unique place in the club’s history, being only the second hat-trick scored on debut and the only one scored away from home.

4. What was notable about John Ward’s four goals in the 4-2 League Cup win over Chesterfield on 20 August 1975?

They were all headers. City lost the second leg 3-2, but went through on aggregate to meet Stoke City at home.

5. What was the name of the junior club that provided four first-team players in the late seventies?

City signed four youngsters from Sunderland junior side Lambton Street Boys Club in July 1977, and all four went on to play for the Imps whilst still teenagers. Old-fashioned centre-forward and Lincoln City Legend Mick Harford made his City debut at the age of eighteen, and went all the way to the First Division and international football with England. Centre-half Mick Smith also made his City debut at eighteen, and played extensively in the First Division for Wimbledon. Striker Alan Eden was also eighteen when he made his debut, but made only seven appearances before joining Runcorn, where ex-Imp Jim McCalliog was manager. Full-back Keith Laybourne had to wait until he was nineteen to make his debut and made 20 appearances before also joining McCalliog at Runcorn.

Possibly the best job lot of players of all time? Certainly better than the rubbish we got from Premier League Fulham under Chris Sutton.

6. Against which side did Lincoln secure promotion from the Fourth Division in 1998?

This may come as a surprise to younger fans, but it was Brighton. City won 2-1 in front of 9,890 with a scrambled goal from Terry Fleming and a cracker from Lee Thorpe. The date of 2 May was exactly ten years to the day since City had beaten Wycombe to return to the League.

Brighton had left the Goldstone Ground a year earlier and unbelievably were ground sharing at Gillingham. Their average attendance that season was just 2,300, a far cry from their present position in the Premier League. The attendance at City’s away game that season was just 1,036. Not surprisingly, they finished second from bottom of the Fourth Division – fortunately for them, there was only one relegation place at that time.

Stoke striker Neville ‘Tim’ Coleman scored seven to take his season’s tally to 27. Amazingly, he failed to score again that season as third-placed Stoke fell away badly to finish a disappointing sixth.

His seven goals in a match remains a Stoke club record and has been bettered by just two players in the history of the Football League: Robert ‘Bunny Bell’ (nine for Tranmere against Oldham on Boxing Day 1935) and by Joe Payne (ten for Luton against Bristol Rovers on 13 April 1936). That means that Bell’s fantastic record stood for just 109 days, although it is worth noting that he missed a penalty in that game. It also means that no one has ever scored eight in a Football League match.

Tim Coleman’s career was all downhill after that, and he was transferred to Crewe in 1959 before emigrating to Australia, where he died on New Year’s Day 1981 at the age of just 50.

They conceded 100 league goals for the first and so far only time in their history. It was the first season after the First World War, and City finished the season having conceded 101 goals from 42 games. Surprisingly, they did not finish bottom – that honour went to Grimsby Town, who finished two points behind the Imps.

And that gives rise to another ignominious story from the annals of the Football League. Sitting comfortably?

At the Football League AGM in June, Lincoln were voted out of the League along with Grimsby, replaced by Cardiff City and Leeds United. That rankled badly to begin with, as Leeds United was essentially the same club as Leeds City, who had been thrown out of the Football League due to financial irregularities only eight months earlier. The vote went:

Quite how Grimsby secured so many more votes than Lincoln despite finishing below them was open to debate, but it hardly mattered when both had failed to be re-elected.

However, things got immediately worse.

That is not quite true, but almost. The Football League promised to treat Lincoln’s application favourably, should a northern section of the Third Division ever be formed. It was, just a year later, but it still does not alter the fact that Lincoln City were effectively relegated two divisions in 1920.

9. When City met Northern Premier League side Gateshead in the first round of the FA Cup on 22 November 1980, they had originally been drawn against a different club – which one?

It was Marine, also from the Northern Premier League. Marine had beaten Gateshead 1-0 at home in the fourth qualifying round, only to be disqualified for fielding an ineligible player.

City scrambled past their lowly opponents with a Phil Turner goal.

10. And our usual quirky one to end with. Why did Nottingham Forest receive criticism from Lincoln City in August 1989?

They sent their first-team squad to play a Midland League game despite it being essentially a third-team fixture for them. The Forest team was:

Those names may not mean a lot to younger supporters, but eight were first-team regulars, two were full internationals, and three were U21 internationals. To emphasise the difference in standard, Nigel Jemson appeared as a substitute and scored a hat-trick in four minutes in a 9-1 win. City Reserves & Youth manager John Pickering drily called it, “…a lesson in how a First Division outfit can beat Fourth Division YTS players.”

City fans will recognise one name in particular – the underrated Tony Loughlan, who later had a season at Sincil Bank (1993-94).

"This may come as a surprise to younger fans, but it was Brighton."https://t.co/yDcnOfLLlD#ImpsAsOne #BHAFC pic.twitter.com/T1tsXt5BvE

"This may come as a surprise to younger fans, but it was Brighton."https://lincoln.vitalfootball.co.uk/this-may-come-as-a-surprise-to-younger-fans-but-it-was-brighton/