“This “blip” has seen us go from second with a game in hand to four points clear.” 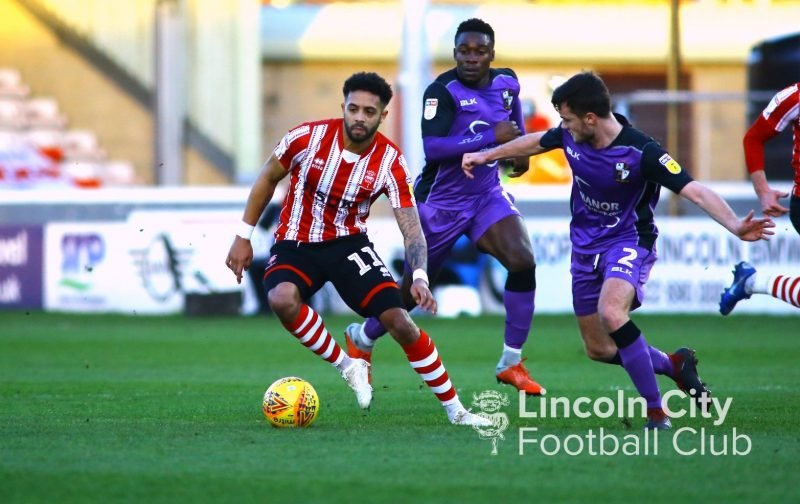 Views from GreenNeedle following yesterday’s 1-1 draw at home against Port Vale in Sky Bet League Two: Very poor game today by both sides not really helped by 2 Linos that refused to make decisions and a Ref that let so much pulling and pushing go that it just encouraged more.

Yes, we are top of the league. Yes, we have a nice cushion and are getting points while not playing our best. Delighted with that however…….

……the way we defend en masse in open play with when the opposition have the ball is still the same as it has been for a long time, especially if we have a 1 goal lead. Our midfield backs into the defence line and we leave a massive space from 25 yards out to the halfway for the opposition to do whatever they want.

Happy for teams to take long shots maybe a decent percentage shout but for supporters, it is very frustrating.

When the opposition cross it in, or play it forward then hurrah we win every header however because we have the whole team (normally minus 1 who is a little further forward) in a 5-yard space along the edge of the box then once it is headed out it goes straight back to the opposition.

Not really understanding the criticism of Andrade. Yes he is a drama queen, and that annoys the hell out of me, but he is a great player for this level. A month or so ago everyone was purring over him, then he got injured. Now all of a sudden people are on his back? What gives? Players get injured and it may take time not just to regain match fitness but also for the injury to truly heal / player’s confidence in the recovery.

Andrade’s game is based on pace and agility. If he is feeling anything then he is not going to run at full tilt, nor is he going to try and turn quickly the way he does.

I suspect that Danny is happy with his level of fitness despite it not being 100%. HE also probably thought that the opposition he has played him against are not table toppers and thus he would be able to work himself back easier than if he returns fully fit against a top 8 side (or Lincolnshire Derby.) He will get back to how he was, just needs to work his way back in.

Also seen comments about Pett needing to get back to form? Last home game he scored a Beaut. Today he put a good shift in when he came on. ‘Tis the tactics of men behind the ball, not certain players fault we drew today but the Cowley’s method analyses probabilities and such like so the tactics are obviously to accept the risk of long shots.

We just need to get a grip on expectations vs reality. This “blip” has seen us go from second with a game in hand to 4 points clear!!!

And it was New Year’s day. The crowd had no energy. Even the kids were allowed to see the New year in and it showed. A very flat crowd, tired, some still suffering from the night’s celebrations. They will be recovered in full by Saturday and most definitely by the 19th.

hulloutpost: “Meh we have become a little stale recently but I view it as a combination of fatigue and people playing with injuries. I would rather be going into a timely transfer window 8 points clear of fourth than 8 points behind third. Without being complacent we are in a fantastic position so need to keep calm, freshen up in January window and keep on chipping away. The prize is third place so we are ahead of where we need to be and I am confident we will hit a patch of form at some point to keep us where we need to be.”

Skip155: “We have a habit of collapsing into our own 18-yard box and clinging on through grit and determination as Danny would say. We hear that time and again and it’s admirable but the simple fact is when you do that you’ll get found out sometimes. Yesterday was one of those days.

I haven’t heard Danny’s interview yet but from the bits I’ve read, I’m a bit worried that collapsing into our 18-yard box isn’t by design. I’d assumed they’d done some stats work and decided that the way to see games out is to adopt that approach – especially on the basis we often pull everyone back with no available out ball. I wonder how you go about fixing what’s become a regular problem.

One home clean sheet all season is a worry. That might be the result of a slightly more adventurous style of play resulting in more goals, but across 13 home matches, you’d probably expect a top team, which we aspire to be, to keep more than one.

These concerns are obviously within the context of an excellent season to date and probably could be summed up as grit and determination aren’t always going to be enough.”

"This "blip" has seen us go from second with a game in hand to four points clear.":https://t.co/VcAjjxfw7x#ImpsAsOne #PVFC #Vale