“There will be tougher tests to come, but this is a real statement of intent.” 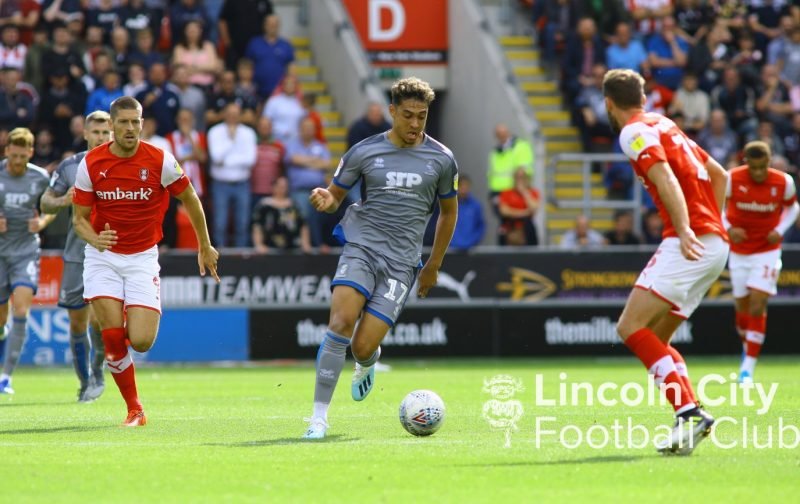 Views from Snats following Saturday’s 2-0 win away at Rotherham United in Sky Bet League One: “Brilliant day and a brilliant result. At first, it seemed like this was the step-up we’d all been expecting – the signs were ominous in the first 20 minutes as they asserted themselves physically. However, I think there came a moment about 30 minutes in when the players realised that underneath the surface, there was nothing to be scared of. Two quick goals either side of half time and the game was done and dusted. We hustled and bustled and Rotherham didn’t have a sniff until Vickers’ top-class save late on. Everyone played well but Anderson and the defence deserve particular mention.

There will be tougher tests to come, but this is a real statement of intent.”

NottyImp: “This is one of my favourite Cowley victories. It lays the ghost of that horrible, horrible game against Rotherham in our relegation season when I left at 5-0 down in utter disgust and despair, knowing that we were doomed.

Thank you, Danny and Nicky and the players for putting that horror show finally to rest.”

Luke Imp: “Cracking result, that. Carlisle away followed by Port Vale away from the set-piece book!

Regardless of the squad depth at the minute, it’s worth remembering that as it stands, we’ve still got a strong first 18 when all available (which unfortunately they aren’t at the minute). Most of those still here won L2 with relative ease last season so all thought a bit of negativity lingers in that respect, we’re still well placed. Tweaking rather than overhaul and thankfully, we’re looking for squad fillers rather than first-teamers. That’d be a worse scenario.”

Gaz_Imp: “Great win, loved it. A win based on resilience.

Whole back 5 were superb. Keep Vickers fit and he is a top keeper at this level. Bolger best game to date, looks like preseason done him good, my man of the match. Shacks might struggle to get back in!

Payne oozed class again, reminds me a lot of Joe Cole in his prime. Morrell is immense, could well be a better version of Woodyard, but not going to commit to saying that after just two games, I am a platinum member of the Woodyard fan club after all. O’Connor a stalwart again as against Accy. Harry worked himself into the ground and took header superbly. Grant and Walker didn’t see much of the ball but kept running and made both goals happen.

Not to say we didn’t ride our luck at times. Stats will show they had lots of efforts, but many of these outside the box as they got frustrated trying to break our organised and determined defence down. That said they did have 3 good chances – all headers. One early on, their lad put it wide and should have done much better. That was during an early spell of domination from them, they came out fired up first 20, and certainly looked most threatening first half, but then we pull out one of our trademark routines and punish them. They then had a second good chance with a header early second half, again their lad should do better, Vickers made a fairly comfortable save. From then it felt like we largely controlled the second half. A great ball from Grant and header from Harry for 2nd. Third decent headed chance then comes for them late on and the superb Vickers makes a great save – his best of the match.

The atmosphere was interesting in their end. Decent early on but once two down they stopped. Even when they had set pieces in decent positions. Was the atmosphere of a recently relegated team – two down, here we go, lost again. Imps fans I thought were superb.

Said last week will judge after 6 games so trying to not get too excited…! But noticed Scunny lost again, hope a few people remember not too judge us on preseason next year!

And lastly… Couldn’t help but think back today to when they stuffed us 6-0 at the Bank the season we were relegated to the National League. How far we have come. That side was the worst Lincoln one I’ve seen, with zero resilience. Today we have one of our best Lincoln sides with an incredible amount of resilience, here’s to that continuing for a good while yet.”

"There will be tougher tests to come, but this is a real statement of intent.":https://t.co/eXKKVIi8T0#RUFC #ImpsAsOne #ProudToBeImps