“The team is short on the confidence especially in front of goal.” 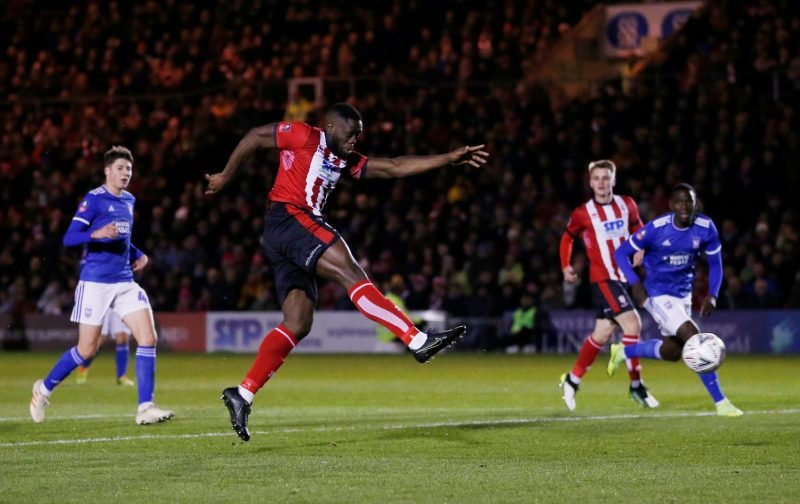 Following Wednesday night’s 1-0 defeat at home against Ipswich Town in the First Round of The Emirates FA Cup, we asked our members what three things they learned from the match.

1. The team is short on the confidence especially in front of goal. Good chances are being made but not taken. Two or three of those created tonight would have gone in last season and the one before. Players are snatching at opportunities that they would otherwise take an extra second over which could result in a goal.

2. You have to keep your concentration up. Yet again we were arguably the better side but lost to a sucker punch. I thought that at that point we have settled for another thirty minutes extra time. Ipswich made a very late substitution in injury time and we lost concentration which resulted in their player being left alone to win the game. Again one slip costs the game as per the weekend.

3. We need to re-group as a squad of players and the management team. We have (unless the Bolton game is shoe-horned in) the best part of two and a half weeks until our next competitive game. We hear of clubs and managers moaning about how tiring schedules are yet we find ourselves with the luxury of two successive free weekends now. That time needs to be spent properly on the training ground and analysis suites to get us up and running again.

1. We need to look at the short goal kicks we are persisting with, last night was scary at times and we were lucky not to give away a silly goal. I know its all about ball retention but we seem to put ourselves under pressure in the wrong areas, we are currently not good enough to play the ball out of defence. Second half we were pressed like we pressed them first half and looked vulnerable.

2. We do not have enough quality at the moment for this level of football, we give the ball away too easily and struggle when it comes to the final ball into the box, our free-kicks were poor last night as well.

3. Surprise, surprise we need another forward, more importantly, though we need to play this forward alongside another forward and not keep playing hole players who do not get alongside the forward, last night we were most effective when Hesketh got up alongside Akinde. I could not believe when Walker came on he took off Akinde, we were 0-0, not only could of the goal-scoring threat increased but also had it remained 0-0 after extra time we would have had two penalty takers on the pitch.

"The team is short on the confidence especially in front of goal.":https://t.co/HvQO6VAIEc#ImpsAsOne #ProudToBeImps #ITFC