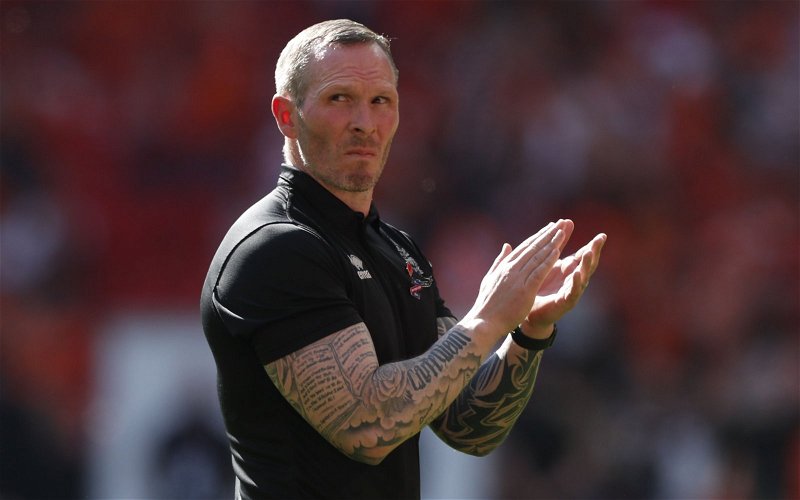 Following yesterday’s announcement that Michael Appleton has left The Imps by mutual consent, I asked the Vital Lincoln City members what three things they learned during his time in charge.

Here’s what sedgleyimp said: (You can view what domski2017 and Chesterimp said HERE):

1. You just can’t please some supporters. Next season will be our fourth in the third tier of English football, something we haven’t achieved for the best part of forty years. We were within 90 minutes of getting to the Championship some 11 months ago. Yet for some supporters, Michael Appleton was never the manager they wanted. Why did they think that way? Honestly not have a clue. Was it because he didn’t bounce around on the touchline or popped to the local primary schools. Under his leadership, we have established ourselves as a League 1 team, a team who are capable of winning at teams that ended up winning this league. No doubt when the replacement is announced the same names will be on their keyboards saying we have not made the right choice again and quickly get back to their FM save where they have the luxury of a reset button when you’ve lost to Accrington.

2. The standing of this football club in this country’s pyramid has increased massively. You only need to look at the teams we are dealing with for loanees to see this. Manchester City and Arsenal to name but two. Teams like this would not have sent their future greats to us in past seasons. The trust the likes of Arteta and Guardiola put into how Michael Appleton has brought their young players on will keep us in good stead as we move forward. You only have to see how Brennan Johnson is doing to know that MA is, above all else, a terrific coach of young players and if he does end up in the England set-up it bodes well for the National Teams’ future.

3. It’s never been less than interesting. From the playing it out at the back which often put supporters’ hearts into their mouths, to watching from a TV screen as the team played some superb football last season to wondering why Chris Maguire was always getting selected when he didn’t deserve to be, it’s never been boring over the last 3 seasons. Would some prefer glory hunting at the top of the Premiership beating inferior opposition week in week out, or just not quite knowing which Lincoln team would turn out that day? I’m very much in the latter group.