“The football under Graham hasn’t been great, so the fans are grumbling a bit.” 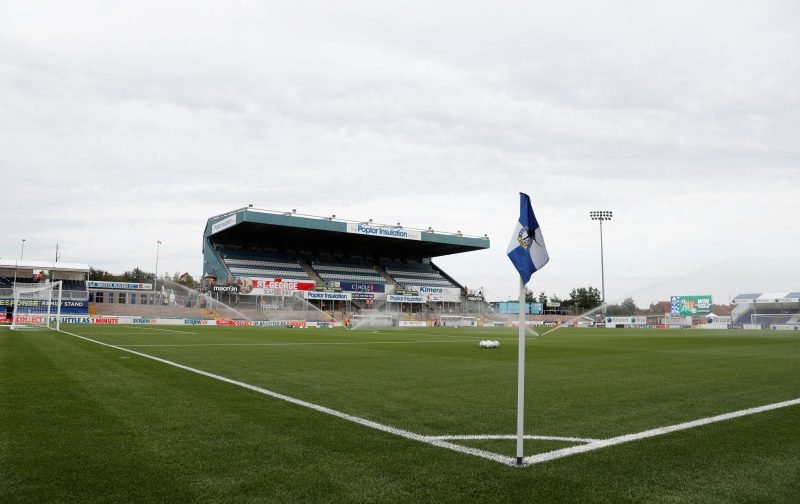 The last time The Imps met today’s opponents Bristol Rovers at home was on Saturday 13th September 2014 in the Conference. The Gas won that 3-2 that day in front of a crowd of 2,933. Stuart Sinclair put the visitors before Daniel Leadbitter’s angled strike made it 2-0. The Imps were awarded a penalty for handball, and Sean Newton scored to make it 1-2. Jordan Burrow levelled just before the break. In the 90th minute, Ellis Harrison converted from Lee Brown’s pass for a dramatic winner. Highlights below, if you dare watch the truly shocking defending!

First up, the answers provided by Tom:

How long have you supported Bristol Rovers?

I’ve been Gas all my life growing up in East Bristol, which is a bit of a heartland, but I’ve only been a season ticket holder for 4 years. Between Uni and playing, I didn’t have that much time to get to games. Now I’m a bit older and slower my Saturdays are all about the Rovers.

We finished 15th which sounds like a comfortable mid-table finish, but we were in a relegation scrap with about 8 other teams for the second half of the season. It was hugely entertaining as the teams were so close, although I wish we could have watched it from afar as it was stressful!

The jury is out on Graham. Stepping into the shoes of the ever-popular Darrell Clarke was always going to be difficult and saving us from relegation last season has gone a long way to building up goodwill with the fans.

That said the football under Graham hasn’t been great, so the fans are grumbling a bit. While its getting results no one can moan that much.

Who Are The League One Managers? No.5: Graham Coughlan (Bristol Rovers)

Mid-table obscurity. We’re not good enough for the playoffs and we’re too good to go down so I’d take a middling season.

Johnson Clarke-Harris is our standout player. Is coming back from injury but is still banging in goals. Scored an incredible overhead kick against Accrington at the weekend. Well worth looking that one up!

I think all the big boys will be up there like Sunderland, Ipswich Town, Blackpool. After that, I think Peterborough United will get there with the signings they’ve made this season.

For the other two places, it’s a bit of a lottery. You are up there right now along with Fleetwood Town and Coventry City and oddly Wycombe Wanderers, but I think that will change come the end of the season. I’ll hedge my bets and say it’s too early to tell!

Southend United. Survived by the skin of their teeth last season and have started terribly. AFC Wimbledon have been treading water for too long and this could be their year to drop. Although Bolton Wanderers have signed a ton of decent players (Murphy anyone?) despite not having played their old players the wages owed I think 11 points is a bit too much to overcome. I do think they’ll make it close to safety though.

I’m probably the wrong person to ask as I didn’t follow Rovers closely when we played each other in the play-off semi in 2007. Lots of Rovers fans have fond memories of the away leg especially!

I’m going for a 3-1 home win. We’ve been awful on our travels this season and you sound good at home.

Rovers were originally founded as the very un-PC Black Arabs. Later to be the Eastville Rovers and then Bristol Rovers.

Jack Payne. We are crying out for a creative number 10 and he would have been perfect for us.

What are your proudest and most embarrassing moments as a Bristol Rovers Supporter?

Proudest is when fans organised a food bank collection for the North Bristol Foodbank and donated over a ton of food. Absolutely amazing!

Most embarrassing. There are quite a few. Top of the list has to be a video that went around just after the Al-Qadis took over saying how rich we are and how we’re gonna be in the Premier League in 5 years and all that. The very end said ‘unlucky da shit’ in reference to C*ty which has become a bit of a catchphrase for when something has gone wrong at Rovers.

A few weeks ago, I would have said, Ed Upson. He’s what makes our midfield tick by breaking up play and transitioning us to attack. In recent weeks fans have been appreciating him a bit more and we could see how badly we missed him against Accrington.

We do. Bit of a sore subject as they don’t seem to do an awful lot.

Which was your favourite match involving Bristol Rovers?

It’s hard to look past the 2-1 win against Dagenham where Lee Brown scored the 92nd winner to get us promoted. However, I am going to say the 3-2 win against Gateshead in the conference. Was an end to end game with both teams playing great football. Stuart Sinclair scoring the winner under the lights at the Mem was something special.

Which was your least favourite match involving Bristol Rovers?

Most fans would say the game against Mansfield where we dropped out of the league. That was before I was going regularly so I’m going to say the 4-0 drubbing we got at home against Doncaster last season. We were so poor it was unbelievable. That was the beginning of the end for Darrell.

Do you have a Former Players Association at Bristol Rovers?

We do and they are very active!

What’s the best thing about Bristol?

It’s hard to pick just one. The history, the pubs, the architecture, the events, the friendliness, the balloons, the accent, take your pick!

If you were in our position, who would you replace the Cowley’s with?

Looking at it realistically I’d say, John Coleman or Gareth Ainsworth. Not amazingly ambitious appointments, but both know the league inside out and I think given some money could do a good job.

Will Bristol City ever make it to the Premier League?

Unfortunately, they will. They’ve been edging closer each season now that the owner has realised that throwing money at the team won’t get them promoted and is trusting youth instead.

Do you ever play “Jumpin’ Jack Flash” over your tannoy at the ground?

I don’t think I’ve ever heard it on the tannoy.

Your crowds are down by some 13% this season, what do you see as the principal reason?

After the Al-Qadis’ took over the club there was the talk of you either moving or redeveloping the Memorial Stadium. Has there been any progress? What is your preference?

This is a can of worms! There have been a few false dawns and the latest is that we’re looking at a site near Temple Meads and this would come with a takeover from a UK based consortium. I’m not holding my breath though.

My preference would be somewhere central or redeveloping the Mem. I was against the stadium plans out at the UWE as I don’t want to travel to a soulless trading estate like at Milton Keynes or Oxford United.

"The football under Graham hasn't been great, so the fans are grumbling a bit."https://t.co/tWZIg9f455@GasCastPodcast#ImpsAsOne #ProudToBeImps #BristolRovers