Sunderland 1-3 Lincoln City: Our Man of The Match 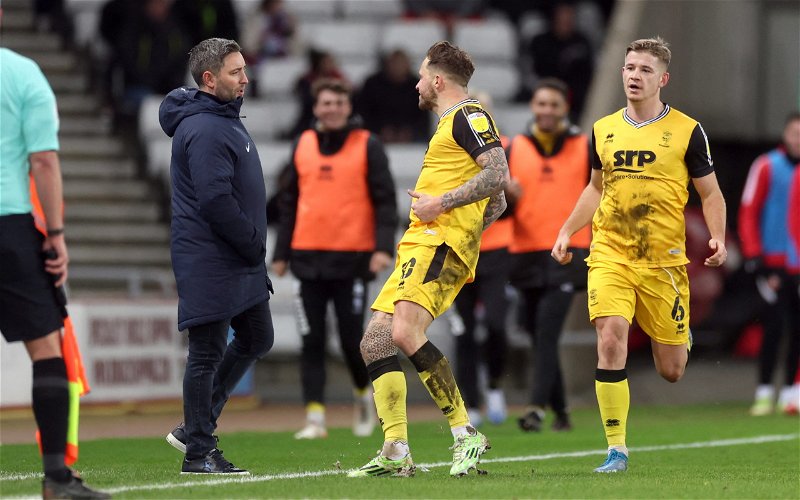 The Vital Lincoln City members’ voted for whom they believe was The Imps Man of The Match in their 3-1 win away at Sunderland in League One.

Views from Chesterimp: “Hard, but not hard. That was a monumental team performance and pretty well any of the starting 11 could get a shout. Poole, Welsh rock of Snowdon proportions, Sanders brought in to do a job and executing it to near perfection, McGrandles immense with and without the ball to name just 3.

But it has to be Maguire. If Carlsberg did returns of the ex, this was it. On a knife-edge with an early booking, to then get a hattrick with a superb opportunistic first, beautifully executed and with a celebration which left everyone in no doubt who he had issues with, a calm penalty and a composed finish for the 3rd. Applauded while going to take his first corner, booed and given the finger for his last, he’ll have loved every moment.”

GreenNeedle: “Too obvious to give it to Maguire but I thought that result was all as a result of the difference Sanders made especially in the first half. Sealed that hole that teams have been running through all season and enabled McGrandles and Fiorini a little more freedom.

Faded a little after 60 minutes but the performance up to then warranted the MOTM. God knows why he hasn’t been playing.”

Eweimps: “Can’t look beyond Maguire for three great finishes but a great team performance particularly Fiorini who I think had his best game for us so far.”

PortMacImp: “It has to be Maquire, not just for the hattrick and shenanigans but also for his sprint from deep, late on, for his third quality finish.

Special mention goes to Regan Poole, who was immense and now showing the doubters why he is so well regarded by many. Also pleased Max Sanders had the opportunity to show us how good he can be.”

syimp: “Not going for the obvious this time. Adelakun, for being involved in two of the three goals, especially that delicious pass bisecting the Sunderland defenders, after so many dud performances.

Someone said, maybe we’ll see the best of him in a fully functioning team.

Have a go at our Lincoln City versus Sunderland Quizzes, published last season (they were all correct at the time they were published). The first quiz can be found below, and the links to the other four can be found HERE: Quiz No.2, Quiz No.3 & Quiz No.4.