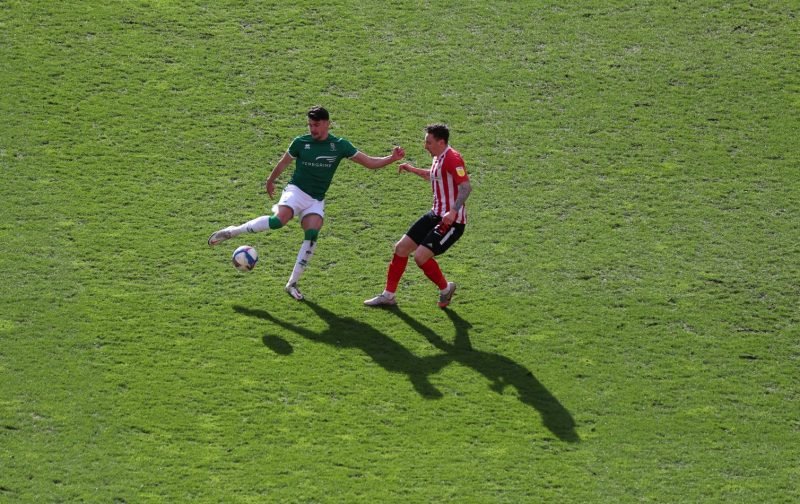 Views from Brendan Bradley following yesterday’s 1-1 draw away at Sunderland in League One: “I don’t like humming and hawing about whether Wyke committed enough fouls to be sent off or whether McLaughlin should have been (that would have been a certain red card in Spain 🙂 the Guardia Civil would probably have arrested him too) because they’re all a bit here and there.

They could say (and will be doing) that Jackson committed two blatant fouls in the first half that could have led to a red card and a penalty.

In the end, we came from a goal down against a team that has good players and is physically strong, albeit not especially inventive, and after our goal we outplayed them. A pity one of the two fantastic chances didn’t go in but a draw was probably fair overall.

Scully made a difference, and McGrandles was super, as was Edun for the most part.

We also looked far less susceptible at the back apart from when our players were tackling each other.”

You can discuss what has been said in this article HERE, as well as many other topics on our 100% Imps forum! We have also published a Lincoln City v Sunderland Quiz, which can be found just below the three things. Every page view helps raise money for Lincoln City Football Club!

Did you watch the match yesterday? Don’t forget to Rate The Players, Vote For Your Man of The Match, Rate The Ref and share your views on our Match Thread!

hulloutpost: “So proud of the players. Fantastic second half and great response to going behind late in the first time whilst on a bad run of results. Deserved to win it second half.

Delighted for MA and all of the players. Take heart from that.”

Croozey: “I enjoyed that. A good game of football. We stood up well to Sunderland, with good performances all over the pitch. I felt Sunderland were playing their own game, rather than trying to spoil ours, unlike teams we’ve played lately. Happy with a point. Palmer played well, commanded his area. Full backs were much improved. Edun did well, and nice to see Morton get a goal. A confidence boost for the players and the supporters. Well done lads.”

Chesterimp: “Richly deserved at least 1 point on that performance, hopefully, dampen down the gloom and doom of the last few days, we are still quite clearly in contention.

Full backs both had good games bar Bramall’s poor clearance, and if he’d put his foot through that chance. Midfield 3 all excellent, Bridcutt Man of The Match for me. Great work by Morton for his goal.”