“Sam Ricketts has won me over after a shaky start.” 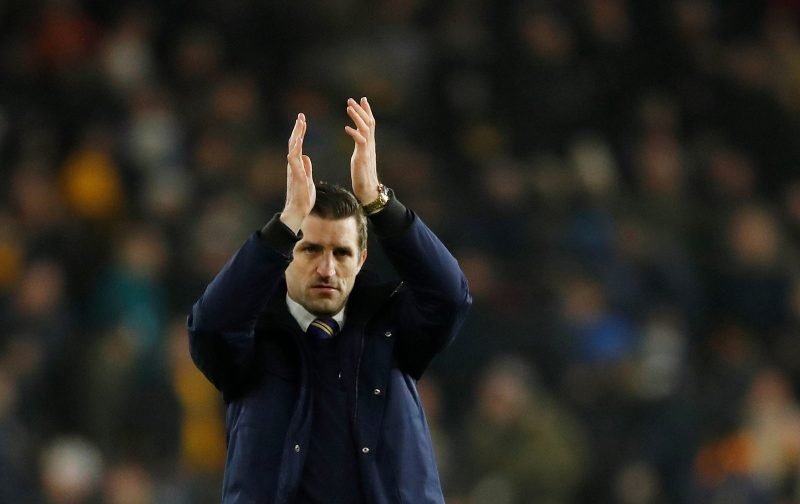 The last time The Imps faced tonight’s opponents Shrewsbury Town at home, it was one of those results I’d rather not remember in a season I’d rather not remember. It was played on Tuesday, 8th February 2011 and the visitor won 5-1 in front of a crowd of 3,202. The Shrews took the lead in the 6th minute thanks to Jon Taylor, but Ashley Grimes made it 1-1 just a minute later, and from there, it just went from bad to worse. The visitors were back ahead in the 13th minute thanks to a Julian Kelly own goal. Lionel Ainsworth scored the other three goals before half time (22′, 24′ & 35′).

Time for the Q&A. Thank you to Shrewsbury Town supporter Darren for answering our questions!

Sam Ricketts has won me over after a shaky start, but he’s put together HIS squad this season and they look a good side. He’s a good young manager who now he’s got his own team can push the club forward.

Who Are The League One Managers? No.19: Sam Ricketts (Shrewsbury Town)

I would take a top 10 finish, after last season that would be amazing progress. A nice run in the FA Cup wouldn’t be a bad thing either.

Jason Cummings, a striker and marquee signing for the club who knows where the goal is and can create something from nothing. Also, Shaun Whalley might be a veteran now but give him the ball and he will get the team going.

Will be interesting to see how the club do without the Cowley’s at the helm. Glad to see you’ve got rid of Matt Rhead, wasn’t a fan of his after the Football League Trophy final. Well run club and good memories of games against The Imps.

Bobby Charlton played one game for Shrewsbury against Zambia in a friendly in 1978, his last ever game.

Lee Frecklington, a cracking player over the years at this level and because always sign him on Football Manager.

What are your proudest and most embarrassing moments as a Shrewsbury Town Supporter?

My proudest moment supporting Salop was raising money so that a young Town fan with cerebral palsy could sponsor Ro-Shaun Williams this season and embarrassing would be travelling all the way up to Blyth Spartans away in the FA Cup only to be beaten 3-1, a very long trip back to Shropshire.

Donald Love, a defender who can do all the tidying up at the back but also get forward to help create chances in the attacking third.

We do, they help bridge the gap between the club and fan base. A big part was getting safe standing in the stadium.

MK Dons away in the League 2 play-off semi-final in 2007, out last season at Gay Meadow. Two goals from local lad Andy Cooke had the away end erupting as we booked our trip to Wembley.

Carlisle at home in 2003, the night we were relegated from the Football League. Can still remember the feeling of emptiness and leaving Gay Meadow deflated.

We don’t but we do have a Hall of Fame.

What’s the best thing about Shrewsbury?

The man behind the theory of evolution Charles Darwin is from Shrewsbury and his statue outside the library is a part of the Town I love to visit.

Shroowsbury, it’s pronounced the same way as you would pronounce the animal but with a bury at the end.

Do you miss the Gay Meadow?

Yes, our current stadium was a must if we wanted to move forward but the atmosphere at Gay Meadow was magic. Being so close to the pitch and the location along the river made it such a unique ground.

Who would you say is your club’s cult hero and why?

Sam Aiston, wasn’t the most technically gifted player to wear the blue and amber but he would put in 100% every game and come up with the odd goal. Used to love seeing him weave his way down the wing and try to get a cross off.

Moving out of town may have reduced the threat of floods but was it really worth it? Is there still a football bus service from town when we visit you?

Moving stadium was a must, we now rarely have games called off compared to multiple a season at Gay Meadow and the stadium is generating money 7 days a week which is helping the club move forward. There is a park and ride service from the town centre to the stadium, but I prefer the picturesque walk through town.

Any fond memories of Wembley?

No, next question… if I had to name one then it would be Stewart Drummond scoring three first competitive goal at the new Wembley.

Maestro, that goal against Charlton in the playoff will go down in history at Shrewsbury Town.

Who are your local rivals?

Used to be Wrexham and Telford United but they are both non-league clubs. So would go with Walsall.

Is Paul Hurst failure at Ipswich and poor start at Scunthorpe a surprise? Would you take him back?

It is a surprise as he was the best manager we had in years and worked wonders to build the squad we had and get us to within one win of playing Championship football. I would love to have him back but pretty happy with Sam Ricketts.

Does anyone like either of your kits this season? Is the purple one a bit pointless anyway as it clashed with Ipswich’s blue kit?

The purple away shirt went down a storm and truly think it’s one of the nicest we’ve had in a while, think the club should release the plain white shirt as it looks classy. Colour-wise it wasn’t the best shout but still a lovely shirt.

"Sam Ricketts has won me over after a shaky start.":https://t.co/09lYE0uk4c#ImpsAsOne #ProudToBeImps #Salop