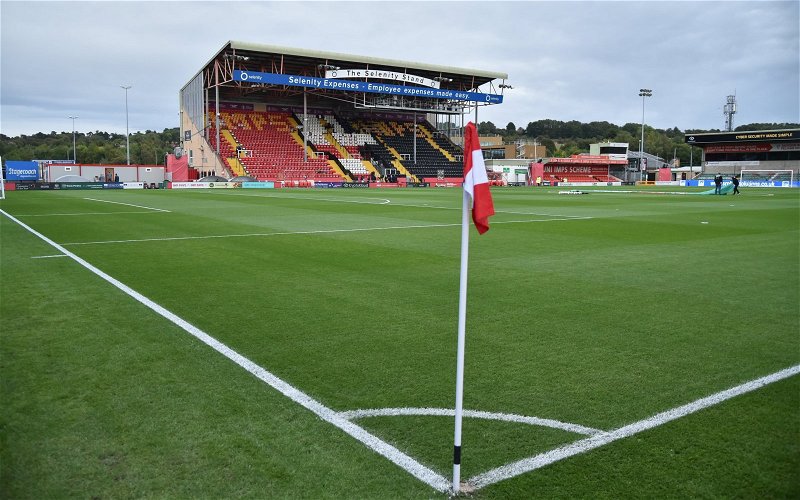 The club are currently in discussions with Conor McGrandles and Liam Bridcutt about their futures, John Marquis and Max Melbourne haven’t been offered new deals, and an option was taken to extend the contract of Sean Roughan.

The following players are under contract for 2022/23:

You can discuss what has been said in this article HERE, as well as many other topics on our 100% Imps forum! Every page view helps raise money for Lincoln City Football Club! We have also published our Spring 2022 Quiz in three parts, which can be found here: Part One, Part Two, and Part Three.

Reaction from Chimpimp: “The retained list is quite the most illuminating piece of information issued by the club for a good while.

What it shows will depend on your point of view.

Only “short term” signing John Marquis and Max Melbourne have left the club.

Our Skipper and his deputy McGrandles are the only other players falling out of contract and we are talking to them.

We have a lot of players on contracts. Too many?

In years gone by, this is a situation we would have dreamed of. Pretty much all our best players under contract and going nowhere, unless we say so.

The other side of that of course is that we probably have players we might like to go somewhere. But there are always pros and cons of any policy.

We have decided to trust our judgement and protect what we hope are assets, our players

Thinking now about Michael Appleton’s reported comments about needing to move players under contract on, the context of those remarks is now obvious.

However, also are the discussion about misalignment and football going in cycles.

…but the flip side is with a fit squad bolstered just by new loans, we already have the basis of another decent season in L1. Perhaps?

The reality is that we are a young squad and some of those players will be better than they were a year ago. Some who to be frank were disappointing in 21-22, may be ready to make a real step forward.

….and young players such as Kendall, House, Wright, Long, Roughan, Eyoma are able to make the squad seem more exciting than the first persual of the names might suggest.

A fully fit version of last year’s squad would be expected to produce significantly better results. Not promotion-chasing but not relegation-haunted either.

But the reality is this is just the starting point.

and in all likelihood, there may still be major departures.

The likes of Archibald, Sanders, Adelakun, just to name the oft quoted ones seemed likely to depart. But they and many more are contracted to be here next year.

Whoever Mark Kennedy doesn’t see a future for, are still likely to be told, we wouldn’t stand in the way of move away.

Then other clubs might want to have the benefit of our contracted players.

Scully, Poole and a few others may have admirers this summer…

…and our new man will likely have a few ideas of who might be brought in to strengthen what is already here.

So on first inspection, nothing much looks like it will change from last season.

But the reality is that the retained squad contracted today, won’t be the contracted squad by the end of the transfer window.”

Views from sedgleyimp: “The Lincoln City retained list is finally out and it is very much as you were in all honesty. The forward planning made over the last few seasons has resulted in there being only five players whose contracts actually expire this summer. We have quite rightly exercised the option to extend Sean Roughan’s deal and are still in discussions with two of our experienced players in Conor McGrandles and Liam Bridcutt. I don’t think there will be any Lincoln supporter who would bemoan McGrandles signing on for a few more seasons. He has been terrific for the last two seasons and will be hard to replace. Whether he signs another deal though is, if stories are to be believed, less based on footballing issues and more to do with a personal wish to return to Scotland. Let’s hope some compromise can be agreed.

The situation surrounding Liam Bridcutt is a little less clear. A fit Bridcutt playing 30+ league games per season is a player any team in our division would want. It is a big if when you consider the frequency of his injuries last season. So what kind of discussion is being held? A pay per play deal? A coaching role whilst retaining a player registration? We really don’t know. Again if some form of compromise can be agreed upon, why not. Again a player who would be difficult to replace at our level.

So in actual players released we have two. They are our scorers from the away win at Plymouth last January in John Marquis and Max Melbourne. Neither is a huge shock. I don’t think Marquis would have joined us in January without the percentage payment of his wages being met by Portsmouth. Melbourne was in essence released some time ago and has played more often on loan than as a Lincoln player in his time with us. Both will go with supporters’ good wishes though. Marquis came in when we needed a goalscorer and started very brightly. His two goals against Sheffield Wednesday will be fondly remembered. Melbourne flitted in and out of the side, but never let us down. His winning header at Plymouth will also be well remembered by those there in the day.

So we are left with the vast majority of the squad still at the club. Does this mean anything for when we kick off on the 31st of July? Not really. There will be comings and goings between now and then. Mark Kennedy will know how he wants his team to play and will quickly assess which members of that retained list will be part of that. He will want some of his own players in as well, and as shown by Michael Appleton’s squad evolution when he got his feet under the table, squads can be changed very quickly nowadays.

Time for a summer break now and see what the future brings.”