Reaction To The New Home Kit 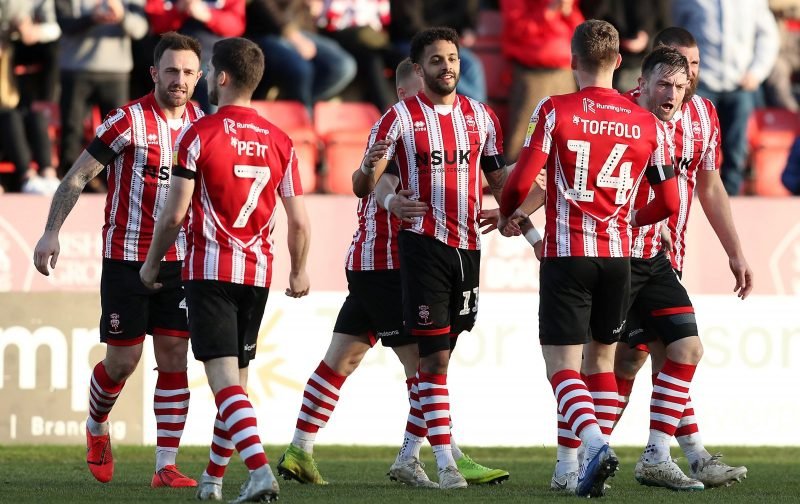 There is always going to be people that don’t like a new home or away shirt that a Football Club release and that is no different on this occasion, as The Imps have revealed their home kit for the 2019/20 season.

I’ve looked at it a few times, on the video that has been posted on Twitter (as seen above) and on the Official Site where there are a few photographs, and I prefer this shirt to last seasons.

Obviously, as usual, the reaction is mixed. It’ll probably grow on people as the season progresses. If we’re doing well on the pitch, how many people will actually care about what the kit looks like?

The truth is I probably won’t buy it. When Danny and Nicky Cowley were appointed, I looked through a collection of Lincoln City shirts that I have, and I chose the 1998-1999 shirt with Alstom on. I absolutely love the shirt and I have worn it at home and away games ever since.

Spilsby52: “Don’t like it, too much red at the side, I just want proper red and white stripes. Personally, think it’s worse than last year which was let down by tyre marks rather than normal stripes.”

Imps2018: “I like it other than the weird patch where the Imp is on under the arms. I like the Imp idea but not how they’ve done it.

PWould: “I am afraid it is only marginally better than last season’s effort. Not keen on the stripes just being central.”

Now let’s get the players we want inside those kits!!”

sedgleyimp: “Back to the shirt….looks fine and some shirts I have dating back to the early 00’s had similar blue sponsorship so no biggie for me. Possibly would have preferred a central red stripe but the Imp and Cathedral markings on the sides are better on a red background.”

Luke Imp: “As a shirt, I quite like it. Personal preference is a collar. Probably not enough stripes for a Lincoln kit, though – it did remind me of Exeter’s as soon as I saw it.

Problem with sponsor logos on a striped shirt is you need a block to be able to see it. It looks far better on the ‘keeper kit.”

Oh, and Harry Toffolo is a fan:

Enjoy talking about The Imps? There are many topics to talk about on 100% Imps, including “What Is The Funniest Chant You Have Heard At A Football Match?” and “Update From Liam”.