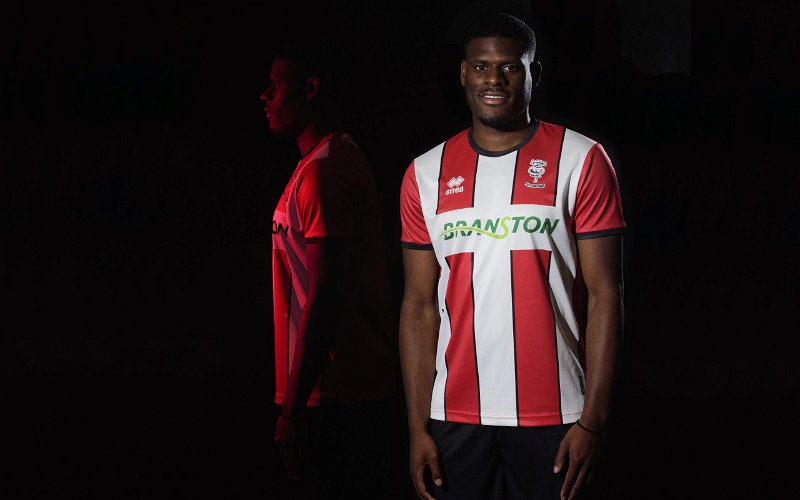 It is that time of the year again. The new home kit is out and people have taken to Social Media and the forum(s) to discuss the design! Yesterday I asked our members for their views on the new home kit.

Views from sedgleyimp: “Lincoln City, as with the majority of football clubs have produced a new kit for the 2022/23 season. It is modelled by the ever-lovely Lewis Montsma on the sales sheets which will undoubtedly lead to more purchases than if it were modelled by the average supporter wearing the XXXL version with that bit of belly hanging out the bottom over the shorts.

The shirt itself is red and white striped on the front and a solid red on the back. It generally fits into a description of ‘alright I suppose’. I’m sure it will sell well for the season of its use.

And there you have the point of sustainability. This time next year we will have another version of the home kit. The year after that yet another one. All will be ‘alright I suppose,’ and be churned out en-masse whilst those un-sold from previous seasons will end up on some landfill for centuries unable to break down. Just once can the club consider more than the coffers and say, “You know what we had a very nice shirt last season so we are keeping it for this one and the one after that.”

I won’t hold my breath as despite everyone wanting to do better for the planet, more often than not the bean counters win over all arguments and that goes for things well beyond a new football top.

Thank you to Lincoln City Football Club for providing the article photograph!

You can purchase this shirt via the link provided in the Tweet below!

Presenting our 2022/23 season home shirt, showing off our iconic red and white stripes. Created using a light performance fabric, featuring the Errea logo as well as Branston as our principal shirt sponsor!