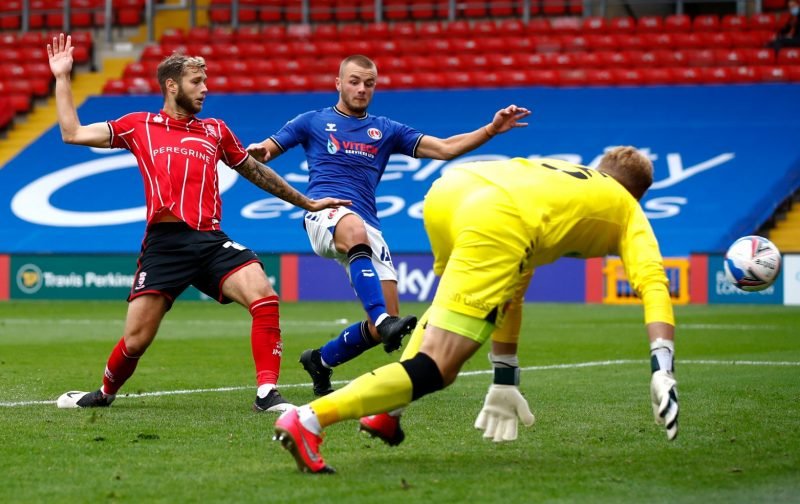 Views from Chesterimp following the sale of Jorge Grant to Championship side Peterborough United: Our player of the season, and one who made the L1 team of the year, has joined unloved local rivals who secured the promotion we were so close to. If we had achieved that promotion, Jorge Grant would still be an Imps player.

On the face of it, that’s a depressing piece of news for all Imps. “Same old Lincoln”. Whenever we find a decent player, we can’t keep them. From Cockerill to Toffolo, off they all go to higher-level football and better contracts, it never changes. But consider Grant’s progress and move in more detail and it’s clear it can change and is changing. This could be good news in the longer term

Grant, signed by Danny Cowley before the 2019-20, was a marquee signing for the first L1 campaign in 20 years. Talented, never breaking through at parent club Forest in the Championship but a series of effective lower-division loans made him quite a catch though he was clearly far from the finished article.

A few months and a new manager later, the half-time hook at AFC Wimbledon was the ‘shape up or shape out’ moment for Grant before Appleton prepared for a clear-out in the January window under a new business model of developing young players and high-quality loans, Grant shaped up, delivered the iconic moment of the season (oh, the irony), and into the strange emptiness of the largely crowd-free 20-21 season, continued to mature as a high-quality midfield player and those accolades.

The contract extension in January was great news, securing Grant for the longer term for Championship football but as it now transpires, safeguarding some value to the club as we failed to achieve that promotion. Good business on both sides as Grant could have waited until the summer before agreeing a new contract or walking away as a free agent.

So, what is different, why is this actually good news? Consider that business model. Although a Cowley signing, Grant is a manifestation of it. Hugely improved as a player to out benefit over the last two seasons, the management have been able to cash in on that despite the ultimate ‘failure’ to secure promotion.

That reinforces the Imps’ pitch to potential replacements and helps attract better quality players, success breeds success. It’s possible the management may also feel Grant’s replacement is already in the house. Tayo Edun is hugely talented but a has a fraction of first-team experience compared with Grant when he joined. A different player but a versatile, skilful and dynamic midfielder of potential if the management see that as his best role. Max Sanders is different again, but another player who will improve with experience.

Best of luck Jorge, you’ve been one of the best players I’ve ever seen in an Imps shirt. All true Imps will bear you no malice for the decision and the destination though we’ll all revel in the irony should the Posh and the Imps pass in opposite directions at the end of next season.