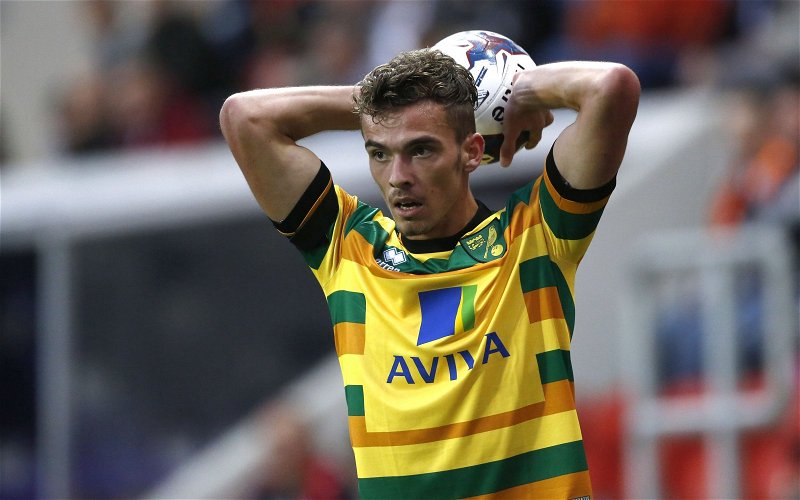 It was announced yesterday that The Imps have signed former England Youth International defender Harry Toffolo, who joins on a two-year deal following his release from Championship Club Millwall.

Toffolo is a product of the Norwich City Youth setup. He was part of the under 18 team that won the FA Youth Cup in 2013. Toffolo has made 10 appearances for England as an under 18, under 19 and under 20.

– Norwich City U23 stats not included in our table.
– Millwall release date is the date it was announced on their Official Site.

Speaking to the Official Site, Danny Cowley said: “He’s a 22-year-old who already has vast experience having played in the Championship and League One, while doing very well in those loan spells away from Norwich.

“He was a big part of Norwich’s team that won the FA Youth Cup, and he’s a really bright young player with a fantastic future in the game ahead of him. To have 10 England Youth caps, it shows we’ve got one of the best left backs at his age.

“He had lots of options, and lots of offers in League One, and the fact he’s trusted us to continue his development is something we should be really pleased about.

In my own honest opinion, I think Toffolo will slot straight in at left-back. He is a very promising young player and I believe he will shine under Danny and Nicky Cowley. He and Bruno Andrade are exactly the sort of players we need to be signing to help us push for a top 3 finish next Season!

The 22-year-old left-back has become The Imps second signing of the summer following the arrival of Bruno Andrade and he (Toffolo) can’t wait to get started:

“It’s exciting, it’s a club that once you’re given an opportunity from, everyone would say yes,”

“The first thing Danny Cowley said to me was that coming to Lincoln would give me the opportunity to play in front of 10,000 people, and to do that with Lincoln City is fantastic.

“The focus is on Lincoln City, and you don’t understand how much I’m relishing this opportunity. I want to be part of it.”

hulloutpost: “We have desperately needed another left back at the club. Sam’s absence during the run in unbalanced the back four and our offensive options badly at a crucial time. This looks like another quality and probably key signing.”

Luke Imp: “Definitely needed another LB, so this one is pleasing. When Sam was out, it certainly hindered us and closed the pitch on that side. Personally, I think he’ll end up as our first choice LB.

He’ll know Raggett from Norwich, Margetts from Scunny, Neil Harris at Millwall knows DC and NC well so quite a few connections there.”

Scotimp: “Another left-footed player was an absolute must, and he is a player who admits to being an attacking wing back – entirely in keeping with the Cowley way.

He was playing for England U20 less than 3 years ago. Looks a terrific signing, particularly on top of Andrade joining.”