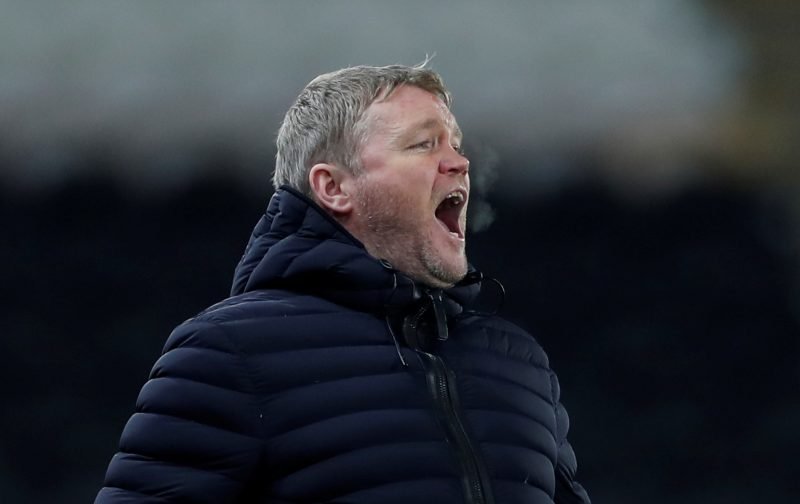 The last time The Imps hosted today’s opponents Hull City was on Saturday 28th February 2004, in front of a crowd of 7,069. The hosts won 2-0 that day, thanks to goals from Peter Gain (78′) and Paul Mayo (85′). Steve Tomlin was the man in the middle on that occasion.

First up, the answers provided by Ant:

How long have you supported Hull City?

Last season was a disaster. I aren’t a fan of his Plan A and no Plan B, but we’ve done far better than I expected us to this year. Still have slight reservations about his ability in the Championship, but he deserves another crack.

I thought we’d be in another relegation scrap, just because of the toxic atmosphere and losing mentality possibly being carried over. Mid-table consolidation was my aim, so we’re far exceeding that so far.

Keane Lewis-Potter, Mallik Wilks, George Honeyman, Greg Docherty and Josh Magennis. Our front 3 have nearly 50 goals between them, and Honeyman leads the charts for assists. Docherty is our box to box engine, with the ability to score from anywhere.

Possess some great attacking threat, and probably punching above their weight in terms of League Position this Season. Thought Lincoln were strangely negative in both games at the KCOM this Season. Hoping for a more open game.

Jorge Grant, as he is a spectacular mercurial talent and would push this side to another level of goal threat.

What are your proudest and most embarrassing moments as a Hull City supporter?

The proudest moment is probably attending the FA Cup Final, or our first-ever Europa League game against Trencin.

Most embarrassing is definitely losing 8-0 to Wigan last Season.

Josh Magennis. 17 goals now from the big striker, but doesn’t seem to be getting any recognition outside of our fanbase. Crucial to the way we play, and a handful for most defenders with his strength and aerial presence.

We do, and they actively engage the owners trying to get an effective means of communication between the fans and the owners to resolve issues or propose any improvements to the Club for the fanbase.

Which was your favourite match involving Hull City?

The Play-Off Final against Bristol City, 2008. Dean Windass, a local hero scoring a peach of a volley to send us to the Premier League for the first time in our history.

Which was your least favourite match involving Hull City?

Any match against Burnley usually. We always tend to play poorly and lose 1-0 haha. But truthfully, the Wigan game last Season.

Do you have a Former Players Association at Hull City?

I aren’t sure, haven’t seen one so would guess not.

What is the best thing about Hull?

Hull is completely different to the rest of the Country. We’re a close-knit City with a strong resilience and traditional values. The City is proud of its history and celebrates that through its display of picture-Esque City centre locations and friendly populace.