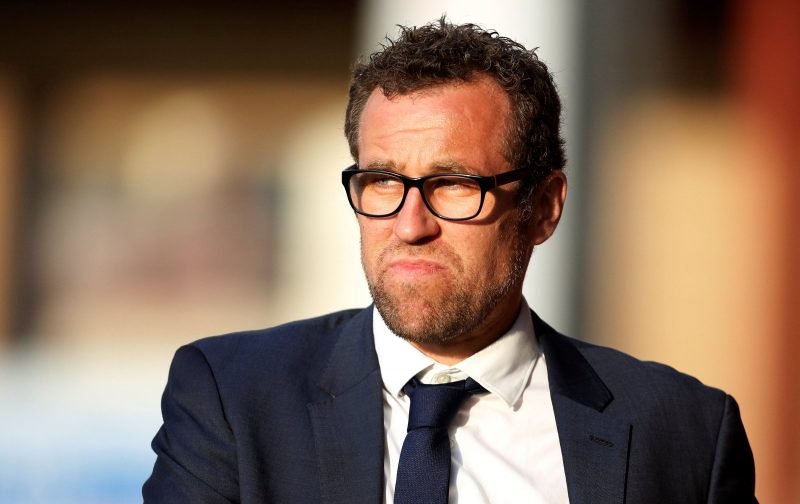 The last time The Imps hosted today’s opponents Crewe Alexandra was on Saturday 6th October in front of a crowd of 8,718, including 173 away supporters. City won 1-0 that day, thanks to a Tom Pett goal in the 58th minute. Lee Frecklington had a penalty saved in the 83rd minute by Ben Garrett.

First up, the answers provided by Mark:

How long have you supported Crewe Alexandra?

I’m 43 and a lifelong fan thanks to my friends at school growing up who went before me.

We finished last season top of League Two and were on course for our first-ever championship. Sadly, PPG relegated us to second place behind Swindon. We had every chance of winning the league outright and so far, this season has backed that theory up.

Our Manager is comfortably the best we have had since Dario Gradi. We are very lucky to have him. He’s totally behind the ethos of the club. His recruitment has been absolutely superb, and he doesn’t just sign ability. He signs characters too. He’s very diligent and it’s certainly paid off. He has played youth, and sold youth to keep the club going financially, worked with one of the lowest budgets in the football league, and still been successful on the pitch. That takes some doing. And on a side note, I spent some significant time in hospital last year and he came to see me. He’s remained in touch ever since. He’s a top guy.

What are your hopes and expectations for the 2020/21 season?/strong>

We have already surpassed my expectations this season. When the fixtures came out, I wondered where we’d get a win from in the opening two or three months. I was happy to stay up and anything else would be a bonus. Now I think every fan is secretly hoping we sneak a playoff spot, however unlikely it might seem. We are a good team.

Charlie Kirk is one to watch. Was subject of a bid from Charlton on deadline day but didn’t want to go. Obviously, Harry Pickering is now officially a Championship player but still with us on loan. I could go through the whole squad picking names out but those two seem the obvious two.

It’s almost impossible to predict the top six right now. If you look as far down as Gillingham, every club still has a chance. Somebody will sneak into the playoffs late and I hope it’s us. I doubt today’s top six will be the top six in May. It’s going to be a really good few months.

The bottom four looks a little easier to predict. Probably the four who are there now, Wigan, Rochdale, Northampton and Wimbledon.

I like Lincoln. You’re a similar size club to ourselves and did incredibly well under previous management and have just kept building on that. You could certainly hold your own in the Championship. You appear a well-run club with a realistic group of fans. If I’m honest you’ve overachieved what I would have predicted at the start of the summer but it’s good to see.

You seem to be struggling with injuries right now, and the results haven’t been great. Obviously, I’m hoping we can take advantage of that and so I’ll say 1-2. We usually need to score at least two to win!

We have started two teams in league games, which were made up 100% by academy graduates and won both games.

I wouldn’t have wanted James Jones to leave. No idea how he’s doing for you, but I’d have been more than happy to keep him. Aside from that Grant is another obvious choice.

What are your proudest and most embarrassing moments as a Crewe Alexandra supporter?

Proudest moments are easily the two games I’ve mentioned where we fielded two academy 11’s and won both times. They probably even surpass the Wembley wins just because they are they recognise the whole ethos of the club.

The embarrassing moment is a bit harder. I don’t have too many, but I spent a couple of years convincing a friend of mine to come and watch Crewe play. He finally gave in and opted for a Boxing Day game vs Man City and we called the game off about 20 minutes before kick-off!

At the start of the season, it was Omar Beckles. Took a while for him to settle but you could see he was going to be a top Centre Half. More recently probably Luke Murphy. A lot of his work often goes unnoticed. But not by me!

We have ‘The Railwaymen’ independent supporters society. A fabulous group of fans who have a huge impact on the football club. I could write a full essay on their achievements regarding club ownership and communications between club and fans. It’s certainly worth researching them and we are very fortunate to have them. Since their formation and the subsequent work they have done, the future looks as bright for Crewe Alexandra as it has for a very long time.

Which was your favourite match involving Crewe Alexandra?

Any win against Port Vale is up there as a favourite match. The three Wembley wins are also up there. The JPT area final first leg at Coventry is also a classic, but for me, Luton away in the play-off semi-final in 1997 along with Southend away in the play-off semi-final 2012 are my joint top two games. The days and nights were absolutely amazing to be a part of. But over the years there have been many good days and nights.

Which was your least favourite match involving Crewe Alexandra?

My least favourite game is also a play-off semi-final second-leg. At home to Bristol Rovers. We had drawn 0-0 at Twerton Park and Darren Rowbotham put us one up in extra time in the second leg. The ground was absolutely bouncing, and I thought we were going back to Wembley. They equalised at the end and went through on the away goals rule. We lost without losing the game and it still haunts me to this day!

Do you have a Former Players Association at Crewe Alexandra?

What is the best thing about Crewe?

The best thing about Crewe itself is of course the club and its fans. After that, I’m going to say the hospital that have taken amazing care of me during the last two years through significant periods of ill health.