Q&A With One Sunderland Supporter 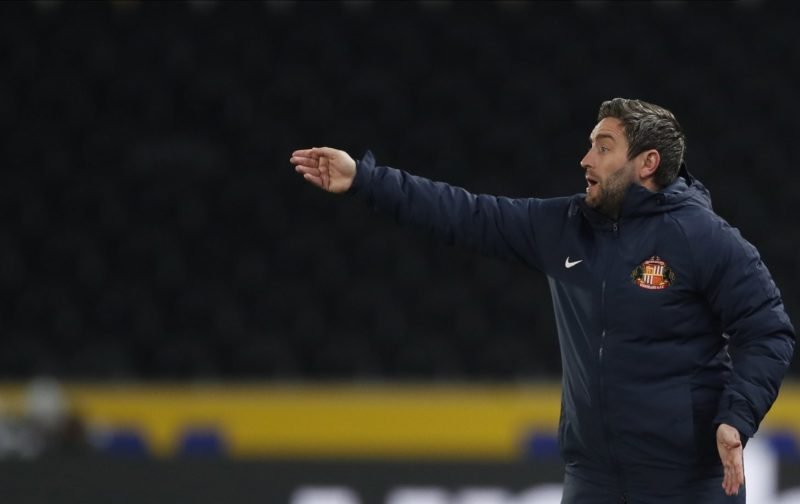 Ahead of tonight’s match, we have done a Q&A with one Sunderland supporter, so thank you to John (Speak Sunderland) for answering our questions!

I’ve supported Sunderland since 1994. My dad took me to Roker Park to watch a drab 2-2 draw with Reading and I was hooked believe it or not.

Last season due to Covid and the dreaded PPG system we finished with our lowest ever finish of 8th in League One.

Lee Johnson. Is he the answer? An honest appraisal of Johnson. Pros and cons from what you’ve seen so far?

Johnson was a good appointment for me. I think he’s been a bit of a mixed bag so far. He gets my backing regardless of what division we are in next season. There’s been very good signs of progress but also we have been on a wretched run going into the play-offs. Pros are we’ve got Charlie Wyke banging them in (31 in all comps) and Mcgeady back showing what he can do. The cons are we have so many inconsistent players going through the motions here. Johnson had them on fire during our unbeaten run but then they’ve just fallen off a cliff.

Promotion by hook or by crook. Disappointed not to get into the automatics especially with it in our own hands but it’s still doable.

The obvious ones are Aiden Mcgeady and Charlie Wyke. Mcgeady has 14 assists since December and Wyke has 31 goals in all competitions. Jordan Jones on his day is class as is Lynden Gooch. With this team though you never know who’s gonna turn up.

To be honest you have to expect the likes of Portsmouth and Peterborough to be there with ourselves. Add Hull even though they were poor early on this season against us. Charlton always have a go and Ipswich you would have expected to be strong. Hasn’t worked out that way though.

Quite an easy one this. You have to go with the likes of Rochdale, Northampton, and Swindon. Bristol Rovers I didn’t expect to struggle so that was a surprise although I’m delighted for Mr. Barton. A couple of other teams you know will struggle but manage to scrape out of it.

Very good side. You were top when we played you at your place and you should have been 2-0 up but we managed to beat you 4-0. You play some good football and I did follow your progress under the Cowley brothers.

It’s a big ask but I’d like a 2-0 at your place. It’s going to be tough, anything but a loss I’ll take back to ours in front of our fans.

Lost to Charlton once 3-1. We scored all 4 goals with our striker scoring 2 own goals.

I’d probably take Liam Bridcutt. For this level, he’d be decent. When he played for us in the Premier League he didn’t quite cut it. Think he’s played centre-back for you which we could do with at the moment.

Proudest for me is my son being a mascot away at Plymouth and also taking him to Wembley. Embarrassing there have been a few. We know about the off-field stuff so I won’t go there. You can’t get away from double relegation then still being in league 1 for 3 years plus.

I’d probably go with Lynden Gooch. Yeah, he can be frustrating at times but he’s one of the only ones to keep trying and plugging away. Gets put in loads of positions and always gives it a go. If he found some real consistency then he would not be here.

We have the Red & White Army which was set up a few years ago and is in the process of becoming a trust. Its main role is to give the fans a real voice within the club and keep the continual dialogue going between the boardroom and the fanbase.

There’s been a few but I’d go with the 3-0 at home to Newcastle under Sam Allardyce. I can watch it back now and I’ll be in floods of tears.

Lost 4-1 at home to Newcastle and I’d sold a Newcastle fan a ticket and he sat next to me. He left pretty sharpish and that was probably for the best.

I believe there is one. I know the club have a lot of former players on match days in the hospitality suites especially the 1973 FA Cup-winning players.

It’s a beautiful place but I love the people. So friendly and welcoming. Hard workers and they love their football.

Are we the team Sunderland wanted to face in the play-offs?

I’m not sure. All we wanted was a home tie in the 2nd leg. I think we just didn’t want to play Charlton or Portsmouth.

Will we make Sunderland ‘Til I Die season 3?

No, I don’t think so. We’ve been very open and I think it’s time to leave it for now. A lot of scrutiny and things we probably didn’t need to know and it affected the players and managers. I love the series but both end with heartbreak.

How do you think your club would fare in the Championship with the current squad?

Current squad wise we’d struggle massively. A lot of these players are too inconsistent for this level never mind the level above. Thankfully a lot of them are out of contract so whichever league we are in next season I wouldn’t expect to see many sign new deals.