Q&A With One Blackpool Supporter 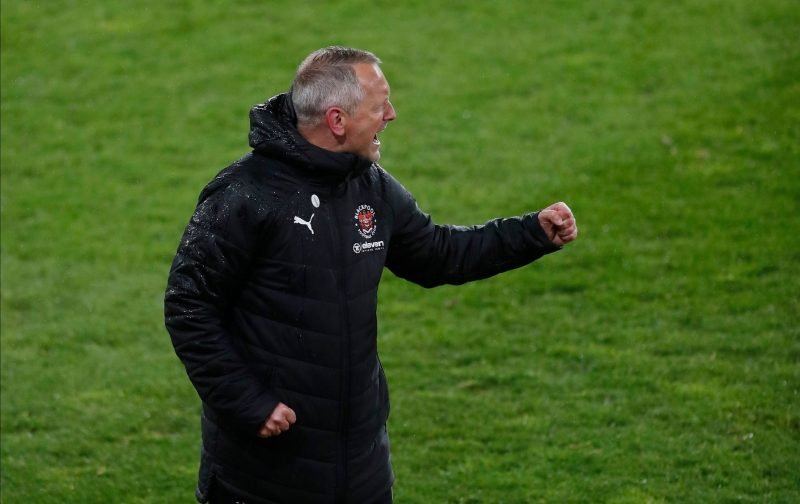 When The Imps faced Sunday’s opponents Blackpool at Bloomfield Road earlier this season, City won 3-2, thanks to goals from Jorge Grant (25′ PEN, 85′ PEN) and Lewis Montsma (88′). The goalscorers for the home side that day were CJ Hamilton (17′) and Demetri Mitchell (82′). James Husband was sent off for the hosts in the 84th minute.

When the two sides met at Sincil Bank in April, City came from two goals behind to secure a truly vital point. Ellis Simms put the visitors ahead in the 37th minute and Sullay Kaikai made it 2-0 just after half-time (48′). Anthony Scully pulled one back in the 75th minute, and Brennan Johnson completed the comeback just 9 minutes later.

Ahead of Sunday’s match, we have done a Q&A with one Blackpool supporter, so thank you to Jane (@blackpooljane) for answering our questions!

You can discuss what has been said in this article HERE, as well as many other topics on our 100% Imps forum! We have also published a Lincoln City v Blackpool Quiz, which can be found at the bottom of the page. Every page view helps raise money for Lincoln City Football Club!

Upper mid-table? Wasn’t looking at the table at the time. We weren’t very good!

Love what he’s done with the place! Cleared out the troublemakers, brought in some good boys, and is developing them really well.

I put money on us to win the league. We just had a bad start, otherwise, we’d have done it too.

They’re all really good! Jerry Yates and Ellis Simms will be a handful up front.

I wouldn’t write anyone off at the start of the season.

You’ve had a brilliant season and fully deserve to be where you are. Your fans are lovely. I’m gutted we won’t be playing you next season.

Gary Madine was the joint top scorer in the FA Cup this season.

I don’t really know any! I tend to focus on my own team.

What are your proudest and most embarrassing moments as a Blackpool supporter?

Proudest: Winning promotion to the Premier League in 2010.

Most embarrassing: FA Cup defeats to Hednesford and Yeovil.

There have been so many! Forest away in the 2010 playoffs. Cardiff in the final that year. 6-3 away at Swansea. 5-2 at home to Burnley.

Most matches under Nigel Worthington.

What is the best thing about Blackpool?

The slogan used at Liverpool Academy is ‘TABS: Technique – Attitude – Balance – Speed’ – how much of that have you seen in Neil Critchley’s style this season?

Yep, that sounds about right. They all have a great attitude. Their tekkers is constantly improving. There’s a good balance in the side. And Hamilton and Mitchell are like lightning!

Why do you think it took so long for Blackpool to find their feet this season? New manager? New players?

I think they got carried away with a great pre-season and their confidence was knocked by early results.

Has the threat from AFC Fylde disappeared?

You wake up tomorrow morning and Neil Critchley has been replaced by Ian Holloway; do you:

a) welcome him with open arms
b) run away screaming
c) convince yourself that the National League isn’t such a bad place?

He did a brilliant job here. We were a perfect fit. But he left very suddenly, lied about why and has been too complimentary about our former owners in the press. He wouldn’t be welcomed back by many. So (d) none of the above. We’re very happy with Critch thank you very much.

Is Valeri Belokon still around and does he have any input into the club?

No. He’s had his money and is no longer involved. We have a new owner now who owns 100% of the club. It’s a clean slate.

How difficult was it to not attend matches under the Oyston boycott?

It became so uncomfortable to be at matches, I didn’t want to attend. I suffered very badly mentally from having no football. I ended up volunteering at my local semi-pro club to get my football fix.

Are there any donkeys going spare from Blackpool’s beaches? Grimsby are putting a new squad together and need players.

First our llamas, now you want our donkeys as well? How much Plumbread are you offering…?