Q&A With One Accrington Stanley Supporter 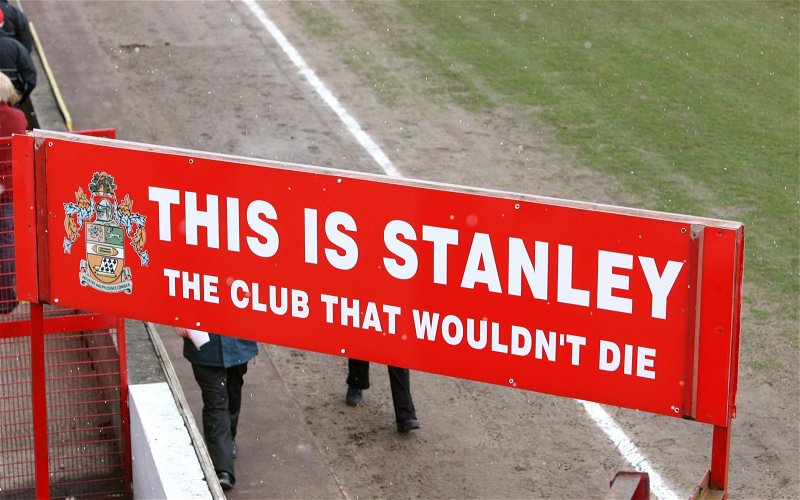 The last time The Imps hosted tomorrow’s opponents Accrington Stanley was on Sunday 14th February 2021 with a kick-off time of 18:00, following it being postponed the day before due to a frozen pitch. This match finished 2-2, with Dion Charles putting the visitors ahead in the 6th minute. Morgan Rogers made it 1-1 in the 53rd minute and Tom Hopper put City ahead with just six minutes of normal time to play. However, Dion Charles scored his second of the match in the 90th minute to make it level.

Ahead of tomorrow’s match, we have done a Q&A with an Accrington Stanley supporter, so thank you to Tony for answering our questions!

If you would like to get involved with the conversation on 100% Imps, you can join our Lincoln City v Accrington Stanley Match Thread! Every page view helps raise money for Lincoln City Football Club!

Born in Accrington and living in Canada, always been a Stanley fan and was able to travel back to Accrington to see their first home Football League match in 2006, after an absence of 44 years.

John Coleman is a living legend in Accrington, enough said.

What are your hopes and expectations for the 2021/22 season?

They have changed since the beginning of the season when I had them challenging for a play-off spot. That has changed to hoping for a mid-table finish. Three factors have contributed to this, the selling of CB/FB Cameron Burgess and not being replaced, long-term injury to midfielder/winger Joe Pritchard and the decision of Dion Charles not to play for Stanley. He scored around 20 goals last season and that’s hard to replace.

The two players at the moment to watch are midfielders, Harry Pell and Ethan Hamilton. If you want to know why check out the goals, they scored against Fleetwood in the Papa John’s Trophy. Also, Harry Pell’s free-kick goal away at Charlton.

Lincoln are having a mixed season like us but your results in the past five matches indicate you are showing signs of improvement. I like Michael Appleton as a Manager. Lincoln always plays us tough, if you score first odds on you’ll win.

I’ll take a 2-2 draw right now to stop the bleeding.

Stanley is one of only two EFL teams never to play at Wembley.

Probably Anthony Scully as we are desperate for a goal scorer.

What are your proudest and most embarrassing moments as an Accrington Stanley supporter?

Winning promotion to the EFL in 2006.

I have to say striker Colby Bishop, he doesn’t get enough credit for his hold up play.

Yes, and they do a great job in fundraising and creating a great environment for away fans.

The away win at Luton with Billy Kee scoring in injury time to pretty well secure promotion to League One.

Has to be the last match of the League Two season when we drew at home to Stevenage, it cost me a few quid that day. First-time all-season Stanley didn’t score at home. That result still stings to this day.

No, but the Supporters Trust have started to bring veteran players back as match day guests. Just this season they had Willie McInnes as the guest of honour. Willie was the GK in the 1954 season which is considered by many to be the best Stanley team of all time. Also, the podcast Across the Pitch has a veteran’s series which interviews legends from the past.

Have a go at our Lincoln City versus Accrington Stanley Quizzes, published last season (they were all correct at the time they were published):