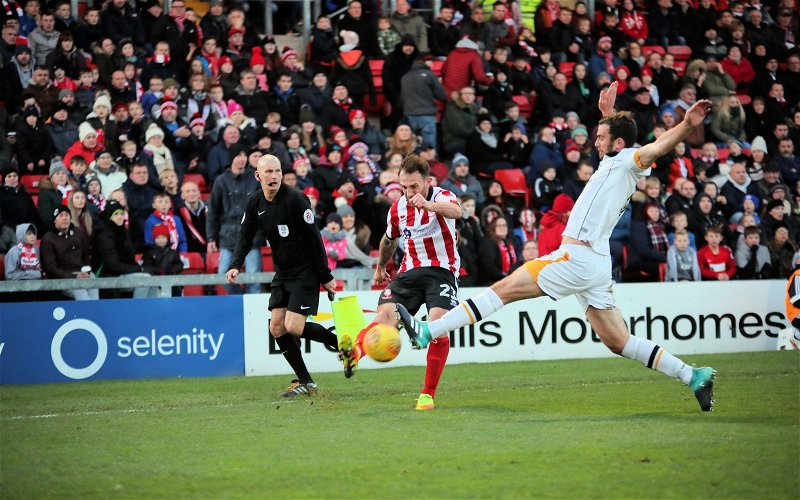 Ahead of tomorrow’s game against Port Vale, we take a look at the current form of both sides, Scotimp’s views from the Season Preview and past meetings between the two sides.

2016-17 was a bizarre season for Port Vale. The appointment of Portuguese manager Bruno Ribeiro in June 2016 was a bold move which inspired chairman Norman Smurthwaite to predict a League One play-off place for his club. Ribeiro immediately imported 10 players from various European leagues, which inspired the bookmakers to predict nailed-on relegation. Guess who was right? Ribeiro departed in December after a poor start, and caretaker manager Michael Brown simply oversaw the remainder of a season which never got going. Vale failed to score in six of their last seven games and were finally relegated on the final day following a draw at Fleetwood (0-0, predictably). Despite having had little impact on proceedings, Brown was named manager on a permanent basis in May and immediately released 15 players (since when two more have chosen to move on). Vale Park hero Tom Pope has returned from Bury, although his 4 goals from 37 games last season does not suggest a return to his more prolific days. Tyrone Barnett has plenty of experience too, although his return of just 2 goals in 36 games last season for AFC Wimbledon does not promise a glut of goals to come either. Young Huddersfield striker Rekeil Pyke could prove effective in League Two, and Lawrie Wilson from Bolton looks a good signing. Season ticket sales have held up very well, with 3,199 sold by the end of June. Michael Brown had a baptism of fire in management last season, and this season will be no less of a challenge. With everything in a state of flux after relegation, a huge turnover on the playing side, and the club currently up for sale, a return to League One at the first attempt seems remote.