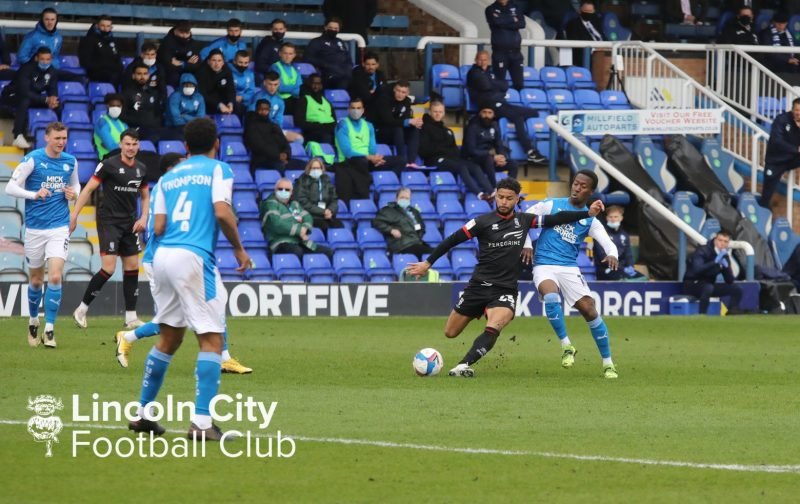 Following Saturday’s 3-3 draw away at Peterborough United in League One, I asked the Vital Lincoln City members what three things they learned from the match.

You can discuss what has been said in this article HERE, as well as many other topics on our 100% Imps forum! We have also published a Lincoln City v Peterborough United Quiz, which can be found just below the first three things. Every page view helps raise money for Lincoln City Football Club!

1. I have been watching football and a City supporter for over 45 years, a mere slip of a lad compared to several on here. In that time you really think you must have seen it all. Surely nothing can leave you literally speechless, you jaw quivering on the floor and your gast so disturbingly flabbered. Today I was proved so very wrong in this assumption. The most unbelievable and universally decried decision that I have ever had the misfortune to see. Not even the Peterborough players thought is was a penalty. That sole person was the referee. Now I am not one for throwing accusations of corruption against any person as the burden of proof upon that is very high and I can accept genuine mistakes. But this just passed a level of incompetence that was quite shockingly bad. The referee showed no indication of this up to that moment and it is still difficult to fathom. You can set your team up as best as you can, but just sometimes it is out of your control.

2. We are in the League 1 Play-Offs. Just let that thought drift over you for a quiet moment. Four years ago we were celebrating getting back into League Football. How many of us realistically thought that we’d be planning for Play-Offs to get into the Championship in such a short time period. Will we be the underdogs in them?. Probably but none of the other teams will fancy playing against us and we are very much in with a good chance of prevailing in them.

3. Liam Bridcutt needs to be put on ice and preserved for the remaining games and the Play-Offs. His 60 minutes today were fantastic. His tactical and planned substitution happened when we were 3-0 up. It was necessary but his missing break up of play just in front of the back line was noticeable. What we need now is to be able to get him to do a full 90 come the 18th or 19th of May and beyond. He is vital to us.

And here’s what Chesterimp said:

1. John Busby should not referee a professional football match again. It’s not just Lincoln supporters saying that. The level of incompetence to award that penalty beggars belief.

2. If Walsh, Bridcutt, McGrandles, Grant and (despite the miss) Hopper get maximum minutes in the play-offs, and the rest of the squad remain fit, we’re in with a chance.

3. Fate is a cruel, cruel mistress. We’ve had some outrageous bad luck in recent months with injuries, poor decisions, and the 96th minute today took the biscuit. Note that the ref last week had the match finished on the dot of his added 5, despite the winning team’s time-wasting in that 5. We’re due a break. Keep the faith.