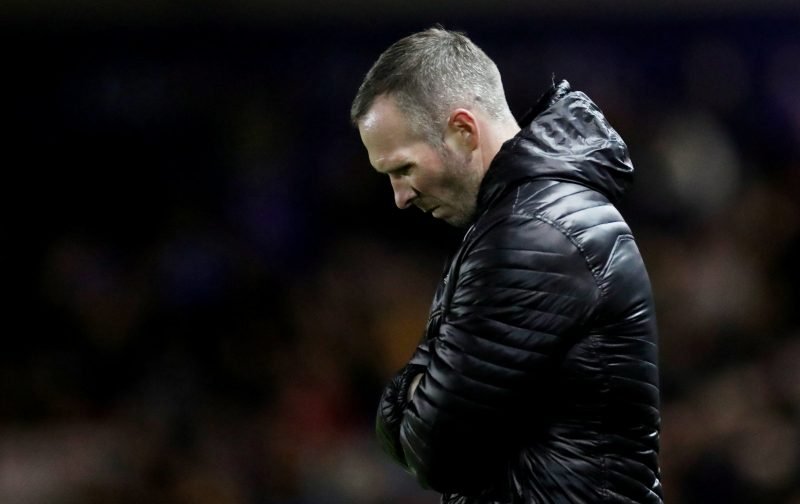 Views from hulloutpost following today’s 3-1 defeat away at Oxford United in League One: “I’m not going to get involved in the happy clapper v doom monger baiting as all opinions are only that. FWIW these are mine.

The manager had to deal with a significant illness and player recruitment was further hit when it became clear that the division was going to be a tougher prospect in terms of the financial muscle of many clubs following the relaxation of financial caps. It has since emerged that we have already missed out on some favoured targets.

My expectations are that we will not finish as high this season as we did last time out.

For whatever reason, the club have suffered from fairly unprecedented injuries to many players and that has contributed further to a difficult and truncated pre-season.

There have been some decent passages of play in the games so far but the team has looked a little lightweight and out of sorts at times. This is only to be expected taking into consideration the number of early-season games for a depleted squad to contend with. It is not only the issues caused by workload, but the effects of having to play people out of position and use unfavoured formations in the extreme example seen at Oxford.

The latest league defeat away at an in-form Oxford is disappointing but is not cause for an overreaction.

There will be further signings to strengthen the squad in the key areas that have been identified. Many players will return to training and become available over the next month or so. The next fortnight is a great opportunity to be treated as an extension or catch up on the pre-season preparation that has been missed and so badly disrupted. The Bradford game can be treated as part of the preparation process within that; it doesn’t matter in the greater scheme of things.

We have a good opportunity to resume the league season strengthened, refreshed and with 41 matches, yes 41 matches remaining and only 4 points away from the top half of the table.

Reasons to be cheerful, optimistic and forward-looking – many.”

You can discuss what has been said in this article HERE! Did you watch the match today? Don’t forget to Rate The Players, Vote For Your Man of The Match, Rate The Ref and share your views on our Match Thread.

Brendan Bradley: “Second half better as everyone has said, but then again, it really had to be.

A shame that just as we starting to look like we were getting back into the game we conceded the penalty.

A positive at least was that we finished the game strongly and showed what the team could do when it moved the ball around a bit. Bishop looks as good a Grant replacement as we could have hoped for.

It’s not really possible to judge anything yet until we have a squad that’s 90% fit and available.

PerthImp: “Much, much better second half. MA sorted the structure out (which he should have played from the start) and they played so much better, with increased belief as the half went on. In the end, they looked like they were enjoying it and playing as they should. Bishop is a superb player. Adelakun looked a decent CF when he got put inside – certainly better than playing wide. Bridcutt played his normal role second half and looked a lot happier and more effective. Sorensen also had a decent second half. Fiorini played really well coming on – looked composed and played some lovely short passes. All the damage was done in the first half until MA sorted out the structure. Bishop easily MoM. Just get through Tuesday and hopefully get a few players back after the international break. With any luck, we may get at least one player in before the transfer window closes as well 🤞. Hopefully have more to cheer about in September. Up the Imps 👏👏.”

imps_joe: “Always disappointing to lose, but none of us can say that was surprising. Very limited players available and I think Appleton would agree his tactics were off the mark to begin with.

Sounded like we were much improved in the second half after the slight reshuffle but Oxford deservedly take the points. Good to see no one blaming Josh today!

The real (and obvious) concern is the current state of the squad. Not only are we not full strength, but those players will be so far away from full match fitness and gelling together. Never known a Lincoln team to be this decimated by injuries in August.”