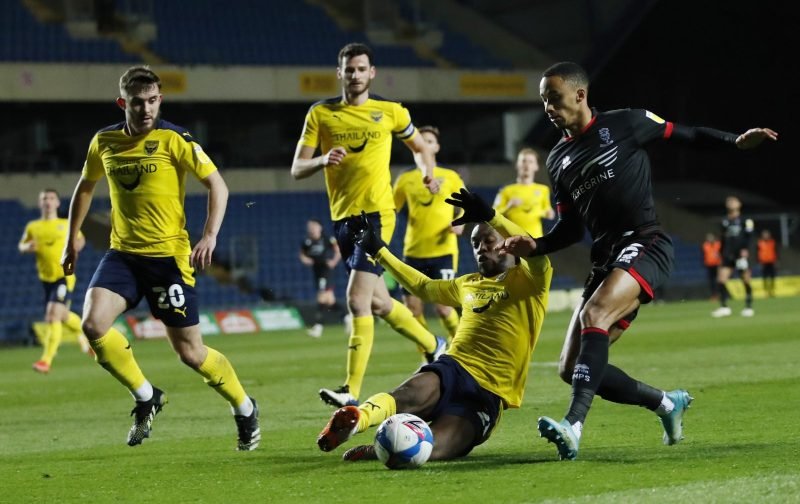 Views from hulloutpost following Friday night’s 2-1 defeat away at Oxford United in League One: “Leaving aside the disappointment of the league position slipping away, I would rather look at the overall situation.

I will be surprised if there have been many younger Lincoln sides than that which played the second half.

I can see what the players are trying to do in a positive, exciting and structured way. Today the passes weren’t there, the defence got bullied at times but in the final analysis, it was small margins where a defensive error and the drop of the ball was the only difference between a point and a defeat.

I can see a clear structure as to where this side is going and with youth on their side they will get stronger, smarter, more consistent and polished.

Another transfer window is required and if MA gets that right and we have some luck with injuries, we are not far away from having a side that can really blossom next season.

In the short term, take a much-needed rest and then scrap like dogs for the remaining 27 points. Form is a fickle mistress and injuries are crippling us but there is a play off spot to be had still and then you just never know.”

You can discuss what has been said in this article HERE, as well as many other topics on our 100% Imps forum! We have also published a Lincoln City v Oxford United Quiz, which can be found just below. Every page view helps raise money for Lincoln City Football Club!

Have a go at our Lincoln City v Oxford United Quiz below:

imps_joe: “It’s the gamble that teams like us have to take. You sacrifice depth for a better quality starting 11 or so. We simply can’t afford quality and depth. It was work extremely well up until Christmas, but the condensed season and covid cases have ripped through our squad since then.

Apart from Palmer, the entire spine of our team is injured. Painfully unlucky.”

Chesterimp: “See the usual are out and gunning.

That Was an EFL Trophy group stage team out in 2nd half and it showed.

Missing two most experienced centre backs, the division’s best defensive and creative midfielders, a striker who holds the ball up beautifully and one of the best young attacking talents in this league.

Factor in players feeling the effects of covid and fatigue ( Jones, Montsma, TJ, H) and that’s almost a whole team.

One sloppy moment for the second goal, an injury and rough side of some poor refereeing have cost us.

Auto gone, need to hold on to for the play-offs and get those missing players back.

We’re still well ahead of where everyone predicted. Celebrate that.”

The Imposter: “I’m not normally one to knock refs, but he was shocking tonight – players got away with persistent fouling and deliberate time-wasting. The Oxford players were pretty blatant in doing both and barely anything was done about it.”