“Over the entire game we probably deserved a point, but you can’t play like we did in the first 20.” 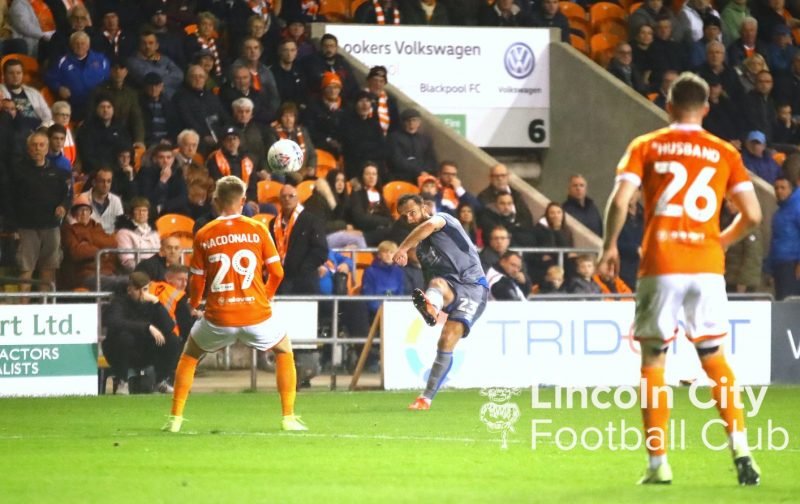 Views from Joseph Lovett following Friday’s 2-1 defeat away at Blackpool in Sky Bet League One: “Over the entire game we probably deserved a point, but you can’t play like we did in the first 20, make basic mistakes throughout the game and expect to win. Blackpool were pretty average. They played some good football at times, we’re very physical, better finishers and masters of gamesmanship. For a lot of the game, we did the defending work for Blackpool by just giving the ball back to them.

We’re far too easy to get at and that’s a lot to do with our ineffective midfield partnership. I was amazed to see the same starting line up and formation, particularly with Connolly starting. Though he was better than on Saturday, he’s still fast enough or good enough or on the ball to play in midfield. I’d like to see us playing him at centre back. Morrell was again a shell of the player he was at the start of the season and Anderson looks low on confidence.

After the first 20 mins we really grew into the game, but just weren’t quite good enough in front of goal and struggled to get up the pitch quick enough. Bolger must have been the player with most touches the entire game, but every time he had it the lack of movement in front of him was obvious. Really happy Payne deservedly opened his Lincoln City account and hopefully, he’ll kick on. Eardley was my man of the match closely followed by Bruno.

Not the best performance, but at least we saw some progress. This is going to be a long season but we need to give Appleton time.”

Did you go to the match on Friday night? Don’t forget to Rate The Players, Vote For Your Man of The Match, Rate The Ref and share your views on our Match Thread!

Luke Imp: “The feeling from me is that it’s a bit more acclimatisation needed and tweaks rather than anything OTT needed, especially this season.

I certainly don’t look at the squad and think it’s poor and needs major surgery.”

johnolbe: “Very enjoyable game, deserved a point and competed all the way. Their first goal was actually against the run of play as we started very well and were on top. Easy to criticise Morrell for the 2nd but sometimes it’s just brilliant individual skill that creates a goal so just admire it.

They had done their homework well, they let Bolger have the ball from every goal kick by shutting down Shacks and Toffolo knowing Bolger and Eardley are limited and more predictable with their distribution, very Cowley like tactics.

Watching The highlights and dissecting the goals and slating the likes of Morrell for his part in both goals is wrong and unfair. He takes the ball in tight spaces and doesn’t hide so if you play through the midfield mistakes will happen. Most times he keeps possession and starts our attacks and overall he had a good game and close to MotM.

There were several obvious tweaks to the style looking at the overall game live that perhaps wasn’t picked up on iFollow but signs were encouraging so can’t be too downhearted.”

"Over the entire game we probably deserved a point, but you can't play like we did in the first 20."https://t.co/FOdtzf8v7N#BlackpoolFC #ImpsAsOne #ProudToBeImps