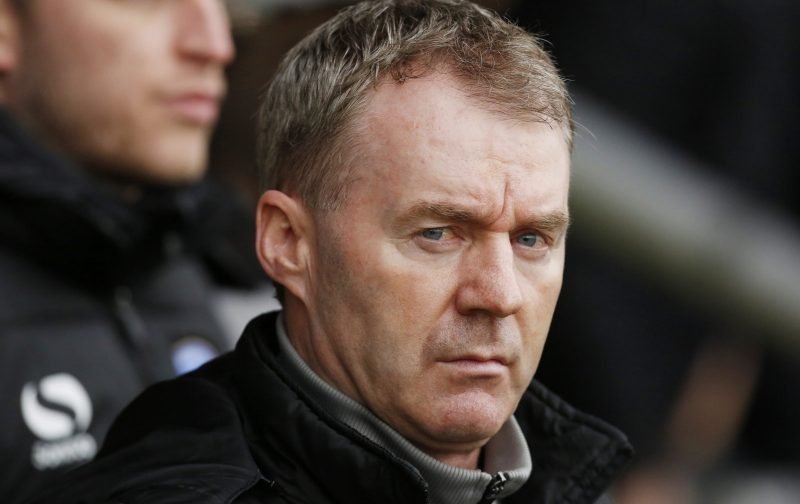 The last time The Imps hosted tomorrow night’s opponents was on Saturday 11th August 2018, in front of a crowd of 8,405, including 491 Swindon Town supporters. City won 4-1 that day, thanks to goals from John Akinde (10′ PEN), Michael Bostwick (29′), Harry Toffolo (79′) and Matt Green (82′). Michael Doughty scored for the visitors in the 44th minute from the penalty spot.

Ahead of tomorrow night’s match, we have done a Q&A with a Swindon Town supporter, so thank you to The Artist Formerly Known as Audrey from The Town End Forum for answering our questions!

You can discuss what has been said in this article HERE, as well as many other topics on our 100% Imps forum! We have also published a Lincoln City v Swindon Town Quiz, which can be found at the bottom of the page. Every page view helps raise money for Lincoln City Football Club!

How long have you supported Swindon Town?

Top of League Two via point per game.

Dinosaur. Seemingly no tactical nous, zero motivation, bit of a bully, he doesn’t trust any player with a modicum of talent and the sooner he’s gone the better.

20th would be nice but, to be honest, we looked nailed on for relegation.

You don’t want to be watching any of our lot, unless you need a laugh. Any player that was worth watching has been either jettisoned by Sheridactyl or forced their way out.

Very progressive. Impressive how the momentum has kept going. Dropping to non-league has been the making of the club.

After all, I have just said I reckon a draw – based on nothing more than a hunch.

The stand where I first stood in 1968 is exactly the same today – bar a few plastic seats. A damning indictment of our club.

Anyone who can score a goal.

What are your proudest and most embarrassing moments as a Swindon Town supporter?

Proudest – winning the League Cup at Wembley in 1969.

Embarrassing – virtually every game this season.

None of them are underrated.

Yes. But for Covid they and the present owner were about to purchase the County Ground from the Council on a 50/50 basis.

Which was your favourite match involving Swindon Town?

Which was your least favourite match involving Swindon Town?

Again, most games this season. The level of ineptitude is breath-taking at times.

Do you have a Former Players Association at Swindon Town?

What is the best thing about Swindon?

It’s close to nicer, other places that are not Swindon.

Any idea who owns your club yet? Is it Power or Gareth Barry?

Anyone’s guess. It was always going to unravel when Power decided to get out of Dodge. Heaven only knows what skeletons there are likely to be found rattling around the CG.

Why can a club with your catchment area for fans not sustain League One football?

Same as any lower league club – poor ownership. Keeping most of last season’s squad would have given us a comfortable season with a decent manager. Employing the Sheridactyl is almost perverse.

What do you consider to be Swindon’s natural level, and are you happy with being in League One right now?

League One is about right for us with the occasional flirtation with the POs and maybe a lucky season where everything clicks. For clubs unprepared for the Championship, I reckon getting promoted could ruin a club. But you only have to look at what were our historic rivals for years – Watford, Reading, Brentford – with the right ownership you can shift the dynamics.