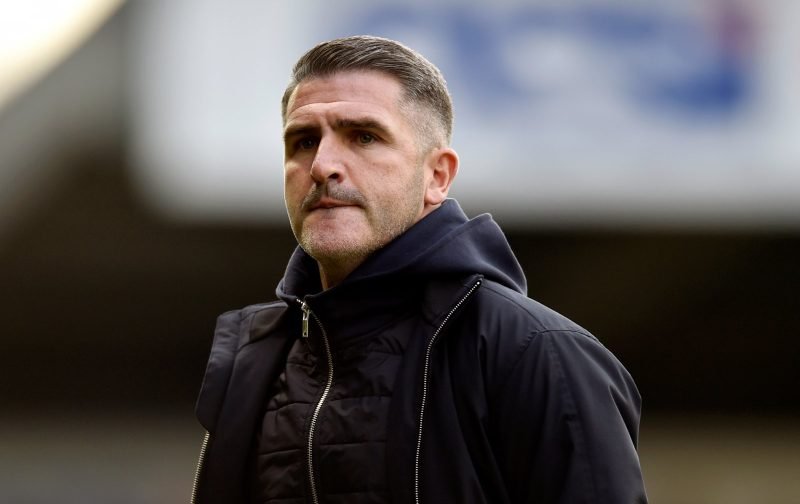 The last time The Imps faced today’s opponents Plymouth Argyle at Home Park was on Wednesday 20th November 2013 in the First Round of The FA Cup (replay), following a 0-0 draw at Sincil Bank. Argyle were in League Two at the time, while The Imps were in the Conference, and the hosts won comfortably 5-0 that night, thanks to goals from Reuben Reid (4′, 24′ PEN), 35′), Lewis Alessandra (5′) and an own goal by Andrew Boyce (65′).

Ahead of today’s match, we have done a Q&A with a Plymouth Argyle supporter, so thank you to Lewis for answering our questions.

If you would like to get involved with the conversation on 100% Imps, you can join our Plymouth Argyle v Lincoln City Match Thread. We have also published a Lincoln City v Plymouth Argyle Quiz, which can be found at the bottom of the page! Every page view helps us raise money for the Football Club!

How long have you supported Plymouth Argyle?

My first match was at home to Oldham in April 1972.

3rd following the curtailed season. Promoted based on points per game.

Ryan Lowe has been a breath of fresh air after the previous incumbent Derek Adams had lost the dressing room in the end. However, he does appear tactically naïve especially away from home where we don’t seem to have a plan B.

Who Are The League One Managers? No.17: Ryan Lowe (Plymouth Argyle)

I would be happy with a mid-table finish, however, the bar was raised higher with our start but our away form is definitely a cause for concern.

Danny Mayor (divides opinion amongst our fans with lack of end result but frightens the life out of opposition as he frees up space for other players in our team) Luke Jephcott (returned from a loan spell from Truro City last season and has been hitting the target on a regular basis ever since).

My main memory of Lincoln is attending a Lincoln V Argyle match back in the ’80s where some home fans were attacking Gilbert Blades your chairman at the time. I was sat in the main stand that day (very hostile atmosphere).

The biggest city in England never to play in the top league.

Not your actual player but it would be Alex Palmer (excelled for us last season).

What are your proudest and most embarrassing moments as a Plymouth Argyle supporter?

The most embarrassing moment would have to be a 2-0 defeat to non-league Stourbridge in the FA Cup.

Joe Edwards (100% effort guaranteed) no matter what level of performance.

We do have a supporter’s trust but I would say they are nowhere near as influential as a lot of other clubs.

Which was your favourite match involving Plymouth Argyle?

A 2-1 win at Chesterfield (dubbed the battle of Saltergate where we only had 8 players on the pitch, Chesterfield 9, at the end.

Which was your least favourite match involving Plymouth Argyle?

Do you have a Former Players Association at Plymouth Argyle?

We have an Argyle legends team who play occasional games and somebody who organises occasional ex-Argyle players reunions.

What is the best thing about Plymouth?

I would say the Barbican & The Hoe.

Was your relegation a couple of seasons ago a blessing in disguise? Out of the four who came up from League Two you seem at the moment to be by far the best suited to League One. If you hadn’t have gone down, would that improvement have been likely?

Nobody saw the relegation coming 2018/2019 season, as with a month to go were reasonably safe (did not pick up a point In April).

The manager (Derek Adams) had to go as he had completely lost the plot and we have made what seems at present to be a good appointment in Ryan Lowe.

The club was (unplanned) a beneficiary of the Bury collapse. Are Plymouth finances or governance a worry at this time?

Obviously, we are struggling like most other clubs during lockdowns no fans, but we currently have a fantastic chairman in Simon Hallett but who has really backed the club through COVID. However, he says he will not loan the club any more money during this pandemic.

Is geography a factor why Torquay, Exeter and Yeovil have all spent time outside the EFL and should this worry you?

Geography does not help in attracting quality players down hear and some players struggle to settle. We recently nearly went out of the league relying on other teams results on the final day to stay in League Two so we should never take Football League membership for granted.

Apart from the obvious travelling issues how else do you account for the disparity between your home and away results?

At home, we currently seem to have a game plan which works, but away from home, we are too easy to beat. I don’t think travelling can be blamed for this, as since Ryan Lowe came he has completely changed the preparation for away games.