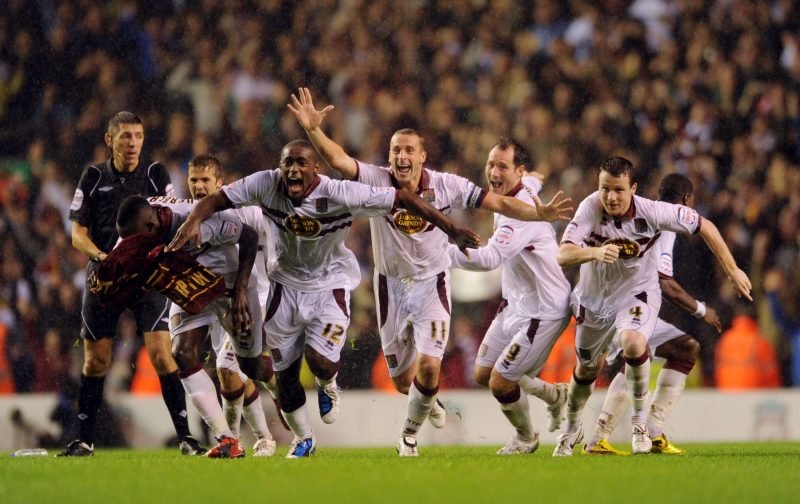 The last time The Imps faced today’s opponents Northampton Town at Sixfields was on 4th August 2018, in front of a crowd of 6,242, including 1,453 City supporters. The Imps won 1-0 that day, thanks to a diving header from Matt Green in the 48th minute.

How long have you supported Northampton Town?

7th in League 2, promoted via play-offs.

He rescued us from the foot of League 2 and got us promoted within two seasons. But his brand of football is desperately dull. So mixed feelings.

Who Are The League One Managers? No.14: Keith Curle (Northampton Town)

Just to stay in League 1. We were promoted by stealth and then lost the backbone of the side in the summer. The replacements have not set the world alight. We started the season the lowest-ranked team in the division so any place above the drop zone would be a big bonus.

Lincoln have a good shout, not a fan of your manager but a good coach. I expect Ipswich, Charlton, Sunderland and Portsmouth to be up there and probably, hate to say it, Peterborough.

Northampton will do well to stay out of it. I think we will be battling Burton, Wigan, Swindon and MK.

Well, I remember Graham Taylor’s side of 1976 and some top tussles for the Division Four title. So, I have always had a grudging respect for the Imps. Matches between us are usually tight and rarely easy on the eye. Appleton will do well for you.

Northampton have to show a reaction to an awful defeat at Oxford and Lincoln have also slipped up in the last week. It has to be a draw. 1-1.

The late Joe Mercer said ‘the miracle of 1966 was not England winning the World Cup, it was Northampton playing in the First Division’.

What are your proudest and most embarrassing moments as a Northampton Town supporter?

Proudest – winning the play-off final at Wembley in front of 32,000 Cobblers fans in the club’s centenary year, just a few years after nearly going under.

Most embarrassing – a few to choose from but a 6-0 defeat at Peterborough in 1984 will take some beating.

We do, our Trust was the first-ever and was at the vanguard of the supporter movement. I am chairman and proud to lead a group of hard-working volunteers striving to make our club better.

Which was your favourite match involving Northampton Town?

Beating Liverpool at Anfield in the League Cup in 2010. Can it get any better?

Which was your least favourite match involving Northampton Town?

George Best scoring six goals for Manchester United in an 8-2 FA Cup win in 1970. Always on the telly. They never show our two goals.

Do you have a Former Players Association at Northampton Town?

What is the best thing about Northampton?

Do you think your team is cobblers?

We are not playing well at present. They may be cobblers, but they are our Cobblers!

Bolger, is he all that?

Have any fans been standing on the hill and watching half the game at Sixfields?

It has been known. Don’t think home fans have bothered of late though.

Is it possible that you may move to a new stadium before you’ve actually finished building the one your currently in?

Now that’s a thought! A new stadium will probably go up quicker than the bloody east stand. We leave the three-sided County Ground in 1994 and, a quarter of a century on, hey presto here we are again at Sixfields. Only in Northampton.

Has there been any progress with the fraud investigation? It seems inconceivable that such a large amount of money has just disappeared.

I understand the police investigation should conclude early next year. It’s only been five years. These things take time. Everything in Northampton seems to take time. We are forever wading through mud. It’s what we do.