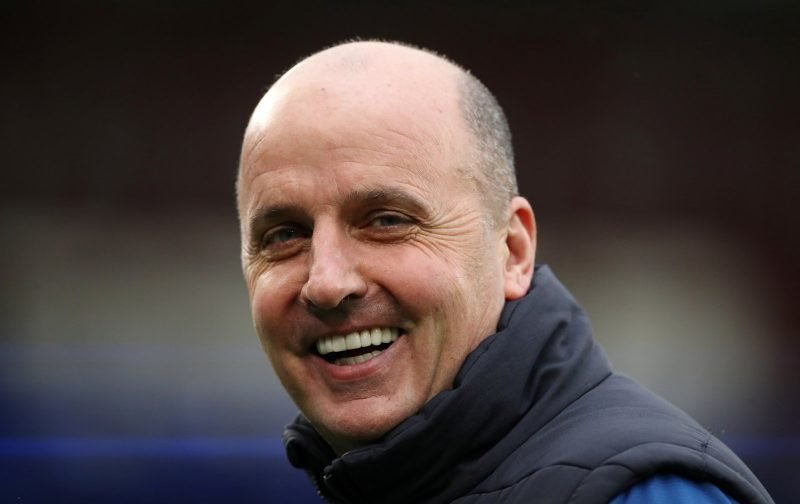 The last time The Imps played tonight’s opponents Ipswich Town at Portman Road was on Saturday 25th January 2020, in front of a crowd of 18,795, including 749 Imps. A header from Luke Woolfenden in the 44th minute was enough to secure all three points for the hosts that day.

Ahead of tonight’s match, we have done a Q&A with an Ipswich Town supporter, so thank you to Matt for answering our questions!

If you would like to get involved with the conversation on 100% Imps, you can join our Ipswich Town v Lincoln City Match Thread! We have also published a Lincoln City v Ipswich Town Quiz, which can be found at the bottom of the page. Every page view helps raise money for Lincoln City Football Club!

Approximately 30 years now. I have been going since I was a few years old.

What do you think of your manager? What was your immediate reaction to the appointment of Paul Cook?

Absolutely delighted, he’s had an incredible journey as a manager at his level before and it’s the right fit for both us and for him it feels. Ipswich fans haven’t had a lot to be happy about for a while, so fingers crossed, we’re finally going to have something to celebrate if not this season, then next.

As much as I would love for us to finish in the top 6, I just don’t think we have the right mentality as a squad to do it, we have far too many players, yet barely any of them seem to ‘want it’. If we can’t make top 6, the minimum expectation really is to see Cooks’ style showing in upcoming games to show we are progressing.

Alan Judge – He has the ability to control the pace of phases of play in the final third, brings others into the game and creates his own opportunities.

James Norwood – Our best striker, a nuisance for defenders and will battle for every ball.

A very tidy outfit, organised, well drilled, and play without fear, would need some work if promoted, but definitely, a strong candidate for top 2 this season and I think you’ll make it. There are not many teams in this league that create the number of opportunities Lincoln manage and you’re quite good at getting a penalty or 2 :).

It’s going to be a difficult game and can’t see too many chances for both sides, and despite your injury problems, we are still struggling to create much, so I’m going for a 1-1 draw.

We turned down the opportunity to sign Paul Gascoigne!

Brennan Johnson, direct, agile, knows how to fall ;). What’s not to like?

What are your proudest and most embarrassing moments as an Ipswich Town supporter?

Of course, I can say winning the FA Cup, Europe etc, but that was before my time, so since I’ve been supporting them, the proudest moment was finishing 5th in the Premier League, at the time it was unprecedented for a side to do so well just after promotion.

Most embarrassing was seeing Lambert given a 5-year contract. There will be many results over the years that could claim to be embarrassing, but that 5-year deal made absolutely no sense and I don’t think it did to many outsiders.

Andre Dozzell, always an argument starter on the Ipswich Forum. One of the best passes of the ball at this level, however, there are plenty that would happily see him dropped, it’s incredible really, he’s had a torrid time with injuries, and he’s now finding his own at this level. If teams don’t take him seriously, he will hurt them.

We do; however, you barely hear about it, there was, funnily enough, a club statement today about changing the way they interact with fan groups etc and they have things in the pipeline. Sadly, the club and its relationships with its supporters has declined over the years.

Ipswich v Inter Milan, 2001. Alan Armstrong scored the winner in a 1-0 first-leg victory at Portman Road, a full house, midweek game, it was incredible, I can still hear the North stand singing.

Grimsby 3-0 Ipswich in 2002. The game which saw George Burley sacked, a very wet, miserable night knowing that George would be going, in my time as a Town fan, George was and will always be a hero and that game will also be remembered for the wrong reason.

I’m unsure if anything official, but we do have a proud history of keeping relationships going with previous players, Terry Butcher for example is on the coaching staff, Mick Mills you’ll hear on the radio every game, we see members of the 78 and 81 squads at many games. We’re hoping more may return in the future in more official roles within the club itself.

What is the best thing about Ipswich?

It’s had a lot of bad press over the years, but you do have the waterfront, which especially in the summer is a fantastic place to visit, the town itself like many has become a bit ‘commercial’ but it’s still pleasant and the pubs crawls are fantastic!