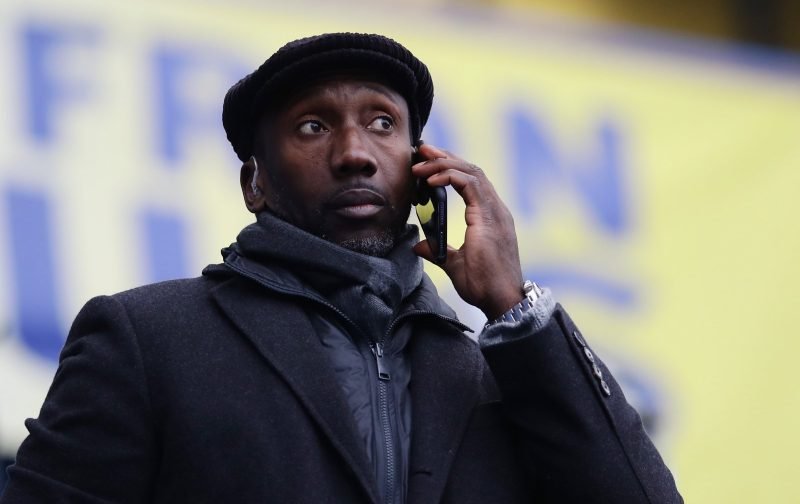 The last time The Imps played tonight’s opponents Burton Albion in the Pirelli Stadium was on Saturday 7th December 2019, in front of a crowd of 3,782, including 1,333 away supporters. City won 2-0 that day, thanks to goals from Harry Anderson (2′) and Tyler Walker (90+3′).

Ahead of tonight’s match, we have done a Q&A with a Burton Albion supporter, so thank you to Chris for answering our questions!

If you would like to get involved with the conversation on 100% Imps, you can join our Burton Albion v Lincoln City Match Thread! We have also published a Lincoln City v Burton Albion Quiz, which can be found at the bottom of the article. Every page view helps raise money for Lincoln City Football Club!

I have supported Burton Albion since the age of 10. I am now 25.

Last season we finished 9th in the table.

I think Jimmy Floyd Hasslebaink is a great manager. He has only been at the club since January, but he has performed miracles to almost keep us up.

My hopes at the start of the season were that we would be challenging for the playoffs but that all changed and now it is just for us to stay up this season.

Hayden Carter: A brilliant signing at Centre Back from Backburn in January.

Jonny Smith: A great signing who just players with ease and scores and makes goals.

Joe Powel: Has a wand of a left foot, very technically gifted, can create so many opportunities.

The teams that I think will finish in the top 6 are Hull, Peterborough, Sunderland, Lincoln, Blackpool, Oxford.

The bottom four teams will in my opinion be:- Swindon, Rochdale, Bristol Rovers and Northampton.

My thoughts on Lincoln City as a club are that you are very much like Burton Albion a small club that has had a lot of success over the years rising through non-league to get to the Football League.

I think the score will be 2-1 to the Brewers.

We are the only team in the EFL to be unbeaten away from home in 2021.

One player I would take from Lincoln would be Morgan Rogers as he’s a quick skilful player who can score as well as assist goals.

What are your proudest and most embarrassing moments as a Burton Albion supporter?

Proudest moments would be winning League Two trophy, getting promoted from League One, beating Derby County twice in the Championship.

The most embarrassing moment would be the start of this season up until January.

The most underrated player would be Ryan Edwards because he just keeps running for the whole match and doesn’t stop.

We don’t have a supporters trust at the club.

My favourite match involving Burton Albion would be beating Cambridge United on the final day of the 2014-15 season.

My least favourite match involving Burton Albion would be all the ones we didn’t win this season up until Jimmy Floyd was appointed manager in January.

What is the best thing about Burton?