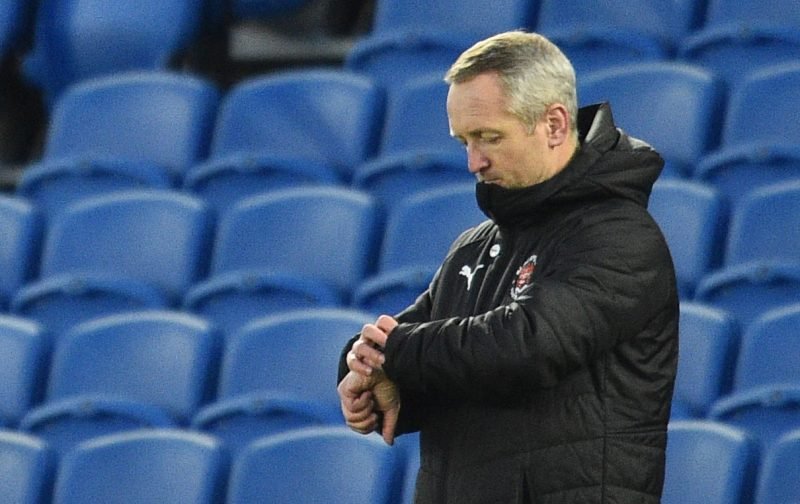 The last time The Imps hosted today’s opponents Blackpool was on Saturday 18th January 2020, in front of a crowd of 8,929, including 741 away supporters. The Imps won 1-0 that day. The hosts were awarded a penalty in the 19th minute, taken by Tyler Walker and saved by Mark Howard. Tyreece John-Jules scored the only goal of the match in the 63rd minute to give City all three points.

Ahead of today’s match, we have done a Q&A with a Blackpool supporter, so thank you to Jane (better known as Blackpool Jane) for answering our questions!

Since I fell in love with football during Italia 90.

No idea. Mid-table? I lost the will to live with them (well Simon Grayson, mainly) long before the season ended.

I love Critch! He’s very keen to learn and develop himself and his players. He’s doing a smashing job and he’s very likeable. I do think he’s part Vulcan, though, as he never shows emotion and he follows the science.

I put money on us to win the league after a brilliant pre-season. We had a stuttering start to the season but we’re getting into fourth gear now ready for the run-in.

Jerry Yates is in frightening form up front, with 20 goals, including 6 in the last 4 games.

Us, Hull, Sunderland, Posh, Ipswich and hopefully you.

You’re my second favourite team in League One. You seem really down at the moment and I hope things pick up for you. After you play us, obvs…

At one point we had scored more goals at the Millennium Stadium than Wales.

I’m very happy with the lads we’ve got at the moment, thank you.

What are your proudest and most embarrassing moments as a Blackpool supporter?

Proudest has to be winning promotion to and playing in the Premier League. Those were crazy days. I’ve never been embarrassed to be a Blackpool fan. Although we have had some shocking FA Cup exits against Hednesford, Yeovil and Torquay.

Ollie Turton. He puts in a good shift wherever he’s asked to play.

Yes. They had a massive hand in getting our former owners out of the club, for which we’ll always be thankful.

Beating Cardiff at Wembley to win promotion to the Premier League. It was an amazing day.

There have been many, mainly in midweek in freezing conditions when I just want to go home.

Do you have a Former Players Association at Blackpool?

What is the best thing about Blackpool?

It’s a happy place. I love that it’s unpretentious. It’s a very visual town with the Tower, Piers, Pleasure Beach, coastline, etc. And there’s something to make you smile everywhere you look.

You had a pretty bad start to the season, but have more than turned it around since. Was there any serious consideration to replacing your manager when you were bottom 4 last October?

We had a lot of new players as well as a new manager and they were always going to be allowed time to bed in. Under Grayson, who lasted longer than he should have done, we could see no sign of improvement; indeed performances deteriorated week on week. With Critch we know he has a vision and we can see him making notes on the touchline every week and he gives an honest account in every post-match interview, analysing what went well and what could be done better. He was never going anywhere.